21 Aug 2013 09:03 #5376 by AquaVerde
FYI: The DST proposes a smart and effective alternative for the presentconcrete-iron septic tank construction. The DST is designed using strong and sturdy foils to construct a double tank system. Concrete is no longer needed.

In the same way small ABRs could be constructed without concrete...

21 Aug 2013 09:14 #5377 by Florian
Hi Detlev,
I am not sure if I got it right, but from the drawings it looks like the whole tank is underground like a classical septic tank. So I think you would also need a structure (concrete or brickwork) to maintain stability of the underground tank, wouldn't you?
What I have seen a lot in Vietnam are biogas digestors made out of plastic foils, of course they were used mostly for animal manure, but toilets can be connected as well: [url=http://]http://www.fao.org/ag/aga/agap/frg/Recycle/biodig/manual.htm[/url]
Regards, Florian

21 Aug 2013 09:38 #5379 by AquaVerde
in www.aaws.nl/images/stories/DST_overview_concept.pdf
it says Bamboos straws to strengthen...
www.aqua-verde.de
"simple" Sanitation-Solutions by gravity
Low-Tech Solutions with High-Tech Effects
"Inspired by Circular Economy and Cooperation"
www.flickr.com/photos/aqua-verde/
You need to login to reply
Less

21 Aug 2013 09:53 #5380 by Florian
Hi Detlev,
still sceptical. If free-standing, I can imagine it works. But underground, with earth refilled, I don't think this is stable without further structural support, especially when the tank is empty (desludging).
Best, Florian

21 Aug 2013 10:55 #5381 by christoph
Thanks Detlef, I did not know that link. As Florian I am skeptical about the proper functioning WITHOUT an additional structure (and with additional structure for sure it is not cheaper ..for developing countries). But maybe we should ask them how they solve the problem. It is a company. ... they live by selling so the concept proves itself. But from my impression it is just a side product. I had a look as well on their latrine bag

… again I´m skeptical about the structure, especially when you have high water tables. So my impression is that these products are not tested that much …but I might be wrong.

In comparison to the size of the near toilet building this Dutch septic tank seems to me very shallow, different to their latrine bag. On top it looks like a wooden frame. I like the black cover to increase temperature inside the shallow septic tank. Maybe this solution is in a dense populated area not favorable, but in an open spacy area without many human traffic it seems to me ok. But the drainage seems to me a bit too close to the ditch, I would prefer more distances. I hope the Dutch organization will have an input on our skeptics about.

In the same way small improved septic tanks (ABRs) could be constructed without concrete...

AquaVerde wrote: In the same way small improved septic tanks (ABRs) could be constructed without concrete...

I don't know about exact cost advantages of the plastic material. But even if concrete or brickwork are a bit more expensive, these materials are normally locally available, while for the plastic septic tank or ABR, you need a supply chain to develop first. Also concrete or brickwork gives more work to local masons. So I am not convinced that there are huge advantages of replacing concrete by plastic in contexts with low resources...
Best Florian

Possible advantages on one side have often disadvantages on the other side...
E.g. a project which emphasis on local job creation have to go for mason work not for any prefab's made by larger entrepreneurs often far away in towns.

#5226 (Biogas from ABR)
" The capturing of gas from brick made digesters is depending very much on the quality of plastering workman ship, which is often changing. Keeping this in mind I agree, it is much more difficult to get the ABR compartments real gas-tight. Therefor using prefab fiberglass systems seems to me will have at least an advantage to this problem, but will be to the disadvantage of local workers."

#5220
"I recommend the prefab ... to save time and have more assurances in quality management during construction and operation & maintenance." 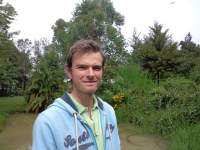 13 Jan 2014 12:31 #6965 by ande1978
Thank you for this thread! As I am currently comparing a septic tank installation with a plastic tank compared to a ferro-cement / brickwork solution. I read your comments and shares but my biggest concern about the brickwork solution is the following: How to do Operation & Maintenance as you can hardly detect leakages in future? Cement might crack. And compared to the plastic solution: Are leakages easier to be detected here? As when f.ex. moisture and effluents and esp. odour accumulate along the framework that Florian mentioned (=brickwork structure).

So which one is long-lasting? Manufacturers of the plastic solution here in Kenya promote a lifespan of about min 30 years.

13 Jan 2014 13:16 #6968 by JKMakowka
Ahh, that is an interesting question, as I think most concrete septic tanks are not very leak-proof at all (although it is probably not a huge issue in less densely settled areas).

I suggest you have a look at solutions invented to prevent leaking in (underground) rain-water harvesting tanks as there it is recognized as an issue that needs to be fixed.

I agree that concrete brick combinations are not so optimal, especially as the concrete is harder than the burned bricks, resulting is cracks mainly in the brick-work (see also brick house construction where that is an structural issue that is hard to repair).

I think an interesting approach is to work with quality assured and properly cured interlocking pre-made concrete plates or real lime plaster instead. See the attached document for some details.

Lime has the advantage that it is softer than the bricks and thus cracks itself first, but has "self-healing" properties as the slow curing process takes years. It is also easier to work with as you don't have to work in one quick go as in the case of concrete.
You need to think about the water permeability though, as lime is even more permeable then concrete (without water-proofing additives). A traditional technique to water-proof lime is called " tadelakt ", but I am not sure how compatible that would be to a septic tank.

You may go for the know-how to get rural biogas digester gas tight too, with a hot oil wax mixture:


Three parts engine oil and one part candle wax are heated and mixed. In the digester the gastight part is marked with charcoal in sections of 10 * 20 cm. With the help of a hot air blower or a blow torch a marked section of the wall is heated until it is dry and the hot oil wax mixture is applied by a second person with a brush. It is required to take a charcoal burner down in the digester. The heated plaster will absorb the oil-wax mixture into its capillary and provide long-term gas tightness. This has to be done carefully with the entire surface, which is expected to be gastight.

Some comments on the various entries above.

Some disadvantages I would see for the plastic bag septic tank:
1.) Import duties and international transport may make it expensive.
2.) If the material for the bags is PVC (as with the plastic bag biogas plants), this means it is a very polluting material to produce and later (probably) burn.
3.) I agree that the pit for it may need to be lined / supported to prevent caving in. For Nepal, for example, I think this can be done with stones using clay as mortar. This will mean no cement is needed, which will save a lot of costs. In rural Nepal, stones are often available for free from field clearings.

From my experience with biogas, most of the cracking problems with brickwork seem to come either from using bricks that are not fully baked (and thus shrink), from using low quality sand (river sand can have too much clay) and from not letting the cement cure slowly enough. The last can be partially prevented by wetting out the cement and bricks after the building of the walls for one or two days. Using dry bricks is also a bad idea, soaking them in water first is necessary to improve the bond with the cement.

In Nepal we make the concrete done of biogas plants gas tight using waterproof emulsion paint instead of the system described by TED,. This also seems to work and is less work.

E: This email address is being protected from spambots. You need JavaScript enabled to view it.
You need to login to reply
Share this thread:
Copy URL
Recently active users. Who else has been active?
Time to create page: 0.280 seconds
Powered by Kunena Forum