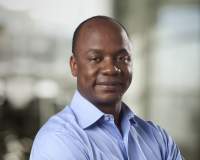 17 Sep 2016 22:27 #19021 by Doulaye
Dear LAura,
We are looking at possible solution to make this available. The current version is a normative document that can be used as guidelines. ISO has their own rules to fix their price. We will let you know when this document can be made available. Great to see your work with TBS. They may wat to join the meeting in October as participating countries.
Doulaye
The following user(s) like this post: DennisW
You need to login to reply
Less

17 Sep 2016 22:32 #19022 by Doulaye
Dear JKMakowka,
We are looking into solution to make the document available to all.
Thanks,
Doulaye
Doulaye
You need to login to reply
Less

19 Sep 2016 01:07 #19037 by bowenarrow
Whilst I agree that sanitation systems should be sustainable I do have concerns when these "International" standards are accepted by countries that can ill afford the costs that are associated with reaching standards because the certifiers are foreign nationals. This forum goes along way to designing equipment and maintenance with a focus on making systems available at the lowest cost. I would hate to see that an adoption of these standards allows the limpets that surround this Industry in the west, sole access to accreditation. Standards are fine but governance of these should be the job of the Governments involved not consultants.
You need to login to reply
Less


Standard For Decentralised Faecal Sludge Treatment In Developing Countries:
TÜV SÜD has started developing a private technical standard for decentralized treatment plants. The aim is to promote innovations for safe and environmentally friendly sanitation in developing countries. The work is funded by a grant from the Bill & Melinda Gates Foundation.

13 Nov 2016 04:07 #19563 by bowenarrow
And so the sell begins. I am not comfortable with the direction this is going. The same thing occurred in Australia and now we have a virtual monopoly of system suppliers. That is not so bad in Australia where the economy is buoyant and systems affordable. This private accreditation will lead to only companies that can afford the fees and audit costs being able to design and install systems, defeating what I thought this forum was about.
How this is going to improve matters is beyond me, but certainly some will make a lot of money again at the third world's expense.
Create standards yes but making them enforceable is another example of the west creating wealth from the third world who can ill afford it.
You need to login to reply
Less

13 Nov 2016 04:32 #19564 by JKMakowka
Yes, I get where you are coming from with this concern, but usually standards are only enforceable in internationally funded projects. And since those are usually implemented by large companies from the countries funding the construction (as bad as that is in it self), they might as well also adhere to standards that are internationally valid. Because otherwise they have an easy game to cut corners/costs with weak standards & regulators in most of the developing countries.

On the other hand you can often see the guiding hand international standards have on local regulations. Yes this is sometimes for the worst if they are copied 1:1, but in my experience it seems more often that it helps underfunded and inexperienced local government standards bodies to come up with something that at least works. I.e. an international standard adapted to the local circumstances is usually of higher quality then what these organisations can come up with by their own.

In addition international standards are often important teaching tools in engineering departments of universities, and if helps if high quality text-books from other countries do not differ too much from local regulations.

But this requires that these international standards are freely and easily available and I hope the Gates Foundation will be enforcing their own announced standards of open-access. Sadly free access to technical standards is often not the case and even a seemingly small cover-fee of $50 or so (as common in Germany) can be a significant barrier for access in these countries.
You need to login to reply
Less

13 Nov 2016 05:08 #19565 by bowenarrow
Once accreditation is formally accepted then all innovation stops. This is an example of where backyard inventors are kept out using "sales by fear " tactics. Back yard inventors have the desire and competence to lead by example, not beholden to others.
My fear is that the third world will be targeted by "World" banks taking loans that are not always repayable and others walking away with the profits. Do we need more examples of GFC affected countries in Debt ? What also about maintenance costs and skills for these higher spec systems ?
Don't get me wrong, I am all for inventing new and sustainable ways, but please ensure that community groups can be overseen by local authorities not private concerns.
The following user(s) like this post: SusannahClemence
You need to login to reply
Share this thread:
Copy URL
Recently active users. Who else has been active?
Time to create page: 0.283 seconds
Powered by Kunena Forum