I completely agree that nomenclature is critical so that weare in alignment with what is being discussed and we are sharing ideas
accurately describing the same system; however first I want to clarify that
small bore (simplified) sewerage networks function without flush toilets. I have designed and installed large systems in multiplecountries where squat toilets are employed -- the water for anal washing, urine
and sink drainage are sufficient to convey solids through household plumbing to
the communal tanks. In an installation in Jordan, over 16,000 households were
connected to a small bore/effluent system and almost none had flush toilets; in
fact most households connected their former pit latrines to the network.

Small bore systems (aka: effluent sewers) can be connected toany treatment system, or connected to a subsurface discharge field for effluent
disposal. In humanitarian emergencies, although not ideal, having the effluent
discharged into the open environment far away from human settlements can protect
public hygiene and reduce the exposure to waterborne diseases. Many different terms exist, some erroneouslyrepeated on the internet. I would define the following: All properlyengineered effluent sewer systems will preserve groundwater protection and
prevent contamination with water bodies. [font=Arial, sans-serif]In effluentsewer systems with treatment plants included in the downstream assembly before
discharge, the local environment is better protected for several reasons. The most significant is because the deep trenching
for traditional gravity sewers create underground conduits for stormwater
transfer that can surcharge a treatment plant during heavy rains.[/font]You are correctthat desludging of interceptor tanks is required; however the anaerobic
digestion that occurs over long periods of time in these tanks reduces the
overall sludge volume. Compared to the very short digestion time in most centralized
treatment facilities (2h to 30d) and the desludging requirements for holding
tanks (2d to 7d), the removal of preconditioned sludge from the effluent sewers’
interceptor tanks can be scheduled every 120d to 365d, depending on the sizing
of the tanks. However, the overall cumulative sludge volume will be less from the
effluent sewers’ interceptor tanks because there is sufficient time and space
needed to optimize anaerobic digestion and turn sludge into biogas in a
decentralized effluent system.I haveconnected communities that use flush toilets and pit latrines to effluent sewer
systems and they work very well, are economical to install and have lower
operating costs and maintenance demands than other systems. In most regions,
effluent sewers work extremely well and are more appropriate than conventional
gravity sewers.
Global Technical Director, WASH
Relief International
E: This email address is being protected from spambots. You need JavaScript enabled to view it.
M: +1 (647) 268-4620
S: j.l.hass
You need to login to reply
Less 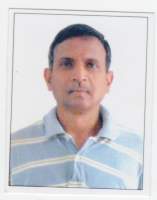 
Thanks for your detailed input as regards the small bore system. We have yet to make up our mind whether to adopt SBS.