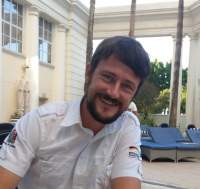 08 Jan 2012 20:38 #851 by tmsinnovation
I recently read this article about biomimicry and came across the following non-stick surface that has been developed and inspired by the Pitcher Plant. On reading this I was reminded of a comment that Neil MacLeod made during a presentation at the Swedish Water House in 2011, about finding a material that faeces could not stick to, to transport them an entire half a metre until gravity could take charge in modern day plumbing. (The presentation I am referring to can be found here: susana.org/lang-en/videos-and-photos/resource-material-video ). Hence me wondering if the material described in the article that I quote below could be a step in the right direction and perhaps the material Neil MacLeod has been looking for.

Pitcher Plant. This swamp-dwelling plant lives in soil conditions that are nutrient poor and has evolved to get its daily requirements in another way -- by putting meat on the menu. It captures insects by trapping them in its watery bowl where they are dissolved and absorbed by the plant. The lipped bowl, a modified leaf, is effective, in part, because of its ultra slippery surface.

The scientists at the Aizenberg Lab of the Wyss Institute for Biologically Inspired Engineering at Harvard were looking for a slick natural surface material and the Pitcher Plant emerged as their top candidate for study. Their initial goal was to synthesize a material that was "omniphobic," that repelled everything.

Research by Bohn and Federle in 2004, had revealed the unique properties of the plant's peristome, the rounded lip of the "bowl." Overlapping wet cells formed anisotropic ridges in which an aqueous solution was held in surface tension as a thin film. The edge formed, in effect, a tiny Slip'N Slide, and even ants, with their suction-cup footpads, could not get a grip on the surface and would aquaplane to their doom.

The Harvard team needed to produce a structure that was fully wetted by lubricating liquid, this material must prefer to retain this liquid over any other that was poured on it, and both liquids must be immiscible, in other words, not able to be blended. They fabricated a random matrix of Teflon nanofibers that they filled with a low-tension perfluorinated proprietary liquid from 3M (Fluorinet FC-70) .

They have called their product SLIPS ( Slippery Liquid Infused Porous Surface), and it does, indeed, appear to repel everything: -- blood, oil, even ice cannot form on its surface. Things slip off at a mere 2-degree angle and liquids that would stain other slippery surfaces completely exit the surface. What they have won is the product development trifecta: the new material is not only self-cleaning, but also self -healing and self- organizing. When cuts are made in the structural matrix, the liquid quickly fills the gaps and the slippery surface performance continues unabated.

Lead researcher Tak Sing Wong reports the new biomaterial has performed well at low temperatures and high pressures and he believes it to be more slippery than Teflon, the reigning slick solid of our industrial world. It would be useful for a range of biomedical, industrial and other applications, such as pipe coatings, self-cleaning public surfaces and de-icing applications. Not the least, its transparency potential and self-cleaning make it an excellent choice for lenses, sensors and solar cells.
The nature inspired innovators here turned a problem inside out. How to make a slippery surface? First, consider that not all surfaces are solid. Indeed, as far as performance goes, the material structure of the plant is more important for its voids than for its solid matrix, for it is the liquid that does the work of sliding insects to the waiting bowl. Once this became the contact material, the liquid medium brought additional characteristics: liquids typically organize themselves by molecular bonding, and they can fill gaps in solids automatically, thus adding the benefits of self-organizing and self-healing. This is an excellent example of "surfing for free" where devices take advantage of natural physical, material or structural properties in order to do work.

The following user(s) like this post: jkeichholz, jdoczi, gien
You need to login to reply
Page selection:
Share this thread:
Copy URL
Recently active users. Who else has been active?
Time to create page: 0.150 seconds
Powered by Kunena Forum