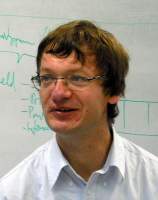 please find attached below the questionnaire for sanitation systems suggested for inclusion in new sanitation systems modelling. Let me know if you have any questions or suggestions. (I mentioned it today in the webinar 5, the recording will be available in the next few days, please see here: forum.susana.org/forum/categories/139-ge...mit=12&start=12#6746 )

Within this project, outlined in this thread above we are developing the “NewSan” simulation tool to model resource fluxes of next generation sanitation systems. This will assist city planners in their decisions about implementations of sanitation strategies.

We need your help! If you are developing new, promising sanitation concepts, we would like to include your technology/approach as a module in the “NewSan” simulator. In order to do this, we  require the information shown in the attached questionnaire.

Thank you for your interesting presentation yesterday and the questionnaire.

Having a look at it, I was surprised by the little information you require!

You mentioned yesterday that you can model not only material fluxes (ie. nutrients, water) but also energy and capex/opex. With what data are you simulating those flows along the sanitation chain when not from the functional units? What models do you use to determine the capex/opex and energy flows? What data would you require for this (you mention that you have a “ Lack of costs and energy data”)
How much data do you actually need to validate the simulator? Does NewSan allow for Monte Carlo simulation for uncertainty analysis?
You also mentioned dynamic modeling but could not find any information about it in the PPT: can you give as some more information to what extend this is possible?

For those who were not online with us yesterday: find the presentation from yesterday below (longer version).

WG1 Co-lead
Developing methods and tools to support strategic planning for sustainable sanitation. Particular interested in novel technologies contributing to more inclusive and circular sanitation. This email address is being protected from spambots. You need JavaScript enabled to view it.

Most of the cost (capex and opex) equations for technologies used in NewSan Prototype was taken from SANEX. For others the cost have been approximately estimated from existing case studies or sanitation projects (from literature). For energy it was the same, values and equations from literature. However, these information are not always available.

For example we need at the moment information on CAPEX and OPEX for both anaerobic digestion (one and 2-phase CSTR) and pyrolysis and hydrothermal carbonization. If you guys have any data on these please contact me (This email address is being protected from spambots. You need JavaScript enabled to view it.).

The simulator is based on MMFA but with further development (in future work), process dynamic can be included.

The recording of the presentation of Luiza from our webinar number 5 on "Resource recovery and reuse", with the highest number of participants so far, is now available.

Due to the technical problems because of a new subscription and server with Adobe Connect, the recording of the entire webinar is not available. But Luiza was so kind to re-record the presentation and this is the one you can watch under the link below.
Additionally to that, we also did a short write up of the the main issues discussed during the webinar based on the questions of the audience.
Feel free to ask them any other questions here on the forum!

Modeling the next generation of sanitation systems


Powerpoint slides from her presentation are available in the attached file below.

Short description of the project
This project developed a draft version of a simulation tool to enable local decision makers to assess the implications of adopting alternative sanitation strategies at scale. It is based on the simulation of material and resource fluxes through different sanitation systems along the entire sanitation chain, which are built by the user based on processes for the user interface, conveyance/collection, storage and treatment and reuse or recharge. The simulation methodology has been already applied successfully by ifak in several networked sanitation contexts in developing countries. The NewSan Prototype simulator has extended the concept for non-networked systems. The model outputs are, at present, the main energy and nutrients balances. However, other criteria can be added easily. This should help to demonstrate systems which have increased commercial viability due to waste reuse/nutrients recovery. The flexibility of the simulator allows also to include additional modules for sanitation technologies developed in the future.

Issues and questions raised during the webinar discussion with participants:

1) Processes/technologies that could be included in the simulations:
Several people asked if additional or new processes could be included in the overall system modeling tool (e.g. the ones from the Gates projects). Manfred from ifak said yes and he has already made available a questionnaire for this (now posted on the forum here: forum.susana.org/forum/categories/97-ena...mit=12&start=12#7114 ).
Steve Mecca asked precisely how to do to simulate a sanitation system based on his micro-flush toilet with NewSan:
Luiza said that she could offer a project for UCL students to develop the building box of Steve’s system in order to model/simulate with Steve’s system.

2) Software requirements:
NewSan Prototype Simulator is a prototype version and download/use is not available yet to the general public (current version is called "NewSan Prototype Simulator"). However, anyone interested in its later application is invited to contact the developers.
The “NewSan Prototype Simulator” does not need any commercial third-party software. It uses only Microsoft .NET Framework 4 (which is preinstalled on most newer Windows computers; otherwise it can be downloaded free of charge from Microsoft's webpage).
The aim of the Gates founded project was the development of a draft - and that has been achieved. Obviously, it would be nice to further develop it and to improve and to extend its facilities. This, however, would require additional funding (as ifak's funds within this Gates project have long run out).
Suggestions for extending/improving the simulator are most welcome. Those suggestions directed at the simulator program itself (which was developed by ifak) could also be sent directly to ifak (This email address is being protected from spambots. You need JavaScript enabled to view it.) or write them here on the forum

3) Validation of the model/tool:
Proper validation hasn’t been done yet but some (crude) plausibility check has been done for the model in the Durban case.
NewSan’s team is hoping to get additional funding to support the proper calibration and validation of the tool: the validation would require large sets of appropriate data.

„Does the thickness of the arrows have any significance?“
Manfred explained that the results are displayed in “Sankey” diagrams. This means that the width of the arrows is shown proportionally to the flow quantity (nutrients, energy, etc.)
WG1 Co-lead
Developing methods and tools to support strategic planning for sustainable sanitation. Particular interested in novel technologies contributing to more inclusive and circular sanitation. This email address is being protected from spambots. You need JavaScript enabled to view it.
You need to login to reply
Less

Re: Modelling the next generation of sanitation systems - NewSan Simulator - Sankey diagrams

05 Feb 2014 11:17 #7254 by masch
Yes, we found that these Sankey diagrams (automatically produced as a result of the simulation) are indeed very useful in discussions/presentations with water companies, authorities and stakeholder meetings. Numbers shown indicate flows (e.g. m3/day) or fluxes (e.g. nutrient loads, e.g. kg/day).
What sort of experience do others have with the use of Sankey diagrams?

Re: Modelling the next generation of sanitation systems - NewSan Simulator - Sankey diagrams

If possible may you in-cooperate results and calculations by Mr. Sharma and colleagues in your project “NewSan” simulation tool? Is your coming system flexible enough to do so?

Although it is stated, all is based on typical Indian condition, in my educated guessing this conditions are very representative to too many places on earth.

Nelson from SEI asked some questions at the end of the re-recording of Luiza's presentation. As volume is quite low, we thought it would be worth to complete the write-up also with a summary of this discussion.
So, here you go…

How do you acquire the input values in order to run your simulations?
The model is based on a simple Material Flow Analysis which needs for the simulation input data and process in order to calculate output flows
Currently all the data used was collected from the literature: input concentrations as well as what happens in the process: e.g. energy consumption or production, decay of nitrogen etc.
Currently only examples were simulated based on the data from literature (e.g. the one's you have see on the diagrams in the presentations).
In the future, the model needs to be validated and calibrated. For this, case studies are needed from places were systems with similar outputs as NewSan produced are implemented. The problem is that most of the technologies, NewSan is looking at only exist at pilot scale and even data from pilot scale does vary if you scale up.

What are the Phosphorus and Nitrogen flows through the system on the slide with the UDDT?
The slide is only showing CAPEX and OPEX. But the simulator can also calculate phosphorus and nitrogen flow or any other of the currently available options (e.g. coliforms, carbon, BOD). They are calculated based on the settlement data which determines the inflows and the transformation and transportations they undergo through the systems.

So if you have are working on the implementation of the “new generation of sanitation systems” and have a case study or data to offer to the team, especially on anaerobic digestion or biochar production, let them know...

Cheers, Dorothee
WG1 Co-lead
Developing methods and tools to support strategic planning for sustainable sanitation. Particular interested in novel technologies contributing to more inclusive and circular sanitation. This email address is being protected from spambots. You need JavaScript enabled to view it.
You need to login to reply
Less

Additional is your upcoming system flexible enough, to incorporate future "new" developments like this: “Carbon is Money” From Wastewater to Energy – Exploration of Concepts ?
see www.kompetenz-wasser.de/CARISMO.519.0.html?&L=1

Very interesting work done by Sharma and colleagues. It seems to contains information we have been looking for.

So yes, we can build in NewSan (Prototype) the technologies Mr Sharma's group has analysed. I will get in touch with him.