In my view b or c are the more correct numbers when talking about HRT for UASB.

In separate there should be an analysis of the decantation time which is in my opinion the responsible factor for losing sludge, not the overall HRT.

What do you think?

In the first case, I would suggest HRT of 3 days (as you rightly point out). HRT goes hand-in-hand with SRT (solids retention time), meaning that appropriate SRT has to be maintained in the system. The treatment efficiency of the system is directly related to the SRT.

SRT is the ratio of suspended solids (SS) in the system to the SS removed per day from the system.

Suffice to say that for achieving a high degree of treatment efficiency, the microorganisms should be given sufficient time in the system, so as to grow, coalesce and degrade the substrate before they are exterminated. This elucidate pertinently why at the lower temperatures, the SRT should be increased correspondingly to compensate for the lowering of the temperature, as the agility of the microorganisms gets retarded at such relegated temperatures.

For biogas, I’m attaching some publications, which should help you in your work.

No, I’m afraid, I do not do research on UASBs.

I’m sorry, but I could not comprehend your calculations of HRT. If you divide volume by volume, how can you get time – the hydraulic retention time?

HRT is calculated as the volume of the reactor divided by the wastewater flow rate.

Could I kindly request that you consult the following authoritative publications, as they will give you a whole lot of technical information:

Thanks that was very helpful. Especially the PDF with bio-gas experiences from other cold countries. Again just COD reductions is easy to do with a large ABR, even in the cold. Getting out enough bio-gas is a very different story in the cold.

I calculated for domestic sewage of a AD wwtp a bio-gas energy value approx.. 100 - 150 kWh/p.e./a, conservative 100 = 0,27 kWh/p.e./d, suggesting a very well thermal insulates ABR with a heat-pump to "re-use" heat after reactor for heating up inflow. For me the ABR's are "only" improved/simplified UASB-versions.

:
"The combination between co-substrate, thermal insulation, heat-pump and improved/simplified UASB (and bio-gas used in Stirling-CHP) will be the future "KEY-Technology" and first step of future wwtp's in cold areas for domestic sewage. Being a future bag-boon of permanent renewable energy production in times of no sun and wind. The simplicity of Activated Sludge Technology with its very high energy demand, is not the future."

sorry for beeing so wrong in expression.I must have been drunk

. Thanks for the correction, I corrected the post mentioning your intervention.. thought it is better to correct the post as it is not good to have really wrong observations/comments.
Hope my question gets clear now, if not I can do a drawing..

Thanks for the very basic book hints, with that posting I deserved it

With the permission of Mr. Heinz-Peter MANG, please find attached 2 papers from "2013 Beijing International Environmental Technology Symposium", 20-23 October 2013, University of Science and Technology Beijing, China and one paper from 2012:

Very interesting as it is about extended daily use of DEWATS technologies even under the cold condition of North-China and outside from University laboratory settings.

2 Questions to the SUSANA-secretariat:
1. Do you store made annexes in an electronic library for all users to find again easily? 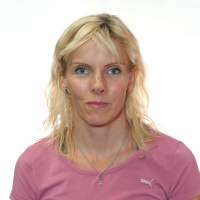 20 May 2014 07:42 #8668 by elkv
Dear UASB experts,
Greetings from Dhaka! I have skimmed through this tread and found some interesting information but not exactly what I need right now for UASB.

! I am in Dhaka and urgently need a ballpark number of space requirements for a UASB process for fecal sludge. I do not need to design at this point, just an idea in terms of space to compare to other fecal sludge treatment technologies (e.g. the LaDePa, drying beds and co-composting, for which I have an idea space-wise already). Space is of uttermost importance in Dhaka, so it is of a real concern in the decision-making process for choice of options to look closer at. We're talking immense volumes of fecal sludge and septic tank sludge produced here. The one catchment area I am looking at right now is projected to have 1 million people on on-site after implementation of the Master Plan (65% sewering). With an average daily production of FS of 1.5 L/c/day, it means that each day 1500 m3 of fecal sludge is produced and needs to be handled... I'd be most grateful for any help I could get on ballpark space requirement numbers, e.g. m2/m3 FS or any other way that I can translate into the situation here in Dhaka, for UASB for FS treatment! Many thanks in advance!!

I am not an "EXPERT"

Please contact Jules van Lier - CITG, NL: This email address is being protected from spambots. You need JavaScript enabled to view it.
direct.

Elisabeth
Elisabeth Kvarnström
You need to login to reply
Less

Re: Instructions for building UASBs & ABRs?

With the direct permission of Prof. Perry McCarty may you add this US-patent (PDF) to the public library of susana.org. The ABR-patents are so old that time has run out to enforce them. I don't believe anyone can now have a legitimate claim on a patent on the basic aspects of the ABR anymore, although they could have on some finer details, which others can probably get around if they wish. All is now just "Stand der Technik" = 'state of the art'.

It is my intention all the basic aspects/details of an ABR (bioconversion reactor) are more in public and coming from the original source!

This invention was made with Government support under Contract No. EG-77-C-01-4042 awarded by the Department of Energy to the solar Energy Research Institute (SERI). The invention was developed at Stanford University under Subcontract No. XR-9-8174-1 awarded to the Board of Trustees at Leland Stanford, Jr. University by SERI. The Government has certain rights in this invention.

I found this text part very interesting, as it showing that in USA important results of R&D which been funded by tax-payers money ending not up only for personal gain by the inventors. As fare I know in Germany is "privatizing" of public funded R&D-work just the standard. Maybe someone can correct me on this?

You need to login to reply
Page selection:
Share this thread:
Copy URL
Recently active users. Who else has been active?
Time to create page: 0.416 seconds
Powered by Kunena Forum