Why not teaming up with the South African Developer's of the first conveyer (auger) toilet (a non UD)? So many not written down and informal good and bad experiences made could be incorporated in your new R&D...

All the Best
Detlef
www.aqua-verde.de
"simple" Sanitation-Solutions by gravity
Low-Tech Solutions with High-Tech Effects
"Inspired by Circular Economy and Cooperation"
www.flickr.com/photos/aqua-verde/
You need to login to reply 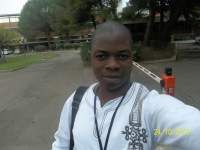 16 Jan 2014 11:15 #7017 by ooaluko
Dear All,
I am in love with the innovation shown in this research.
I am currently working on waterless toilets piloting in a main market in Nigeria and will love to have all inputs to make it a success.
we have done the baseline and knew the preferences of the market users and had to develop a system where seperate facilities will be provided for male and female, in addition to some add-ons requested by the female respondents, during the qualitative data collection.

However, my main challenge is how do we limit odour to the barest minimum, reduce sight of faeces by toilet users, if possible and turn the end products, faeces and urine into organic fertiliser in a collaborative effort.

in addition, the 4-compartment units (4 each for male and female) is planned for privatization and i am concerned about success since the NGO that engaged our services is looking to market and replicate good practices.

I therefore request for support in this venture from group members. 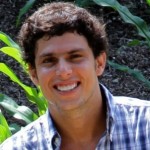 Prototype's final cost and other associated costs (as housing and restrooms accesories -urinals, sink, greywater pipes-) are still under research and development.

To supply the units or let the users doing it by theirselves is a good question. Critical Practices is now working on developing Injection-molded units because it is the most cost-effective way to manufactur the toilets, but the alternative of working in drawings and manuals for a "do it by yourself" is something that I know its under analysis.

The expectation would be that the unit's cost, Ex-Factory, would be between $100 and $200 depending on the prototype (Chuck can explain further about this). Then users can decide on superstructure and accesories, as well as installation. However, we are also developing easier and cost-effective approaches to the superstructure and accesories. One goal -thinkign in the Latin American context-, is that we could have a complete unit, including the Earth Auger toilet, accesories, superstructure, reainwater collection system and greaywater+urine irrigation system for less than $700; that could mean that users do a downpayment of aprox $80 and then monthly payments of $15 to $20 for 3 years. Of course a simpler alternative could be less than $500, including superstructure and basic accesories. We are approaching local MFI's in Ecuador and will have more information during the year.

This email address is being protected from spambots. You need JavaScript enabled to view it.
+593994492690
Skype: tomasini23
You need to login to reply

Find attached the interview that SuSanA did to us during the Reinvent The Toilet Fair in India.

It was amazingly motivating being there. We get great connections from visitors, but also potential partnership and alliances with other exhibitors -plus the quick learnings and feedback that you can harvest just during the fair-. I will not say more, since I am sure that after playing the videos comments and questions will come!

Thanks SuSanA team for this!


+++++++++++
P.S. Some additional photos from the fair for people who cannot view Youtube videos: 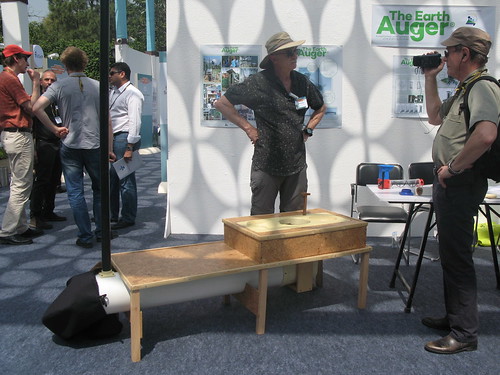 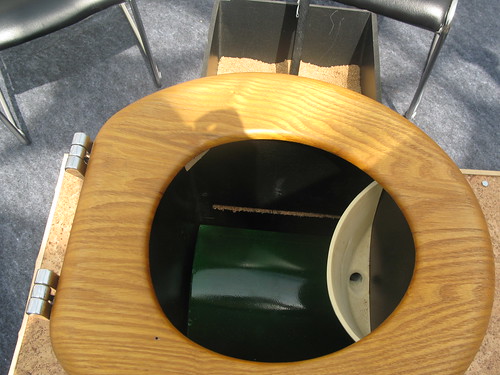 Urine diverting toilet seat with closing mechanism for faeces hole (note saw dust dispenser at the top of the photo) by Sustainable sanitation , on Flickr 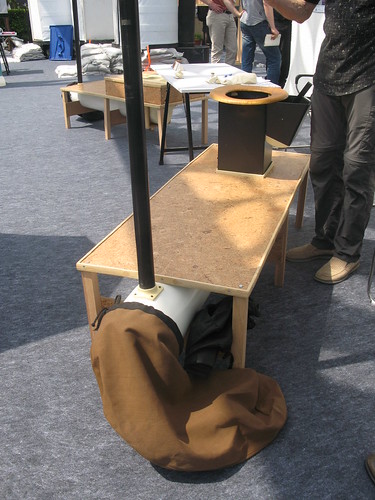 Bag to collect compost at the end of the auger (at the back of the photo: toilet seat with sawdust dispenser) by Sustainable sanitation , on Flickr

This email address is being protected from spambots. You need JavaScript enabled to view it.
+593994492690
Skype: tomasini23
Last Edit: 14 Apr 2014 19:01 by muench. Reason: added additional photos
The following user(s) like this post: vishwanathdalvi
You need to login to reply

31 Mar 2014 08:11 #8042 by JKMakowka
I really like that new "flushing" mechanism of the western-style version*. Seems perfectly suitable for in-home use. Obviously still a bit to do interface design wise, but for those good examples already exists (maybe it would be good to team up with an experienced UDDT toilet seat design company to avoid the common mistakes?).

However this seems to be an example of the small size of the company holding back the overall idea. I hope the exposure through these kind of events will interest someone with more financial reserves to speed up development and bring it to scale.

Urine diverting toilet seat with closing mechanism for faeces hole (note saw dust dispenser at the top of the photo) by Sustainable sanitation , on Flickr
Microbiologist & emergency WASH specialist
Last Edit: 14 Apr 2014 19:02 by muench.
You need to login to reply

01 Apr 2014 19:50 #8060 by chuckhenry
Yes, we are very happy with the foot flush, etc. and YES there is work to be done! We just now are working on final designs to send to the injection molding companies, and expect a complete new model by June-ish. We'll be sure to post at that time!
You need to login to reply

01 Apr 2014 19:55 #8061 by chuckhenry
About plans for the do-it-yourselfers... Yes, we will be doing these - uh... well... when I can find the time! Actually, I think that before the end of the year I'll have plans available with options to purchase any of a variety of fabricated parts.
You need to login to reply

In the pre-fabricated units: will the “flushing” system be already installed and pre-assembled or is this something users would need to montage them self after delivering. Or are you thinking of working with a intermediate actor responsible for the “do-it-your-self” (e.g. certified artisans offering toilet installation)?

Kind regards
Dorothee
WG1 Co-lead
Working with Sustainable Sanitation and Water Management (SSWM): www.sswm.info
Currently doing research on generating sanitation system options for urban planners and quantifying mass flows for a broad range of options considering novel technologies as an input into decision-making: www.tinyurl.com/eawag-grasp
This email address is being protected from spambots. You need JavaScript enabled to view it.
Last Edit: 14 Apr 2014 20:45 by dorothee.spuhler.
You need to login to reply

Those are all questions that we will be able to answer with more precision at the end of the year or by july 2015.

We are analyzing everything: toilet, transport, inputs, fixing, replacements, etc. But we are starting the process of reducing costs through different approaches: materials, suppliers, etc. We are also approaching the local MFI's and realizing alternatives.

The same for the value chain, we are just studying the different and more cost-effective ways to do it. We can now speculate on panoramas, but we will know at the end of the year or by July 2015. Several approaches are under research; we are also developing audio-visual toolkits for installation and for O&M.

This email address is being protected from spambots. You need JavaScript enabled to view it.
+593994492690
Skype: tomasini23
You need to login to reply

Re: The Earth Auger - our first injection molded model is now out!

16 Aug 2014 21:31 #9770 by chuckhenry
We're happy to say that the first 650 injection molded Earth Augers designed and manufactured by Critical Practices LLC from Washington State have recently been sent out from the factory - 435 for Fundación In Terris' implementation project in Ecuador, and the remainder to our CP home near Seattle. We're exceptionally pleased with this model! 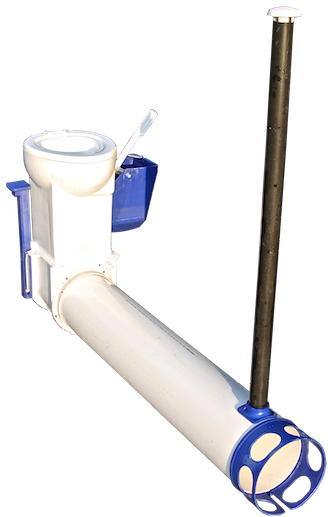 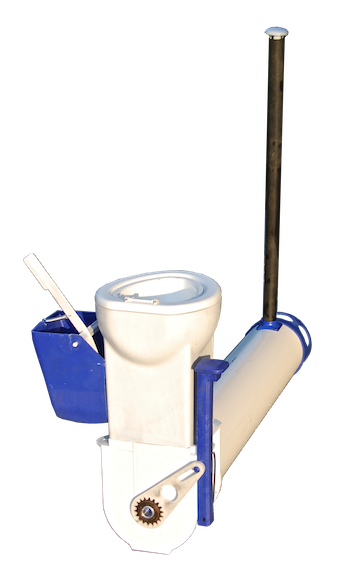 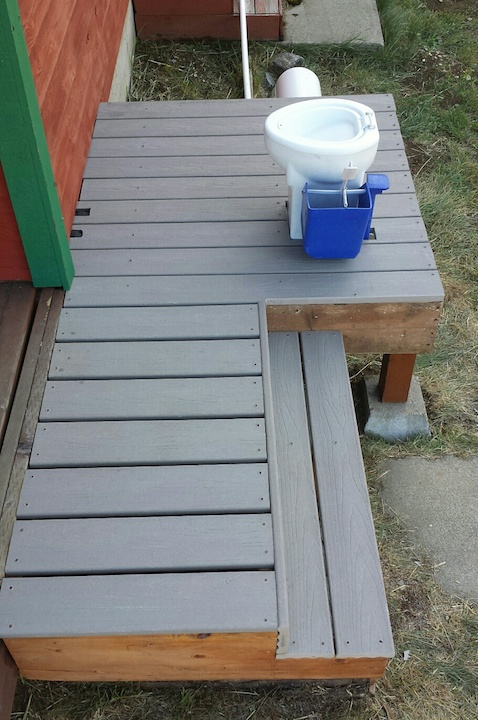 Re: The Earth Auger - our first injection molded model is now out!

Is it possible to switch the foot pedal to the other side?
Microbiologist & emergency WASH specialist
You need to login to reply

Re: The Earth Auger Toilet: urine-diverting composting toilet (Fundacion In Terris, Ecuador) - our first injection molded model is now out!

19 Aug 2014 19:15 #9807 by chuckhenry
The pedal is pretty much fixed as to the location, however, the seat can face any of three positions. Default is forward (in line with the horizontal pipe), or it can face 90° each way from there.
You need to login to reply
Share this thread:
Recently active users. Who else has been active?
Time to create page: 0.830 seconds
Powered by Kunena Forum