09 Sep 2016 14:21 #18962 by BGOODBAUM
The American National Standards Institute (ANSI), the U.S. member body of the International Organization for Standardization (ISO), encourages stakeholders to participate in the newly formed ISO Project Committee (PC) 305, Sustainable non-sewered sanitation systems. The committee, which currently has 10 participating member countries and 15 observing member countries, is focused on the development of a new ISO standard for non-sewered sanitation systems, integral to ensure safety aspects of next generation or “reinvented toilets.”

Efforts to develop an ISO standard for non-sewered sanitation systems stem from a global need for cleaner and safer toilet access. In 2013, the UN issued a call to action for the comprehensive elimination of the practice of open defecation by 2025. A lack of access to safe and clean toilets is associated with disease, crime, and even death, including approximately 700,000 preventable child fatalities reported every year, according to the World Health Organization (WHO). Reinvented toilets can help reverse this crisis by removing pathogens without requiring traditional infrastructure such as sewer, water connection, or electricity, providing for cleaner and safer toilets on a global level.

Formed in May 2016, ISO PC 305 is dedicated to the development of an international non-sewered sanitation systems standard. In an effort toward that goal, an International Workshop Agreement (IWA) was published on September 1, 2016, serving as the basis for the development of the new international standard. The standard will be applicable to individual and community sanitation systems that are self-contained, meet defined discharge requirements, and aim for sustainability.

As part of continued efforts for a solution to this worldwide issue, ANSI – as the secretariat to ISO PC 305 – is calling on global participants to join ISO PC 305, which will meet for the first time on October 24, 2016, in Washington, DC.

Interested stakeholders can contact their national standards body or Rachel Hawthorne, PC 305 secretary, ANSI, at This email address is being protected from spambots. You need JavaScript enabled to view it..

The American National Standards Institute (ANSI) is a private non-profit organization whose mission is to enhance U.S. global competitiveness and the American quality of life by promoting, facilitating, and safeguarding the integrity of the voluntary standardization and conformity assessment system. Its membership is made up of businesses, professional societies and trade associations, standards developers, government agencies, and consumer and labor organizations. The Institute represents the diverse interests of more than 125,000 companies and organizations and 3.5 million professionals worldwide.

The International Organization for Standardization (ISO) is a worldwide federation of national standards bodies from more than 160 countries. Based in Geneva, Switzerland, ISO is a non-governmental organization whose mission is to promote the development of standardization and related activities in the world with a view to facilitating the international exchange of goods and services, and to developing cooperation in the spheres of intellectual, scientific, technological, and economic activity.

ISO's work results in international agreements which are published as international standards and other types of ISO documents. ISO standards are developed by groups of experts, within technical committees (TCs), subcommittees (SCs), and project committees (PCs). Each committee, which focuses on a different subject, is made up of representatives of industry, NGOs, governments, and other stakeholders, who are put forward by ISO’s members.
You need to login to reply
Less 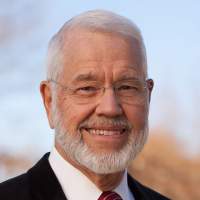 16 Sep 2016 14:37 #19016 by ekellogg
I would be very interested to join this group. Our firm has been working with non-sewered sanitation systems for a number of years in Ghana, Senegal and Kenya. We also have interests developing in Mexico. We consult with smaller companies who have developed such systems and have investigated these products in an attempt to evaluate their safety and sustainability.

We believe it is very important to develop some standards that can be adhered to by all such providers and would be happy to participate in developing such policies. 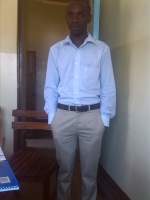 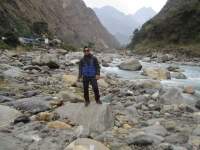 18 Sep 2016 06:33 #19024 by rosenpaaila
I would like to join in this forum and I would be very much thankful if I will get this great opportunity to join.
I am working in WASH sector last 6 years in Nepal.
You need to login to reply
Less 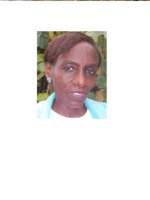 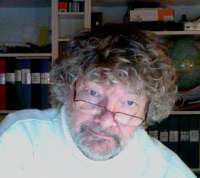 18 Sep 2016 17:23 #19027 by CompostEra
It would be good to learn what that participation could look like. I have 50+ years experience in non-sewered solutions and wish to participate in some capacity, both regarding strategy and technology. It is also encouraging to learn that it is not limited to 3d world but the emerging no-flush technologies in general.
Enclosed Long-Term Composting Toilets and Greywater treatment ( www.greywater.com )
You need to login to reply
Less

20 Sep 2016 06:49 #19058 by Aslam1408
I would like to join this group.
I am development practitioner with over 15 years experience in different sectors including WASH.
You need to login to reply
Less

20 Sep 2016 06:49 #19059 by jacquesru1
I believe that this has the potential to address at least some of the issues surrounding the sanitation problems we all encounter. Any usable and more importantly, user friendly standard would be a great start.

I have more than 20 years experience in on site, non-sewered sanitation technologies and systems. Further have developed some of our own sanitation technologies, which are currently being implemented in South Africa and do believe that I may be able to assist with such a standard document and would therefor very much like to be part of the development thereof.
Jacques Rust
Technical Manager
Envirosan Sanitation Solutions
Office: (+27) 31 700 1866
e-mail: This email address is being protected from spambots. You need JavaScript enabled to view it.
Web: www.envirosan.co.za
You need to login to reply
Less

21 Sep 2016 13:15 #19090 by kallalih1961
I would like to contribute in this project regarding my research experience in wastewater treatment by decentralized systems.
The following user(s) like this post: CompostEra
You need to login to reply
Share this thread:
Copy URL
Recently active users. Who else has been active?
Time to create page: 0.364 seconds
Powered by Kunena Forum