Thank you for the good question:  Does anyone have thoughts or suggestions on better non-gendered language to use for discussing toilets that work with different anatomies?

The City of Portland, Oregon was an early adopter of what most people call "all-gender" restrooms. During discussions throughout 2015, it became clear that the idea of more than two genders was confusing to some people, and therefore a stumbling block to the social justice of Toilets for All.

The choice of the term All-User and the unprecedented unanimous vote are largely attributed to the position of disabled Portlanders. Toilet access is a human right and one protected under the Americans with Disabilities. Owing to visible and invisible disabilities, some people have more difficulty using a restroom. Toilets need modification with grab bars, larger locks and sink handles, and perhaps sensors.  More important is that public bathrooms have a culture of inclusivity tolerance. Consider the disabled woman with a male caregiver or the father out for the day with a young daughter. They, too, must be able to use the facilities in safety and comfort.  Anna Preble, who represented PHLUSH, explains in this interview. www.phlush.org/2016/08/31/social-inclusi...ansgender-americans/

New restroom signage in Portland simply shows a toilet. It's not about who uses it.

Note that Resolution 37175 applies both to single occupancy and multi-occupant restrooms. The Pioneer Courthouse Square restroom is consists of a central hand washing area surrounded by private stalls, including large ADA stalls and a stall with a urinal. While placed in response to male preference, women are free to use the urinal, presumably with a funnel device.  Other urinal designs could be easily accommodated.

REI's logo is special thanks to a beloved cultural meme.  The pitchfork is a reference to Grant Wood's famous American painting - American Gothic. In the Public Domain and available on WikiMedia Commons, people have a lot of fun changing it and using its elements.  It's perfect for the Rich Earth Institute based in rural Vermont. Let it Be! 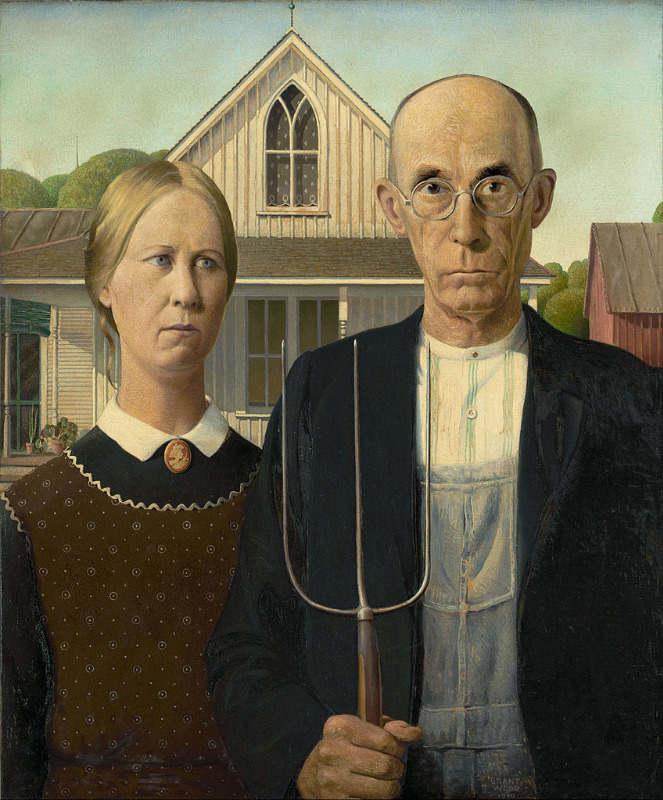 You need to login to reply
Page selection:
Share this thread:
Copy URL
Recently active users. Who else has been active?
Time to create page: 0.447 seconds
Powered by Kunena Forum