18 Mar 2013 15:03 #3922 by secretariat
We would like to welcome pS-Eau (Programme Solidarité Eau)as new SuSanA partner organisation.

The pS-Eau network was created in 1984 during the International Water and Sanitation Decade. It was hosted first by the Ministry of Foreign Affairs and then by an NGO called GRET. The Nongovernmental Co-operation Mission has provided financial support for pS-Eau since its inception. As pS-Eau’s financing sources became more diversified, the Nongovernmental Co-operation Mission asked for it to be made into an autonomous entity at a Steering Committee meeting in December 1999. In December 2000, the articles of association of pS-Eau were officially registered. Following a transitional period of restructuring that lasted until June 2003, pS-Eau became fully autonomous. It went from being an informal network to a nongovernmental organisation under the responsibility of a board of directors. As an NGO, pS-Eau is a neutral forum for co-ordination and alignment between support/advice providers and for capacity-building in the water sector. It strives to meet all of the requests made to it, regardless of their scope. To preserve its neutrality, pS-Eau is not involved in financing or carrying out projects in the field. The general objective of the programme, as defined in the articles of association, is to “facilitate local initiatives for international co-operation in the water and sanitation sector, and more generally for the environment and development”.
The specific objectives relate to support/advice, research/action, co-ordination, access to information and raising awareness of international co-operation. The operational objectives are set out in financing agreements signed by pS-Eau and donors.

Expectations in the Partnership:

Mutual sharing of knowledge and experiences

- participation to working groups
- sharing our publications and tools

19 Mar 2013 15:18 #3931 by Elisabeth
I am also really happy to have ps-Eau as a SuSanA partner, welcome! I am sure you can help us in bridging the French-English language barrier. As far as I know, ps-Eau does a lot of work in Francophone Africa.

Recently I came across a publication from ps-Eau which I enjoyed very much. It is a guide on selecting sanitation options. I know there are so many similar guides out there, but this one helped me because it was in French (I found it as part of my work in Morocco on a rural sanitation strategy for GIZ).


Dear Elisabeth,
Thanks very much, we are really happy that you appreciate the book : Choisir des solutions techniques adaptées pour l'assainissement liquide. This book is part of a series of 6 books, available in French ( www.pseau.org/smc/guides ) and in English ( www.pseau.org/fr/recherche-developpement...ethodological-guides ).
The book have been already disseminated. We have some feedback, mainly from people and organizations from France and West Africa who use it for the conception of their project.
We welcome any comments and suggestions for its improvement, and we expect to prepare updated versions next year.
We will disseminate a newsletter in the next few weeks in French and in English regarding the whole programme in the framework of which was elaborated the series of books. And it will be followed by a wide mailing to promote the series of book, and we will also share it with the SuSanA community.
Best regards,

So stay tuned for mor information from ps-eau.

P.S. It is interested that ps-Eau started off as an informal network (like SuSanA) and became an NGO later.
Dr. Elisabeth von Muench
Independent consultant located in Ulm, Germany
This email address is being protected from spambots. You need JavaScript enabled to view it.
Twitter: @EvMuench
Founder of WikiProject Sanitation: en.wikipedia.org/wiki/Wikipedia:WikiProject_Sanitation
My Wikipedia user profile: en.wikipedia.org/wiki/User:EMsmile
The following user(s) like this post: CeciliaRodrigues
You need to login to reply
Less

02 May 2013 07:14 #4290 by CeciliaRodrigues
Thank you Elisabeth and Christophe for sharing the links. I came across these 6 publications last year in the World Water Forum in Marseille, but I struggled to find the English soft copies in the pS-Eau website. Maybe someone could add to the library entry the name of the other 5 publications. It could be helpful.

I take the chance to inquire if some work in the same line was done regarding institutional set-ups for sanitation in developing countries.

I wish all the best for this new partnership!

03 May 2013 09:50 #4303 by secretariat
The titles have been added in French as well as in English. The links to the respective section on the ps-Eau website are to be found there as well.
www.susana.org/lang-en/library?view=ccbktypeitem&type=2&id=1724


[posted by Tilmann Vorhoff]
Posted by a member of the SuSanA secretariat held by the GIZ sustainable sanitation sector program
Located at Deutsche Gesellschaft für Internationale Zusammenarbeit (GIZ) GmbH, Eschborn, Germany
Follow us on facebook: www.facebook.com/susana.org , linkedin: www.linkedin.com/in/sustainablesanitationalliance and twitter: twitter.com/susana_org
The following user(s) like this post: CeciliaRodrigues
You need to login to reply
Less 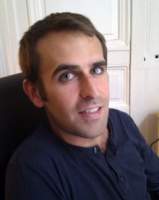 06 May 2013 09:17 #4329 by jmily
All the CMS methodological guides are available on the pS-Eau Open library, in French and English:http://www.pseau.org/outils/biblio/index.php?pgmpseau_id=64&l=fr

CMS guide n°1: How to develop a concerted municipal strategy for water and sanitation
www.pseau.org/outils/biblio/resume.php?d=2956&l=fr

CMS guide n°2: How to create a regional dynamic to improve local water supply and sanitation services in small towns in Africa
www.pseau.org/outils/biblio/resume.php?d=2624&l=fr

CMS Guide n°3: How to analyze the demand of current and future users for water and sanitation services in towns and cities in Africa
www.pseau.org/outils/biblio/resume.php?d=2814&l=fr