02 Nov 2015 10:27 #15736 by Nivedita
Hi All,
I am working for improving the snaitation facilities for the poor people, specially for the slum dwellers. we are also trying to aware school children for the regarding the imporatnce of washing hands by using soaps. Also,we are envolving school teachers and parents and also the school adminstration.But neither the local authority,school authority and local people are participating in the campaign. Neither the users nor the infrastructure providers are co operating and the disappointing thing is that people are not bothered about the consequences.I would like to ask any suggestions regarding how to generate the awareness among the users and also how to involve local authority into this..
You need to login to reply
Less 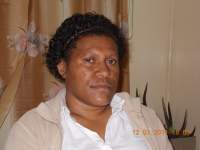 As per the our (TTU) experience in sanitation, hygiene and safe motherhood activities in Henganofi district of Papua New Guinea.

For TTU developing local leaders is through consistent monitoring and mentoring and providing in incentives and words of encouragement of the initatives by the leaders/champions. This encourges the leaders and the champions to continue on the sanitation work.

TTU plays the facilitation part. TTU has no direct contribution to the change in sanitation in the community. It is the leaders/champions and the community who initiate and drive the change.

Thirdly to move forward in areas where local leaders and absent. We have the champions. Work with the champions. Secondly work with the health workers, teachers, pastors, priest or any representatives institutions who are working in the community.

Finally I have attached news letters as our reference.

My name is Esther Silas and I work with Touching The Untouchables here in Henganofi district of Papua New Guinea.

There is solution to your problem, I recommand you use the PHAST and CLTS training. Please look it up on the internet this trainings will solve your problems.

Cheers and wish you well

I looked into both the methodology,will try that.thank for the advice.I also saw one of the document in Henganofi district of Papua New Guinea under World Bank's Water and Sanitation Program. This document describes your effort for making rural areas ODF.I want to congratulate you for such a good deed. Kindly also elaborate the process of involving local government as here in India, it is difficult to involve them.

Regards,
Nivedita
You need to login to reply
Less

Re: Summary of discussion week 2, theme 2: Lack of leadership for change around sanitation

23 Nov 2015 13:36 #16006 by dietvorst
This thematic discussion focused on how to move towards with respect to sustainable urban sanitation. The discussions were organised around two areas: 1) addressing the entire sanitation chain and the need to embrace systemic change; and 2) the role (or lack of) of local governments and its leaders to drive the required change.

The discussion on the SuSanA forum was organised from 13 to 23 October 2015. During the second week we had a total of 15 contributions, some more substantive than others around the following guiding questions:

Boorso started the discussion off by stating that even in states like Somalia where there is no strong leadership for the past two decades the role of achieving sustainable sanitation can be successful. The cited the example of Gedo region where WASH committees, selected by local leadership among the community, were established in every main village and district.
Martaede mentioned that without local leadership a change in sanitation is like a pipe dream. He felt that leadership needs to be a direct expression of grass roots needs.

Egelkhuu cited not so much the issue of leadership but rather the need of funding. He used the example of leadership in his province Bayanchandmani, Mongolia where the population of villages are increasing rapidly. The issue of proper leadership and funding around sanitation is a real issue outside of the fact of dealing with harsh climates in these areas.

Giacomo Galli came up with an interesting set of comments to further enlighten the discussion. In his opinion local leaders are extremely important to have on board. However, these need not necessarily only be the 'official' leaders; they could also be respected members of the community. Without the support and active involvement of these leaders, the improvements if any, will only be temporary. In terms of the role that development partners can play to nurture and develop local leadership, he stated that we need to recognise that 'doing good for the community' is not necessarily the sole motivator of a leader. Important motivators could be related to retaining or increasing local power and control, or to financial needs. Local leaders may be influenced by dealing with development partners in the past and be disillusioned by these previous experiences and or frustrated by past projects. On the issue of how to move forward in areas where local leadership and local ownership are absent, he cited that he did not believe there is such a thing as an absence of local leadership: “open your eyes and look again”. It may not be the leadership we prefer, but it's the one we will have to work with. He was also wondering whether lack of ownership may have been caused by focusing on “selling” our solutions instead of addressing the local needs.

Snel raised two issues in line with these points, namely: 1) the role of local leadership is not only a formal one, as cited by Giacomo, but more often than not an informal role of selected leadership which determines the progress that take place; and 2) there are still a number of implementing NGOs and other parties claiming to work with local leadership but in reality this may be more like a lip service than a sincere commitment.

Based on his experiences in an urban faecal sludge management programme in Bangladesh, Rezaip recognised four different actor groups when it comes to leadership in urban sanitation: national government, local authorities, communities and private sector. Although sanitation has a low(er) priority, the leaders can prioritise FSM by linking it to other priorities such as agriculture. Whereas the role of national government comes in the form of formulating Policies and Guidelines, the (political) dynamics are completely different at the local level. He gave an example of how politics (the need to appease the electorate) may influence local decision making and the role projects should play to inform the decision makers. In addition to the more formal leadership role of local authorities, community leaders can play an important role in raising awareness and mobilising communities. In the project the community leaders were crucial in mobilising manual pit emptiers to attend training on FSM occupational health and safety measures. He also stated that local entrepreneurs and investors should take up leadership roles but that they were hard to be found in the absence of solid business opportunities. However, interest among this group is growing. Finally he cited the absence of leadership at national as well as local level in areas such as enforcement of existing laws.

Scott replied that in the case of China local leaders are very important as they have made it possible to install UDDTs (urine-diverting dry toilet) at schools whereas these types of ecological toilets are actually not included in the national standards.

Nivedita cited that the role of local leader is very important as it falls within their remit and they can act as implementing agency. Local authorities play a crucial role in terms of finance and operation and maintenance. She suggested that in the absence of local leadership, support could be taken over by NGOs.

The final contribution came from Esther Silas, Director for Touching The Untouchables (TTU) citing her experience in sanitation and hygiene in Papua New Guinea. She noted that local leaders were crucial to drive change in sanitation but that in the absence of local leaders they would work with local champions. TTU recognises champions as people who hear and understand the sanitation messages and implement the activities with little or no supervision at all. For TTU the development of local leaders and champions is through consistent monitoring and mentoring and providing incentives and words of encouragement.

You need to login to reply
Page selection:
Share this thread:
Copy URL
Recently active users. Who else has been active?
Time to create page: 0.224 seconds
Powered by Kunena Forum