Local taxation? What a crap idea!

Re: Local taxation? What a crap idea!

16 Jul 2015 08:39 #14211 by Guy
First off, I want to apologise for dramatically disappearing from this thread. A family member was unfortunately hit by a car in India: I had to fly out to deal with things. Long story short: the injuries have turned out to be relatively minor, and recovery is progressing well, all good. Phew!

So: back to business. While I’ve been dealing with medical emergencies, you guys have practically written a book: wow! I’m impressed! In what follows, I’ll try to respond to some of the points raised.

But let me start by humanely killing "Joe": he was an interesting person to briefly be, but frankly he was talking crap. In my view (Guy’s view), local taxation is in many contexts a key element of sanitation financing, and we – that is, people who work in development agencies – should look very carefully at ways we can support its growth (as part of complex solutions involving donor money, central government money and consumer money, of course).

1) Big cities or small towns? Jonathan suggests that the possibility of local taxation to part-finance sanitation is more likely to be relevant for large cities than for small towns, and I tend to agree with this (though I certainly wouldn’t rule out local taxation in small towns with a significant tax base). This ties to Cecile’s very interesting remarks about intermunicipal management of sanitation in France: I’d like to know more about this Cecile, thanks for the pointer... I guess you’re primarily referring to towns and rural municipalities, not big cities? Towns clubbing together is an interesting solution in various respects: I guess this might improve bargaining power to access central government finance. But certainly, much of what I will say here relates primarily to big cities.

2) Local or central taxation? Florian and others make the very good point that the relevance of local taxation will vary depending on each country’s degree of decentralisation. Of course this is absolutely correct, and as Joe (RIP) pointed out at the outset, we can’t reasonably aspire to bring about constitutional change, and need to work within each country’s existing institutional financing model. But I’d like to nuance this. First, in some African countries centralisation of public revenue management is so extreme and unconsidered that it should be viewed as a flawed model which needs to evolve, rather than a valid governance choice… we may have limited power to change this, but that doesn’t mean we should uncritically accept it… even in a relatively centralised system, some degree of local control of tax revenues is essential for effective city management. Second, there are work-arounds: an example here is the pro-poor sanitation tax raised on water bills in Lusaka… this is not publicly described as a tax (if it were, central government would demand it go to central coffers)… but it is a tax nonetheless. So even in centralised contexts, development agencies can certainly aspire to work with local partners to develop redistributive tax-like generation and disbursement models, notably redistributive components (i.e. tax-like components) within tariff systems.

3) What should local revenues be spent on? The previous point ties to Jonathan’s suggestion that, as a general rule, central government finance (and donor money) should be used for large capital investment, while locally raised money should be used for recurrent costs. This is perhaps a simplification, but I agree with this. With rare exceptions, local taxation in developing contexts is unlikely to raise revenues comparable to those that central government can provide. But local taxation models have key benefits over and above the actual amount of money raised. They can help build the social contract between local government and citizens; as Sowmya has eruditely and eloquently discussed, they can provide a source of revenue to help bridge the service-delivery gaps left between big lumpy capital investments by central government and donors, on the one hand, and what-poor-citizens-can-reasonably-pay, on the other hand. And local revenue generation can build a municipality’s credibility for accessing donor funding: I’d certainly be happier to invest donor money in a city which shows itself to be serious about its own responsibilities. A city which is currently selling itself in this way is Juba in South Sudan: with USAID support they’ve been developing a local revenue generation model based on licensing fees and tipping fees charged to desludging trucks, and they’re seeking donor funding with this model as testimony to their seriousness… it’ll be interesting to see how this develops.

4) Case studies? I’d really like to know more about Hanns-André’s fascinating experience in Adjumani. This seems to have been a very interesting and successful combination of market finance, public finance and donor finance, though I’m not entirely clear to what extent the sanitation levy you refer to can be considered a redistributive tax (if at all), and to what extent (if at all) the municipality are sustaining this after the donors left… I’d really like to find out more. (If anyone in this discussion would like to help us write a short case-study publication for www.publicfinanceforwash.com , please do get in touch!)

I could continue and respond to many more of the fascinating comments raised in this discussion, but that would make my post far too long. I know I haven't responded to all the excellent points raised (by others including Giacomo)... and I think Katrin will soon be posting a very useful summary of this thread. I want to finish by saying that we (in development agencies) should certainly be striving to increase redistributive government finance for urban sanitation, be it from central or local government (or more likely from both)… donor finance is not a sustainable solution, market finance alone isn’t going to resolve the sanitation problems of dense urban habitats (sorry Hanns-André), and frankly if we don’t face up to the difficult challenges of supporting public finance solutions, we’re just going to contribute to continuing failure. (By the way, if you're interested in the "how" of this, we (the Public Finance for WASH initiative) are running a consultation event at the UNC Water & Health Conference in October, entitled "Primary research around public finance for WASH: ways forward"... if you're going to be at this conference, please come along.)

Finally finally, let me quote Marjin: “I am not convinced that people would refuse a local tax in order to have a decent waste management system and shit free rivers. I think the problem is more that they would not trust the political leadership and civil service to actually give them value for money”. Spot on, dead right! But we work in organisations spending millions of dollars of rich-country money, and if we do this right, we can use some of that money to help combat that vicious circle of mistrust, and help create a virtuous circle of good service delivery and therefore willingness to pay (and therefore better service delivery, und so weiter). It’s a chicken and egg situation, as several contributors have pointed out… and that means that neither chicken nor egg come first, it’s a circle. So please let’s not waste time thinking about which should come first...

Thanks for this great discussion!
The following user(s) like this post: Katrin
You need to login to reply
Less

Re: Summary: Local taxation? What a crap idea! 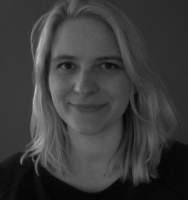 Thank you for contributing to our topic and raising so many important issues with regard to local taxation for sanitation!

The summary is now available here .

Re: Local taxation? What a crap idea!

Thank you and thanks to Katrin for your excellent conclusions, and sorry for my late response. And good to hear that nothing too bad has happened to you and your relatives!

Unfortunately, the projects in Adjumani have not been as successful as they could and should have been, as should have become clear from my explanations. I think I should be adding that much of the sanitation activities, in particular the composting related ones, have been seen as pilot projects, and that explains the relatively high level of donor funding (GIZ, in particular). Overall, I have concluded that the more activities have been small in scale and locally funded, i.e. relying on people's own initiatives, the more they have been successful. And those activities with higher funding from outside have been least successful. Hence my skepticism. Even though there have also been cases of locally funded toilets that have failed, and that was usually due to bad construction (like leaking covers, lack of aeration, etc.).

Another danger of making a lot of money available for sanitation is that it may be spent, apart from the corruption part, on 'Mercedeses' where bicycles could do and would even have been better. Things like traditional gravity sewers rather than ecological sanitation.

The money that has been invested into trainings has, however, generally been well invested (to the point that masons from Adjumani have started constructing UDDTs across the border in South Sudan) and that is something that can be taken up by central government within the framework of countrywide programs. And it's certainly something that donors would wish to get involved in. For the actual activities, in case private funds are not available, I like the approaches of small loans and cost recovery that have been presented in the other fora.

Concerning the sanitation levy we were raising on the water tariff, it was redistributive because the parts used for UDDTs were available to all residents whether they had a water connection or not. But I think, for most, it was more a question of convenience and motivation rather than a question of money since Adjumani is a very remote place, certainly viewed from Kampala, and buying these parts in bulk from Kampala was ensuring a constant supply and was avoiding overcharging by traders. But for some, it has certainly also helped money wise.

And concerning your case studies, I'll contact you when I'm more free.

Thanks again and regards,