Abbreviations
Watch video tutorial
Who has been active on the forum lately?
No account yet? Register on SuSanA network >>
× This area is for The Sanitation Ladder: Next Steps discussion, part of the Thematic Discussion Series (TDS). More information on the organisation of this discussion can be found here: forum.susana.org/forum/categories/185-th...on-ladder-next-steps Previous threads relevant to the topic of the Sanitation Ladder have been moved to this category. All new threads for the thematic discussion will say "TDS" before the topic name.

It was as early as 1998, when UK’s DFID (Department for International Development) developed a sort of sanitation ladder, listing a hierarchy of sanitation technologies from deficient facilities to appropriate facilities, which DFID called as Levels of Service (Guidance Manual on Water Supply and Sanitation Programmes, London School of Hygiene & Tropical Medicine (LSHTM) and the Water, Engineering and Development Centre (WEDC), Loughborough University, UK). Four levels of service were proposed. These are (I have picked sanitation sector only; levels of service for water supply and sullage disposal are also given):

These levels of service apply to both urban and rural areas. Major urban centers are connected with sewerage system (piped sewer system), as such, the proposed levels would apply more to peri-urban areas rather than the urban centers themselves.

Unimproved
Unimproved sanitation facilities: Facilities that do not ensure hygienic separation of human excreta from human contact. Unimproved facilities include pit latrines without a slab or platform, hanging latrines and bucket latrines.

JPM sanitation ladder's approach is pertinent, in that, sanitation technologies are given for each rung. Based on this ladder, local government officials will be able to easily classify sanitation status of a town. However, it must be mentioned here that the main thrust of JPM is on meeting the Millennium Development Goal (MDG) target, for monitoring sanitation target. In addition, JPM data is largely based on data furnished by the governments, which in some cases, may be highly inflated. For rural areas of Pakistan, JPM data show 90 per cent for sanitation coverage, whereas, in practice, it is hardly 10 per cent.

JPM sanitation ladder is, surprisingly, in reverse order, meaning that when one climbs the ladder (from bottom to top), it is from improved rung to open defecation rung!!

Kvarnström, et al. (2011) have corrected the order, which is given below:
[Kvarnström, E, McConville, J, Bracken, P, Johansson, M and Fogde, M (2011), The sanitation ladder – a need for a revamp? Journal of Water, Sanitation and Hygiene for Development]


Rung Description of what counts towards achievement of rung

Facilities that do not ensure hygienic separation of human excreta from human
contact. Unimproved facilities include pit latrines without a slab or platform, hanging
latrines and bucket latrines

Defecation in fields, forests, bushes, bodies of water or other open spaces, or
disposal of human faeces with solid waste


Kvarnström, et al. (2011), however, are of the view that the JPM’s sanitation ladder can be made more useful if it can be refined to use a function approach rather than a technology approach for each rung. They have presented a seven-step sanitation ladder where the seven steps are divided into health functions and environmental functions. Their suggested function-based sanitation ladder is shown below:

(Sorry, the image could not be copied here. It is on pp 8 of the paper)

In Africa, simplified form of the sanitation ladder, based on sanitation technologies, is used (Africa’s Infrastructure - A Time for Transformation, Eds. Vivien Foster and Cecilia Briceño-Garmendia, 2010, The World Bank).


Improved
All households members have easy access to and use at least one convenient, safe, clean
facility, regular or routine O&M, and there is non-problematic environmental impact and safe
re-use or disposal of sludge.

Basic
All household members have reasonable access to and use a safe, clean facility, weak maintenance provisions, and non problematic environmental impact or safe disposal of sludge.

Limited
A platform separates the user from faeces, there is little or no evidence of cleaning of the latrine,
and there is significant environmental pollution increasing with population density

No service
There is no separation between the user and faeces, e.g. open defecation, and there is
significant environmental pollution increasing with population density.

The Lao PDR sanitation ladder is simple and is technology-based. The components of the ladder are shown below:

I would appreciate, if the friends here highlight sanitation ladder used in their respective countries

Re: The Sanitation Ladder

I like the idea of country specific ladders. This might be a nice way to overcome the complexitiy of more complete concepts like the function based ladder, by limiting the range of options to the ones known or common in the countries.

I attach two slides, which are taken from a discussion we had in our projects in Moldova and the Ukraine about the strategy and objectives in rural sanitation. The first one takes up the idea of the function based ladder, I added the addtional element regarding status and comfort, which is what often matters most to the users. I then tried to place all existing and potentially applicable options in a 2-dimensional graph. I quite like this representation, though I'm not entierely happy with it. Still too complicated and oversimplifying at the same time...

To be clear, this is not an officially used sanitation ladder of Moldova or similar, it is just part of our on-going thinking process...

Re: The Sanitation Ladder - developments 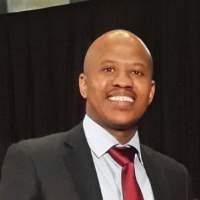 In support of the comments submitted by Florian.

Recent developments are that the sanitation ladder should NO longer be viewed in the context of technology, i.e. the ladder being technology prescriptive but rather be based on meeting particular criterion. This will at least make it easy for measuring progress (on sanitation provision) using a standard criteria irrespective of the technology employed in diffferent countries/regions compared.

Find the attached paper for sanitation ladder as currently defined.

The following user(s) like this post: JKMakowka
You need to login to reply
Page selection:
Share this thread:
Copy URL
Recently active users. Who else has been active?
Time to create page: 0.231 seconds
Powered by Kunena Forum