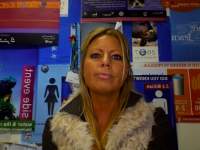 18 Jul 2017 14:19 #22101 by AnnaUNwater
The WHO/UNICEF JMP has published its first report in the SDG period using the new SDG 6 indicators of safely managed drinking water and sanitation services. The report highlights that 2.1 billion people lack safely managed drinking water services – meaning water at home, available, and safe. 4.5 billion people lack safely managed sanitation services – meaning use of a toilet or latrine that leads to treatment or safe disposal of excreta.

Lots of data and information to sink our teeth in! I can already see that I will be spending some time updating a few Wikipedia articles with the updated figures in the coming weeks (might need another edit-a-thon...)...

One thing that jumped at me is that hygiene is now mentioned and monitored separately. Very good.

I am copying here the key messages from the sanitation summary just so that we get used to these new figures which we will see quoted a lot in future, and also to get the discussion going:


Key messages
In 2015,
1. 39 per cent of the global population
(2.9 billion people) used a safely managed
sanitation service; that is, excreta safely
disposed of in situ or treated off-site.

2. Estimates for safely managed sanitation
were available for 84 countries (representing
48 per cent of the global population), and
for five out of eight SDG regions4
.
3. Two out of five people using safely
managed sanitation services (1.2 billion)
lived in rural areas.

4. 27 per cent of the global population
(1.9 billion people) used private sanitation
facilities connected to sewers from which
wastewater was treated.

5. 13 per cent of the global population
(0.9 billion people) used toilets or latrines
where excreta were disposed of in situ.

6. Available data were insufficient to make
a global estimate of the proportion of
population using septic tanks and latrines
from which excreta are emptied and
treated off-site.

7. 68 per cent of the global population
(5.0 billion people) used at least a basic
sanitation service.

9. 600 million people used a limited
sanitation service; that is, improved
facilities shared with other households.

And there was this tweet today that pointed out that:

Work to do!! Earlier we knew 2.4 bn w/o improved sanitation. Now for the SDG we need to reach 4.5 billion with "safely managed" #JMP2017
Astrid van Agthoven‏ @avanagthoven

And I'm actually surprised that this figure, mentioned under Point 4, should be so high, given that we normally hear that 80-90% of wastewater is discharged without treatment? (see also this forum thread: forum.susana.org/40-greywater-blackwater...out-wastewater#21514 )


4. 27 per cent of the global population
(1.9 billion people) used private sanitation
facilities connected to sewers from which
wastewater was treated.

Looking forward to hearing other people's ponderings about this important new report.


* The licence, due to the NC (non commercial) part, does not allow direct reuse on Wikipedia, which is a pity.
Dr. Elisabeth von Muench
Independent consultant located in Ulm, Germany
This email address is being protected from spambots. You need JavaScript enabled to view it.
Twitter: @EvMuench
Founder of WikiProject Sanitation: en.wikipedia.org/wiki/Wikipedia:WikiProject_Sanitation
My Wikipedia user profile: en.wikipedia.org/wiki/User:EMsmile
You need to login to reply
Less

I was trying to get figures on safe drinking water, sanitation and hygiene, for Pakistan, India, Bangladesh and Thailand, but was not quite successful. Can you help me, please?

In this report, how was hygiene measured and monitored?

You will find more information regarding monitoring on the recently relaunched JMP site: washdata.org/monitoring
And on the same site you have an interactive global map: washdata.org/data

I am also learning about the new definitions... Having looked at the report again today, I think I can now answer your question. Check out Figure 13: The new JMP ladder for hygiene

Note: Handwashing facilities may be fixed or mobile and include a sink with
tap water, buckets with taps, tippy-taps, and jugs or basins designated for
handwashing. Soap includes bar soap, liquid soap, powder detergent, and
soapy water but does not include ash, soil, sand or other handwashing agents.

So hygiene is taken as handwashing in this report. Does this answer your question?

I am also learning about the new definition of Basic and Limited Service for sanitation:

I came across this during my Wikipedia work today, when looking at an article where another editor had replaced the internal wiki-link to "improved sanitation" ( en.wikipedia.org/wiki/Improved_sanitation ) with "at least basic sanitation" (for which there is no Wikipedia article yet). I now have to ponder over whether we need a new article for "basic sanitation service" or how to best deal with that. See e.g. here the new and the old version side by side, for those who want to help me with my Wikipedia efforts: en.wikipedia.org/w/index.php?title=Water...prev&oldid=791487658

Like you, I'm also learning. So, we are in the same (Susana) boat!

Ana: If you click on the India map ( washwatch.org/en/wash-maps/ ), there is no response.
Please help me out - Thanks

Great to see the interest in the new JMP figures, it's an absolute plethora of data and interesting to delve into. A few points to respond to:

-Mughal we developed the WASHwatch map ( washwatch.org/en/wash-maps/ ) to encourage the focus not just on access figures but also on progress. Therefore we have made projections for when countries will reach 100% access where we have data. For India we have WASH access figures from 2000-2015 available on the map and on India's country profile ( washwatch.org/en/countries/india/summary/statistics/ ) For the basic sanitation projections we are currently analysing the figures beyond the data to discern whether there is a 'rate of progress' change discernible as a result of SBM. If so, we are hoping to reflect this in releasing the data next month so please bear with us on this point! projections for basic water for India is currently available on the map.

Elisabeth in response to your email questions:
"This new data – even though it’s from a 2017 report – is for 2015 as well, right? Does that mean we now have two data sets for 2015 side by side?"
The new 2017 JMP report is actually the SDG baseline report so presents data from 2000-2015. It is not directly comparable to the last 2015 JMP report that also had data from 2000-2015 as the parameters they use for measurement have changed. So whereas before we used unimproved/improved - we should now not be using that terminology and instead use unimproved/limited/at least basic/safely managed. But we do not have safely managed estimates for many developing countries, therefore when referring to 'at least basic' this means this figure refers to basic and safely managed. (My colleague wrote a blog for WASHwatch that explains the differences - washwatch.org/en/blog/counting-how-many-...itation-and-hygiene/ ) We made the decision to remove the old data from JMP (improved/unimproved) as it is not a useful comparison. I would recommend for Wikipedia too that we should just be talking about the new measurements.

In Washwatch you already have the complete set of data from the 2017 report? Were you able to “import” it from their database or did you have to enter it manually?
JMP shared the data with us under embargo a month before the release so we had time to prep the data, upload it to WASHwatch, produce the map and do our own analysis. This means that everything currently on WASHwatch is up to date.

++++++++
Note by moderators: This post was made by a former user with the login name AmyKeegan who is no longer a member of this discussion forum.
The following user(s) like this post: Elisabeth, Carol McCreary, F H Mughal
You need to login to reply
Less

Thanks for your enlightened response. Since, as you say, you will be releasing the data next month, would it be possible for you to release a simple report, giving the country's data on water and sanitation - easy to read and comprehend?

100% is understandable, but what is meant by percentage that is more than 100%.

21 Jul 2017 15:31 #22145 by former member
We will not be releasing a new report with the data, just uploading it to the WASH map when we have it. TO access the most up to date statistics you can either look at India's country profile - ( washwatch.org/en/countries/india/summary/statistics/ ) or JMP's website ( washdata.org/data#!/ind ) Hopefully these will give some clarity.
The countries with over 100% is just a small technical error, thanks for highlighting! We're still ironing out and kinks and of course it should cap at 100%. For those countries I can confirm that they have achieved 100% access and not above that!
Thanks,
Amy

++++++++
Note by moderators: This post was made by a former user with the login name AmyKeegan who is no longer a member of this discussion forum.
The following user(s) like this post: msrikanth
You need to login to reply
Less

11 Oct 2017 00:59 #22922 by arno
Anna
This is actually earth-shattering news. 4.5 billion people lacking safe sanitation systems. That the UN has finally started to include functionality of WASH systems, in particular sanitation systems to define the level of safety will completely redefine the SDG6 challenge to one of mammoth proportion. In yesterday's (Oct 9, 2017) IWA "The Source Magazine", two authors from WHO and Unicef, Richard Johnston & Tom Slaymaker, spell it out:

We are talking about a world today where only 2.7 billion have safe sanitation systems. Many of us were talking about this some 15 years back - only to deaf ears. Now hopefully things will change. What are the risks of spreading such things as antimicrobial resistance through these dysfunctional systems. What will it take to create sanitation safety in the global North and the South?

I am doing my bit by adding this information to various Wikipedia articles on this topic where it fits. E.g. I have just inserted it into the lead section of the Wikipedia article on sanitation (this general article gets around 1200 views per day so it's worth getting it right):
en.wikipedia.org/wiki/Sanitation