MDGs to SDGs – What is the Difference and What Do We Do Differently? (lecture by UNICEF)

MDGs to SDGs – What is the Difference and What Do We Do Differently? (lecture by UNICEF)

Will it be possible for you to get the transcript of the lecture, and post it on this forum?

Good idea to try and get hold of that lecture. I guess it wasn't streamed online?

Have you tried e-mailing the person who sent out the announcement? I guess it was an e-mail by Kathleen Peters that you had received? Perhaps that will work.

If not, I wonder who else at UNICEF would be the best person to approach?

Dr. Elisabeth von Muench
Independent consultant located in Brisbane, Australia
This email address is being protected from spambots. You need JavaScript enabled to view it.
Twitter: @EvMuench
Founder of WikiProject Sanitation: en.wikipedia.org/wiki/Wikipedia:WikiProject_Sanitation
My Wikipedia user profile: en.wikipedia.org/wiki/User:EMsmile
The following user(s) like this post: Fahdk
You need to login to reply
Less

In a similar case previously, I made a request to Kate, but it did not work.
May be, you can contact someone, who can help.

22 Dec 2016 17:25 #19895 by Elisabeth
Good news! I contacted Guy Hutton from UNICEF and he kindly sent me the powerpoint presentation of the lecture ("From MDGs to SDGs – What is the Difference?". See here:


I don't think there is a recording available from the lecture but the powerpoint slides are also very detailed and informative.
I am sure you will enjoy clicking through them.

If you have questions or comments about the content, please put them into this thread so that we can all learn together. Thanks.

26 Dec 2016 06:24 #19905 by F H Mughal
The presentation is interesting and informative. The 5th slide gives a critical comment of The Economist. It says: The 169 commandments - The proposed sustainable development goals would be worse than useless

Many countries, including Pakistan, did not meet the MDGs, the predecessor of the SDGs. It is puzzling how 17 goals and 169 targets of SDGs would be met. In addition to the large requirement of finances, it is the political will, and the pathways to achieve SDGs, that counts.

Here, with the initial thrust of UNDP and UNIDO, small units comprising of 2 persons, have been set up in the planning departments. Beyond that, it is, so to say, “all quiet of the western front.” What would those 2 non-technical persons would do to achieve 169 targets?

Despite all the efforts of the MDGs, the scenario of safe water and sanitation continues to be poor in the rural areas of Pakistan. With that track record, it would be, perhaps, useful to work on limited sectors - the major sector being water and sanitation, and have a major involvement of the international agencies (UNDP, UNIDO, UNICEF), down to the grassroot levels.

Re: RE: question about UNICEF lecture on SDGs on 9 November 2016 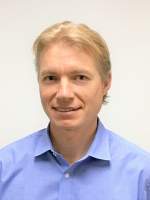 24 Feb 2017 23:57 #20628 by Hutton
I agree that it is very challenging to work on 169 targets simultaneously, but in terms of why we have 169 targets, there are reasons! For example, we could not just stick with WASH targets in goal 6 - we had to move to the broader water agenda, which also has key interlinkages with both drinking-water and sanitation. Certainly the goals are more challenging for Pakistan than for, say, Germany - but the targets do contain the vision of some kind of global equality. Now that's something to aim for!!

Guy
You need to login to reply
Share this thread:
Copy URL
Recently active users. Who else has been active?
Time to create page: 0.240 seconds
Powered by Kunena Forum