Results based financing for sanitation – do the costs outweigh the benefits? WEBINAR on Wednesday 29 April 2015 - follow-up discussion 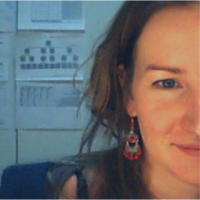 03 Jun 2015 15:40 #13559 by pippa
David Ehrhardt of Castalia, and one of the key speakers of the webinar that started this thread has sent me the following responses to a couple of questions raised during the webinar and posted on this thread:

Tripti asked: "investments from MFIs and donors is also limited, often due to high risk ...does that mean we haven’t been able to meet the expectations of the people at the bottom wrt products, services offered?"

David's response:
The question is about support from donors, so the answer must lie in what drives donors (which may or may not be the same thing as whether the services are right for bottom of the pyramid consumers). In my opinion donors do not channel their funds through RBF schemes to the extent they should because, while RBF schemes have the promise to be more effective, they are more costly and time-consuming to design and implement. Also, because they are innovative, they are seen as more risky. Unfortunately the officials in aid agencies are not generally rewarded on scheme effectiveness, but on getting projects up and running and money disbursed. Whether or not the money spent achieves the intended effect is, sad to say, often less important.(DfID is a notable exception to this). So in my opinion, too many aid agency decisions are driven by considerations of risk to people’s careers, not risk that the aid will not achieve the intended effect. I think this is the root cause of limited donor support to RBF schemes.


Edward Guzha asked: "How do we deal with possibility of service provider selling to non-WASH consumers for cash instead of vouchers?"

David's response:
Does this question really make sense? If the service provider is selling a WASH product, how could they sell it to someone other than a WASH consumer? If I’m selling soap, or improved latrines, surely the person buying my product is using the soap for washing, or better sanitation? And if they are paying cash for it, so much the better –right?– more resources going into WASH!

To avoid this, the agency paying out to providers would have to audit the providers to check that the output was provided. If the auditing was not good, the risk of people scamming the system is very real. This is why OBA schemes (where payment is made only after the paying agencies has verified the output) may be better than voucher schemes, in many cases.


Thanks David for the follow up!
Pippa Scott
WASH Consultant
www.i-San.co.uk

The OBA system, to me, looks very similar to what is done under the PPP flag in the biogas sector here in Nepal. However, the summary report by Castalia states that RBF (of which OAB is one type) is not the same as PPP. Could anyone explain what the crucial difference is between OBA and PPP?

Could anyone explain what the crucial difference is between OBA and PPP?

In our report where we distinguished PPP from OBA, we said the two are different because in a standard PPP people are paying for the services themselves, or government is paying for the service from the private operator—so there is not really ‘aid’ from a third party to someone else, just a purchase relationship. However, where there is a payment by government or a donor for outputs provided to someone else, then that can be considered as OBA, and that would create OBA combined with PPP.

I hope this help?

Note: for abbreviations, just click on the abbreviations button below this post.
PPP = Public private partnership
OBA = Output based aid

Re: RBF webinar from 29 April, unanswered questions on forum 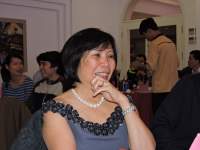 12 Aug 2015 13:53 #14470 by mnguyen49
EMW (East Meets West) has applied OBA payment to private operator in rural water supply using donor's money. Government approved the project (public participation), regularly checked the water quality (every six months), and joined EMW in verification of results. Private operators pre-financed the project, got reimbursed partially for the cost of household connections upon verification by government and EMW (reimbursement is from EMW's fund supported by donors), and also another amount after verification of operation (6 months after completion). The beneficiaries pay directly for the services delivered from the private operators.

Not sure what is done in biogas and whether it is the same.

Hope this helps.
MC
You need to login to reply
Less

It is starting to help, but I am not quite there yet. As far as I can see, the biogas sector in Nepal is more OBA than PPP. Despite the project always being "sold" as a PPP.

David Ehrhardt's response confuses me a bit. For example:

To me reads, that if a private sector company provides a service to a customer and is paid for that, this means it is a PPP. Which I am fairly sure is not what he wanted to say.

I have a feeling that this is also not what David intended to say.

To add to the confusion, from Wikipedia:

PPP involves a contract between a public sector authority and a private party, in which the private party provides a public service or project and assumes substantial financial, technical and operational risk in the project.

Where it seems to me that in many of the PPP/OBA arrangements in the development sector, there is very limited risk for the private partners. Skill trainings are often provided, and if the private sector needs to pre-finance something, it is often under a contract that they will get re-reimbursed for an agreed sum at an agreed time.

So, I guess I am still a bit lost in the definitions. Could you ask David for a more detailed response?

25 Sep 2015 02:18 #15131 by sujatha
Hi Marijn,
I think the point really to note is that in OBA/PPP arrangements (OBA programmes delivered by private sector), the subsidy feature of the OBA essentially limits the financial risk/provides the economic incentives necessary for private participation in service delivery for the poor. Private operators (in conventional PPPs or ODA/PPP combinations) do seek economic viability on projects, but this is not to say that they will not bear other types of project risks. From my limited knowledge of the Nepal biogas project, the private party does appear to bear a certain amount of operational and performance risks (eg.ODA subsidy is provided only on independent verification of outputs, private sector is responsible for collection of (non-subsidy) user charges, generating demand, guaranteeing maintenance in the post project period, etc.)

Sujatha
You need to login to reply
Page selection:
Share this thread:
Copy URL
Recently active users. Who else has been active?
Time to create page: 0.244 seconds
Powered by Kunena Forum