20 Jul 2012 10:25 #1966 by christoph
I would warmly invite you to the conference, last time in Fortaleza has been a success.
The idea of the conference is to discuss all aspects of sustainable sanitation. The focus is obviously Latin America but the translation into English provides the possibility of exchange. I guess a south-south discussion would be very rich. The abstracts can be send in until 15/08. I attached the rules for the extended abstracts. the information is available at www.ecosanlac2012.com.br

www.globalwettech.com
The following user(s) like this post: Elisabeth, Doreen, ahmadaltashi
You need to login to reply
Less

I am glad to tell you that we added the II Ecosanlac at the events section at SuSanA website: www.susana.org/lang-en/news/events?view=...peitem&type=1&id=136

I wish I could be there!

Re: EcoSan Conference for LatinAmerica in Brazil 4-7th of November

The conference program and information about logistics for the EcoSanLac2 conference is now available on line! Please share the information with interest colleagues.
Looking forward to see you there! Madeleine
www.ecosanlac2012.com.br/e-mkt/e-mkt02.html 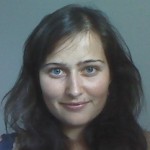 Below some impressions from the conference, and more generally on South-South interactions, from Maximilian Grau and Ruth Cottingham. Both are researchers working at the University of KwaZulu-Natal in Durban, South Africa.

- Substantial work presented on urine diversion systems – particularly in Peru and Bolivia (in part driven by water scarcity). The majority of this work was at pilot scale. Considerable research is being carried out on beneficial re-use of urine and aspects relevant to this (e.g. characterisation of urine, potential for agricultural use, hygienisation, micro-pollutant removal).
- Household-level greywater treatment (via anaerobic baffled reactor (ABR) and wetlands) was also a common research topic;
- The majority of work presented was at research or pilot scheme implementation level – there were no examples of solutions being taken to scale;
- The issue of legislation in relation to sanitation systems came through as a topic of significance in multiple presentations. Legislation on ‘new’ sanitation systems varies across Latin America. For example, greywater reuse regulations in Brazil are extremely (unrealistically?) strict in their effluent discharge standards, making the cost of such systems prohibitive. In Peru, faecal sludge is classified as a ‘dangerous substance’, making it very difficult to work with in a re-use context.
- Links between sanitation systems and energy were explored in various presentations specific to this topic, but not to a great extent as part of the general context into which all sanitation systems fit.
- There was a strong focus on Brazilian research and implementation – probably partially because of the level of government funding available for sanitation research in Brazil. The majority of conference participants were from Brazil.

The second Faecal Sludge Management (FSM2) conference was held in Durban the week before II ECOSANLAC.

- Neither conference had a large presence from the corporate sector (slightly higher in Durban). One of the contributors to scaling up sanitation solutions will be trying to meaningfully engage this sector – but researchers and businesses tend to have very different emphases.
- The discussion over presentations at II ECOSANLAC was of a different style to that which occurred in Durban – much more back and forth between speaker and audience as opposed to a simple Q&A. This ‘debate’ style was actually helpful, and we think enabled issues to be discussed at a more detailed level. The viability of audience-speaker discussion obviously depends on the size of audience.
- The lack of one common language between participants at II ECOSANLAC significantly affected the level and type of discussion that was able to occur. This would seem to be one of the greatest barriers to South – South collaboration and communication on sanitation issues (N.B. ECOSANLAC had simultaneous translation in Portuguese, Spanish and English for all presentations – but the lack of common language during post-presentation discussions and social time was still an issue).
- Field trips were found to be a valuable part of the FSM2 conference, both for their content and for allowing further opportunity for discussion – could be a useful addition to future ECOSANLAC conferences if practically feasible?
- There was some discussion at ECOSANLAC over the question of faecal sludge management, but the majority of discussion focused on liquids-handling (urine, greywater, mixed wastewater).
- At both conferences, one of the main questions left unanswered on the whole was how to take solutions to scale.

- Brazil appears to have a different sanitation context to the rest of Latin America, and to South Africa. A large amount of funding is available for sanitation research, which allows both breadth and scale in the research carried out. Brazil’s sanitation issues also seem to differ somewhat to other Latin American countries – e.g. one of the greatest issues it faces is adequate treatment of effluent, as opposed to a lack of toilet usage.
- The sanitation context in Peru and South Africa seem to bear more similarities – e.g. significant levels of open defecation, low sanitation coverage in rural areas, and a high need for education in relation to sanitation.
- The potential benefits of strengthening South-South exchange would be great. It would be particularly interesting to learn from Brazil’s experiences with decentralised wastewater treatment. Collaboration between countries could also assist with the development of realistic and useful legislation in relation to sustainable sanitation solutions. Developing effective ways of capacity-building is also key in all countries. The general lack of a common language is currently a key barrier to effective South-South exchange.

Further discussion is encouraged on participants’ experiences of either conference and in general on how South-South exchange can be strengthened.

The link to the ECOSANLAC conference material is:

We hope this short insight into our experience in South Africa and Brazil was interesting and look forward to future discussion!

Max & Ruth
This email address is being protected from spambots. You need JavaScript enabled to view it.
The following user(s) like this post: Elisabeth, CeciliaRodrigues
You need to login to reply
Page selection:
Share this thread:
Copy URL
Recently active users. Who else has been active?
Time to create page: 0.168 seconds
Powered by Kunena Forum