Change of Name: CAWT to include water - should SuSanA also change its name?

We have a New Name!

As you know, we have been providing applied research and development services to the water and wastewater sectors for over a decade. In the last few years we have also been busy expanding our service offerings to include performance measurement and verification services. We think that the new name and new logo better reflect the innovative work that we do with our clients and partners.
Thank you for being a supporter of the CAWT at Fleming College. We appreciate your continued support as we move forward. Please update your files and records as necessary to reflect this change. Legal and contractual agreements will not need to be changed, as the CAWT is a department of Fleming College, which is always the named organization for formal agreements.

Please note that there has been no change in the CAWT’s management and staff, location, or the core services we offer. The name change shall not impact any current or ongoing work, partnerships, or agreements.

Water is an important part of sanitation sector. Hygiene is also catching up. The abbreviation "WASH" is now extensively used. Stand alone, sanitation, does not make much sense. It goes alongside with water and hygiene.

Does this raise pointer with the Susana secretariat? 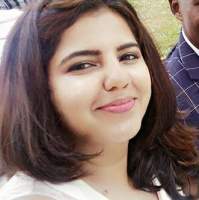 This is a substantial question you have raised.
Definitely, water and hygiene play important roles in sanitation.

Let's start by taking a look at SuSanA 's history briefly: SuSanA was started as a result of 2008 International year of sanitation to put sanitation in the forefront.
Through all these years SuSanA has had sanitation as the main topic around which issues like water and hygiene were discussed.
With the SDGs and agenda 2030 taking the forefront, we as SuSanA acknowledged all other cross cutting issues with the interlinkages document.
In my opinion, SuSanA has extensively covered water and hygiene through our working groups but sees the need to be regarded as a voice for 'sanitation' and issues closely related to it.

Thanks for your "forceful" arguments. I enjoyed, and I appreciate.

You say: "In my opinion, SuSanA has extensively covered water and hygiene through our working groups. . ." That is precisely the point. The extensive coverage given to water and hygiene goes to show that they are an indispensable part of sanitation.

Change in nomenclature, in fact, is a dynamic process. US-based "Water Pollution Control Federation," a society exclusive on wastewater (their journals used to be authoritative documents in wastewater engineering), changed its name to Water Environment Federation. I even miss their earlier name - J.WPCF was synonymous with research work at master's level.

Again, back in 1970s, the classical book: Chemistry for Sanitary Engineers, by Sawyer and McCarty, changed its name (in later editions) to Chemistry for Environmental Engineers.

Why did CAWT changed its name? Please read their news. Changing name and keeping pace with current developments, would show that Susana is a dynamic setup. Well, that is my point of view!

13 Mar 2018 04:08 #24369 by muench
I've been thinking recently that a rebranding of SuSanA could be something we need to think about. People have put "SuSanA" into a certain box; they like it or they don't but they won't revisit it (e.g. people didn't like our website a few years ago and have not come back to explore our new improved website). So perhaps there might be a time for a rebranding and maybe even a new name? Personally, I have never been a fan of the mixture of capital and small letters in SuSanA...
I am not saying it would happen overnight but there is no harm in brainstorming in my personal opinion (I am not speaking for the secretariat here).

So, Mughal what new name would you suggest for SuSanA?

And I want to support what Shobana said. Back in 2007 we felt it was important to focus fully on "sanitation" in our title because most other organisations were neglecting sanitation. Even if they had WASH in their title it was usually mainly water with a tiny little bit of sanitation and hygiene tacked onto the end. We wanted to be the opposite! Mainly sanitation and hygiene with a tiny bit of water tacked on where needed.

At the time there was really no other organisation that put sanitation central in their name, except World Toilet Organization, I think. Or were there others?
This is also explained quite well in the history section of World Toilet Day on Wikipedia:
en.wikipedia.org/wiki/World_Toilet_Day#History

So I think there was good reason to make SuSanA's focus sanitation. And there is always a possibility to change one's name if there are good reasons, if there is energy (and funding) to change it and if a better name can be found.

1. Funding (last line): It is possible that, after including water and hygiene in the revised Susana name, you might get increased funding from ADB, WB, Bill Gates, etc.

2. "So, Mughal what new name would you suggest for SuSanA?" Please put this exciting question to all. I'm sure experts like Cecile, Arno, Doreen, and others will make interesting contributions.

04 May 2018 17:01 #25002 by muench
So, continuing on from Mughal's suggestion, does anyone have any proposals for a possible new name for SuSanA? I am not saying a name change is imminent or planned but I am just curious to do a bit of brainstorming here. Anyone has any ideas? I don't have any, apart from Susana (instead of SuSanA).
Head moderator of this discussion forum
(Funded via consultancy contract with Skat Foundation funded by WSSCC)

.. and I see no reason why we have to change the name indicating that we also talk about water, hygiene, reuse, agriculture, governance, cultural aspects, environmental protection, ground water, public health, human rights, education, awareness creation, affordability, sustainability, willingness to pay, and everything else as long as it has to do with sanitation....

we have sanitation at our heart and at the core of our discussions... and we talk about everthing which has to do with sanitation but only in its connection and relation to sanitation..

I fear that if we change the name and the focus of SuSanA to anything indicating that we also focus on water & hygiene (WASH) or even education (WASHE) then we will end up dicussing water or hygiene in projects and topics which may have nothing to do with sanitation.

you may have noticed even in existing threads how easily discussion suddenly takes a different turn and has little to do with what the topic author wanted to discuss... as long as 'sanitation' is the focus of our forum, we can expect that even diversions deal with sanitation. Once we are a WASHE forum, the discussion may very much divert away from sanitation...

ciao
Hajo
We can't solve problems by using the same kind of thinking we used when we created them.
Albert Einstein
Any intelligent fool can make things bigger and more complex... It takes a touch of a genius - and a lot of courage to move in the opposite direction.
E.F. Schumacher
Everything should be made as simple as possible, but not simpler.

Albert Einstein
Last Edit: 05 May 2018 19:26 by hajo.
The following user(s) like this post: muench, ErikTN
You need to login to reply
Share this thread:
Recently active users. Who else has been active?
Time to create page: 0.403 seconds
Powered by Kunena Forum