How to deal with trash in pits - TRASH EXCLUSION

How to deal with trash in pits - TRASH EXCLUSION 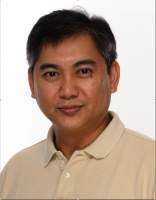 21 Mar 2017 20:24 #20974 by FrancisdelosReyes
Below is a summary of our new approach for dealing with trash/rubbish in pit latrines- LEAVE THEM BEHIND using active trash exclusion. We presented a new technology, called the Flex-X in Chennai at FSM4. We will describe the technology in a subsequent post

Options for dealing with trash during pit emptying
The main challenge in mechanized pit emptying is dealing with trash. Trash, such as large pieces of clothing, rope-type materials, bottles, shoes, etc., can clog any tube-based mechanical approach, if the material is bigger than the tube. Note that the tube is limited to around 10-12 cm in diameter, if it is to access through the squat holes or the pedestal. Trash clogs other human-powered machines such as the Gulper I and II.

There are several approaches to deal with trash in pit latrines. Most pit emptiers who use a machine either accept clogging as something that occurs, and try to minimize the downtime due to clogging. Others, such as those in Blantyre, Malawi, use a “fluidization” method, followed by manual “fishing” to remove the trash using manually operated hooks. This approach is messy and time consuming. “Fishing” can take hours, even half a day, while the subsequent pumping by vacuum pumps take just minutes (Chirwa, Personal communication). The trash in pit latrines is covered in faecal material, and comes in many forms and sizes, making manual removal unhygienic. A third approach is to “macerate” or somehow reduce the size of trash before they enter the hose or tube. To our knowledge, there has not been a single successful application of this technology in real pits. This is because high rotational speeds and a large amount of energy would be needed to chop up material such as cloth, or trash like jeans, shoes, or bottles. A fourth approach is to use screens to minimize clogging. Screens can increase the time between complete clogging, but will still need to be cleaned periodically.

The case for trash exclusion
Leaving the trash behind in the pit avoids all these issues. There is no clogging, no fishing, no fluidization needed (which requires addition of large amounts of water), and no messy trash outside the pit that needs to be handled and disposed. There is no need for additional energy for chopping or macerating trash.

What happens to the trash left behind? One option is to leave it there. This will decrease the subsequent working volume of the pit. Thus the homeowners will need more frequent pit emptying, which will increase their costs. The other option is for the homeowner to request removal of the trash left behind. Since the contract is for removal of faecal material, this additional service should also be additional cost to the homeowner. In both cases, the higher costs for dealing with trash will lead to the change in behavior that is needed- for users to stop using the pit latrine as a trash disposal system. It should be noted that the second option – subsequent removal of the trash that was left behind- will be likely a manual process, until a mechanical option is developed. The costs for removing the trash should be a function of the amount of trash in the pit, again directly incentivizing behavioural change.

Separating the trash from faecal material makes downstream treatment of faecal sludge easier. Current FS treatment technologies, such as anaerobic digestion, composting, fermentation, black soldier fly, vermicomposting, and supercritical water oxidation, all require the pre- removal of inorganics such as plastic, clothing, glass bottles, metals, etc. Technologies such as LaDePa would also benefit if trash were not present, as it would remove the need for the trash removal step that requires energy. If only faecal sludge needs to be treated, then needed steps, such as pathogen inactivation, become more economical and effective, as the volume of material to be treated is reduced. Other reuse options become more feasible. These include conversion technologies to energy or high-value materials (such as long-chain acids or biofuels). Note that the cost of removing trash is already included in the pit emptying step, and eliminated from the treatment step.

Separating the trash will lead to efficiencies in collection, since faecal sludge volumes would be lower. The separated trash can be collected separately and transported to a landfill or other trash management facility that is possibly in a different part of town. Alternatively, the trash can be disposed of in a trash pit within the homeowner’s property. In any case, the trash management system can be optimized to lower costs of dealing with trash.

Conclusions
The removal of only faecal material during pit emptying, and leaving the trash in the pit, is a new approach that has inherent advantages. It is realistic, solves many pit emptying problems, and makes downstream handling and treatment of faecal sludge and trash easier, more hygienic, and more cost-effective.
Francis de los Reyes III
Professor/TED Fellow
The following user(s) like this post: Doreen, hajo
You need to login to reply
Less

28 Apr 2017 14:17 #21384 by hajo
hello,
I read your posting on the above topic but could not find any further documentation of the Flex-X presented in Chennai at FSM4.
Could you either send me a link or let us know where you stand with regard to trash exclusion which I find a very useful approach.
ciao
Hajo
We can't solve problems by using the same kind of thinking we used when we created them.
Albert Einstein
Any intelligent fool can make things bigger and more complex... It takes a touch of a genius - and a lot of courage to move in the opposite direction.
E.F. Schumacher
Everything should be made as simple as possible, but not simpler.

Albert Einstein
You need to login to reply
Less

I had a look at the FSM4 Conference page within SuSanA and found his presentation here:
www.susana.org/en/resources/conference-m...-india-february-2017

If you use the ctrl+F function and search for "exclusion" you find it here:

there is also a link to an audio file for the whole session:
www.susana.org/images/audio/Day3_Research_3_4.mp3

(are people finding the audio files convenient? If yes, it could be a good alternative to posting videos. Perhaps something to listen to during long boring train trips

For new people I would like to point out: Francis' earlier research used the nam "excravator" - previous forum thread here:
forum.susana.org/99-faecal-sludge-transp...sa-now-field-testing
(note 4 pages of discussion)
Head moderator of this Discussion Forum
(under consultancy contract with Skat Foundation funded by WSSCC)

Dr. Elisabeth von Muench
Independent consultant located in Brisbane, Australia
This email address is being protected from spambots. You need JavaScript enabled to view it.
Twitter: @EvMuench
Founder of WikiProject Sanitation: en.wikipedia.org/wiki/Wikipedia:WikiProject_Sanitation
My Wikipedia user profile: en.wikipedia.org/wiki/User:EMsmile
The following user(s) like this post: hajo
You need to login to reply
Less

I like the FLEXCREVATOR and the idea of trash exclusion, makes pit emptying easier (possible) and may serve educating people not using pits as solid waste dump.

I noted that the FLEX-X is a variation of the FLEXCREVATOR where it only serves as a 'trash excluder' while the pit emptying is done by a separate vacuum system.

I have a few questions:
1 have you made any progress in improving both systems as indicated in your presentation at FSM4 towards 'commercialisation'?
2 The problems of pit emptying are not only the trash but also the consistency of the sludge. Are you working on solutions for fluidisation when the sludge is too dense for vacuum pumping?
3 Is it necessary to have a (presumably more sophisticated) vacuum pump stationed near to the pit if it could be replaced with a 'simple' dewatering/sludge pump? Of course under the condition that trash is excluded and sludge be fluidised to the 'right' solid content. I like the 'simplicity' of the trash exclusion technique and like also to have a 'simple' pumping mechanism. If a 'dewatering' pump is placed near the pit, the 'pressure' distance from the pit to the sludge 'tanker/container' is more easy to handle with pressure than with suction. And if the pump is close to the pit, the atmospheric pressure may be sufficient to suck sludge from 3-4m depth.

looking forward to your comments,
ciao Hajo
We can't solve problems by using the same kind of thinking we used when we created them.
Albert Einstein
Any intelligent fool can make things bigger and more complex... It takes a touch of a genius - and a lot of courage to move in the opposite direction.
E.F. Schumacher
Everything should be made as simple as possible, but not simpler.

Albert Einstein
The following user(s) like this post: Elisabeth, Doreen
You need to login to reply
Less

Thanks for the inquiry, and I apologize for the late response.

You are correct; there are two technologies. The Flexcrevator is a pit-side vacuum system that incorporates a trash excluder. The Flex-X is the trash excluder designed to attach to any vacuum system (such as a vac truck). The idea is to continually push the trash away while vacuuming the faecal sludge, thus leaving the trash behind. Thank you of r your comments about trash exclusion. We have tried various methods for dealing with trash: screening, maceration, and they don't really work or require lots of energy.

1. The next phase of the project is oriented toward commercialization. This project is funded by the Bill & Melinda Gates Foundation, and hopefully we will have the continuation funding to get to "engineering validation" units. The plan is to test the Flexcrevator and Flex-X in the following countries: Malawi, Zambia, South Africa, Senegal, and Rwanda.

2. The fluidization approach in Malawi is probably the way to go. We are hoping that we would only need to fluidize to make FS movable with vacuum, and not fluidizing to make trash float or be easier to remove. So hopefully we would need less water if the FS is too thick for vacuum.

3. With the Flex-X, other pumps can be used (trash pumps, centrifugal pumps, diaphragm pumps). However, as you noted, a typical centrifugal pump would need more watery sludge. We welcome local solutions that are appropriate for the area- if a certain region has watery sludge with lots of trash, then they can use whatever pump works, and attach the Flex-X.

We will send updates on this forum when we have things to report. We welcome any comments, ideas, questions! Thank you again.

+++++++++
Note by moderator: More information about this technology is available in this thread:
forum.susana.org/99-faecal-sludge-transp...hnology-flexcrevator
Francis de los Reyes III
Professor/TED Fellow
You need to login to reply
Share this thread:
Recently active users. Who else has been active?
Time to create page: 0.250 seconds
Powered by Kunena Forum