25 Jul 2020 21:31 #30370 by Ramnac
ABSTRACT
This report presents the findings of a project that was conducted on selected primary schools at Ubungo Ward, Ubungo district, Dar es Salaam city in Tanzania. The purpose of the Project was to assess the status of WASH facilities in primary schools at Ubungo ward. It was important to undertake this project in order to access what has been done on water and sanitation which are among the priorities of the world. The United Nation’s Millennium Development Goals included the target to reduce by half the number of people without sustainable access to safe drinking water and basic sanitation by the year 2015 (ADB,2011).

The project had two components literature review and field survey. Literature review was used to get information on the existing WASH situation based on what organizations have done. Field survey was done in order to confirm the theoretical findings made from literature review. A Structured Questionnaire was used to collect data from schools although some information was collected through observations. Literature review indicated the existence of the following WASH problems in Tanzania Primary Schools: inadequate toilets (Bramley, 2007), lack of adequate hand washing facilities (Save the Children, 2008), inadequate hygiene promotion (UNICEF, 2001) and low sanitation coverage (Save the Children, 2008). Field survey that was done confirmed this information.

Fields Survey was divided into two components: field observation and interviews. Field observation was done in order to observe the adequacy of WASH facilities in selected Primary Schools while interviews were done to head teachers, teachers and pupils of selected schools in order to collect information on the reasons behind WASH success or failure in their schools. Four out of the five schools that were sampled had water supply either in form of tap water or boreholes. Some schools had both sources. I was found that the water sources are conveniently positioned to classrooms having a distance of 5-20m. According to school records, no incidence of water related diseases was registered at the sampled schools. The problems related with water supply are disconnection of tap water due to vandalism and stagnation of water at some water points. In terms of sanitation, the main problem that was experienced is lack of adequate toilets. It was found that toilet/pupil ratios are as high as 1:126 implying that one toilet caters for 126 pupils. This problem brings inconvenience to pupils during lesson time. The assessment also found that there is privacy in the provision of toilets as separate toilets are provided for boys and girls. However in some schools that were visited there was open urination which is attributed to the shortage of toilets as pupils could not patiently wait for their friends when they want to urinate. In terms of hygiene, only one school out five that were sampled had soap for hand washing and two schools had hand washing facilities.

The research also found that little efforts is done on hygiene promotion. The teachers and pupils were interviewed in order to find out the status of WASH facilities in their schools. Finally, the project objectives to assess the status of WASH facilities at Ubungo ward Primary Schools was fulfilled as the findings proved that there is little progress in primary school WASH and additional commitment will be required if Tanzania is to meet Sustainable Development Goals on water and sanitation.

1st dissertation on WASH at Water Institute, Tanzania.
By G.Eng Ramadhani Chamwazi
The following user(s) like this post: ErikTN
You need to login to reply
Less

Re: Report on assessment of water, sanitation, and hygiene (WASH) facilities in Primary Schools at Ubungo ward, Dar Es Salaam 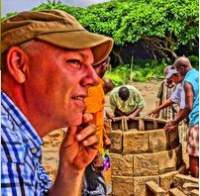 29 Jul 2020 10:28 #30400 by ErikTN
Dear Ramadhani,
Thanks for the relevant survey of primary school sanitation in Ubungo.
In the abstract, you did not mention results for accessibility for pupils with disabilities, nor if there were any facilities for Menstrual Hygiene Management for the adolescent girl pupils. - Are these facilities yet to be included in primary school sanitation in Ubungo?
Also, I wonder if in the interviews there were given any reasons for the failure to produce a reasonable toilet/student ratio when there are clear guidelines for school sanitation in Tanzania with respect to the number of cubicles per number of pupils for each sex.
Regards, Erik Noerremark
WASH Engineer
You need to login to reply
Less

Re: Report on assessment of water, sanitation, and hygiene (WASH) facilities in Primary Schools at Ubungo ward, Dar Es Salaam

It is always a pleasure to read research articles with respect to sanitation, especially from a specific context (such as schools in Tanzania) as this adds volumes to the data pool.

I understand that in the case at Ubungo ward, the teacher-pupil ratios on the usage of toilets is quite high and am prompted to inquire if there are any recommendations (national standards maybe?) being made that water point design should be appropriate and accessible for small children and people with disabilities? During the survey was any information given to show some improvement perhaps in the future or later? In addition, your survey indicated little effort on hygiene promotion, during the collection of data did you note anything that could be the reason behind this?  Is it that the relevant authorities are not involved or there is just a lack of appropriate information on hygiene promotion being made available?

You need to login to reply
Recently active users. Who else has been active?
Time to create page: 0.266 seconds
Powered by Kunena Forum