Water, Sanitation and Hygiene – WASH - The neglect of hygiene promotion in developing countries

Water, Sanitation and Hygiene – WASH - The neglect of hygiene promotion in developing countries

The mindset of politicians and decision-makers in the developing countries is such that they always give priority to water – when it comes to giving priority. They avoid talking about sanitation. Sanitation is given a low priority. However, in India, the government is giving high priority to sanitation.

Recently, I happen to lay my hands on the paper: The neglect of hygiene promotion in developing countries, as shown by the Global Analysis and Assessment of Sanitation and Drinking-Water survey. The paper is authored by Alejandro Jiménez, Sue Cavill and Sandy Cairncross.

“The UN-Water Global Analysis and Assessment of Sanitation and Drinking-Water (GLAAS) report is one of the three periodic UN reports dealing with water supply, sanitation and hygiene. This paper analyses the data on hygiene promotion which were collected for the 2012 edition, but not included in the report. Despite the limitations of the information, this is the best picture available of the global status of hygiene promotion in developing countries. Results show the low priority given to hygiene when it comes to implementation. On average, the staff in place meets 40% of the estimated needs to achieve national targets. Countries report that over 60% of their population is reached by hygiene promotion messages, but we estimate that there are barely enough hygiene promoters to reach 10% of the people. Government officials’ greatest concerns are the lack of human resources and funds, but they also point to the absence of strategy, responsible agency and basic coordination and monitoring mechanisms as challenges. This has serious implications for the poor working conditions and low recognition of hundreds of thousands of hygiene promoters, who in most cases are women capable of playing a crucial role for public health. There is an urgent need for further development of capacity for hygiene promotion in developing countries.”

The abstract clearly indicates that low priority given to hygiene. Only 10% of the population is impacted by hygiene promotion.

A recent blog post by Hanna Woodburn, Deputy Secretariat Director for the Global Public-Private Partnership for Handwashing, has an eye-catching caption: Harnessing the “H” in WASH: The need to ensure hygiene’s place in the SDGs.

In her post, Hanna highlights the importance of including targets and indicators on hygiene, into the post-2015 development agenda under the Sustainable Development Goals (SDGs).

“Some of the world’s greatest development challenges have the simplest solutions. If you are reading this blog, you likely know the facts about water, sanitation, and hygiene (WASH). You probably know that diarrhea and pneumonia are the top killers of children under the age of five, and that WASH can make a big difference in saving these lives. You might be able to cite statistics about how many days of school children miss due to diarrhea (272 million per year, in case you were wondering), or be able to describe the impact that a lack of facilities have on menstruating girls’ education.”

These two references show importance of hygiene. But, the key point is how to motivate and sensitize the politicians, decision-makers and key government functionaries, so that priority is given to hygiene. At the moment, I think, the top-brass of the government, and the officials working in the relevant department in the developing countries, are miles away from hygiene.

Re: Water, Sanitation and Hygiene – WASH 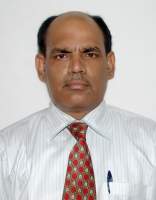 Thanks for the informative post.
Sanitation is always lagging behind water. One of the reasons is both the sectors are clubbed together under the same budgetary head and water sector always get higher share than sanitation. Secondly Public health engineers are more interested with water than sanitation as it not considered as a dignified work.
In India there is a separate Ministry for water and sanitation for rural areas having separate Joint Secretary with separate budget for the water and sanitation. The result is good.
Sanitation has direct linkage with health. However, it has been observed that Health Department is rarely involved with sanitation program. If a patient suffering from water borne diseases go to Doctor, he gets some antibiotics. Doctor never advise such patients not to go for open defecation and use only toilets. The sanitation program can be more effective in achieving its goals when Health Department / Doctors in villages get involve into the program.
Pawan
Pawan Jha
Chairman
Foundation for Environment and Sanitation
Mahavir Enclave
New Delhi 110045, India
Web: www.foundation4es.org
Linked: linkedin.com/in/drpkjha
The following user(s) like this post: F H Mughal, aisha
You need to login to reply
Recently active users. Who else has been active?
Time to create page: 0.281 seconds
Powered by Kunena Forum