Quantum Drinking Water Disinfection with Zero Energy and No Chemicals

Quantum Drinking Water Disinfection with Zero Energy and No Chemicals

Very recently a revolutionary discovery was made, by mistake, by one human being with personal actions taken to achieve worthwhile objectives in water disinfection technologies.

Again, technological advancements will solve both WATER and SANITATION issues in "Developing" Countries when private enterprise, as usual, steps up to the plate and hits a Home Run just

El Hombre de La Lluvia
Clint
The following user(s) like this post: Thakur
You need to login to reply
Less 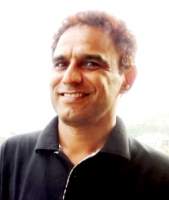 21 Sep 2016 08:38 #19080 by Thakur
I want to know more about the technology. I am in Nepal -working in WASH and climate change adaptation sector.
Thakur
You need to login to reply
Less

First of all the claim that "no chemicals" are used, is evidently false as it is a filter medium with a nano-coating of some sort that gets used up over time (the advertisement says its needs full replacement every year or so).

It also claims that it destroys viruses, but the explanation of the functional mechanism will only work with cellular organisms (bacteria, yeasts etc.). And in fact the very basic desinfection data provided, does not talk about viruses at all... so again false advertisement.

Furthermore the functional mechanism (if it works like that at all, which I can neither support nor deny, but at least theoretically it might have such an effect to some extend), will be highly sensitive to low pH (i.e. not work in acidic conditions). Furthermore, I doubt that the effect is so strong as they claim, and against similar (less strong) electron stealing mechanisms various bacteria have developed very efficient protection mechanisms, thus the claim that no resistance can evolve is likely also false.

Last but not least, I don't see anything "quantum scale" about it

"Silecte Media is Tested and Certified by NSF International against NSF/ANSI Standard 42."

I took the liberty of forwarding your comments and questions to the US Water Systems Distribution Company who offers Silecte products.
You need to login to reply
Less

Will show you that NSF/ANSI 42 has little to do with disinfection...
You need to login to reply
Less

Clint,
The response you got is exactly my response when I was first introduced to the idea of Silecte.
After much conversation with the inventor, I was still skeptical but intrigued enough to visit him personally.
I have investigated it thoroughly over a period of nine months and I have evolved from skeptical to amazed.
Here are the facts in a nut shell.
1. It is not a filter media, it is a disinfection media.
2. The media leaches nothing into the water as certified by NSF 42.
3. Media replacement is advised due to possible blinding of the media over time by natural water scaling or sub micron contaminants blinding the media
4. The media does kill viruses however, certification is still in process and will take some time due to the huge expense associated with testing protocols.
5. Ph has no effect.
6. It all happens at the sub atomic level. the transfer of electrons, quantum by definition.
7.All truth passes through three stages. First it is ridiculed. Second it is opposed. Third it is accepted as being self evident.

I am taking a Silente System with me to Costa Rica next week and I will be putting it into operation with rainwater harvesting and direct use for laundries first. After the rainwater has been utilized by the laundry our greywater/ozone/reverse osmosis recycling technologies we will be able to recover 90% of that beautiful water for total reuse to include drinking.

We utilize the 10% concentrate to flush our ultra-ultra-low flushing toilets, therefore there is no wasteful concentrate discharge as associated with traditional reverse osmosis systems.

We are now utilizing the new side-flow reverse osmosis membranes, which have a 1:1 ratio, to be even more efficient in our recovery endeavors.

Because we have such good water to begin with and we utilize ultra-ultra low flushing toilets in our composting/vermiculture resource recovery system we have documented a 95% reduction in the need for water, a 100% reduction in wastewater pollution discharges to the environment or anywhere else and an economic return on the compost tea and soil harvested from the automated composting vessel.

As technology continues to improve and becomes accepted via whatever, whoever, however, history has documented the resulting benefits for all humanity.
You need to login to reply
Less

So for the numbered topics:
1. Semantics, and the actual fact that chemicals are used up and need replacement isn't answered.
2. This is not what Standard 42 measures, especially not for nano-coatings where the science is still disputed what effect very small quantities might have. But ok, if they advertised that this does not released larger quantities of chemicals into the effluent (like chlorination would do), than it would not have been false/misleading advertisement.
3. So it gets used up like I said, just like membranes stop functioning due to bio-fouling and then need replacement or special chemical cleaning.
4. Just an unsubstantiated claim, and testing with Phages as an indicator of virus destruction is not very complicated or expensive. I still doubt that it has the advertised function in regards to viruses, and as long as they don't have data to prove it, they should not advertise it as such.
5. Where is the data proving that? Low pH is by definition a state in liquid media where there is a surplus of electrons, thus this must have an effect on the stated function, either by masking the charge that binds bacteria to the surface, or by disrupting the overall effect as there are surplus electrons everywhere.
6. This was besides the point, but "quantum" is not referring to electron interactions. If that was the case all regular/nano-level chemical reactions would be "quantum". I think they just want to avoid the term "nano" as it has gotten a bit of a bad reputation with some consumers.
7.Over-used and irrelevant quote, because I am not actually questioning the possible functionality, but the use of highly misleading advertisement which sadly puts this entire technology (which might actually have some good use-cases) into question.
You need to login to reply
Less

To help understand how the Quantum Disinfection System can be installed and protected from "masking" the Silente media, I have attached a photo with the proper components and descriptions.

If a gravity supply system can be incorporated, the pump is unnecessary, the cost for electricity is eliminated and the purchase, maintenance and operational costs are reduced dramatically.

You need to login to reply
Page selection:
Share this thread:
Copy URL
Recently active users. Who else has been active?
Time to create page: 0.723 seconds
Powered by Kunena Forum