I looked at the following links in hopes of finding date. Some say World Toilet Day on 19 Nov others 3 Dec during the World Toilet Summit.

Loading events on events doesn't seem like a great idea. But Nov 19th would be a great time to announce purpose and parameters so that teams can form and be ready to roll through 2013. I am eager to see a team form in Portland, Oregon. I'll be looking for appropriate sanitation outsiders who can bring some new ideas to the work that has been going on. Will inquire about details from organizers.
Carol McCreary
Public Hygiene Lets Us Stay Human (PHLUSH)
1240 W. Sims Way #59, Port Townsend, Washington 98368 USA

Toilet availability is a human right and well-designed sanitation systems restore health to our cities, our waters and our soils.
Last Edit: 26 Sep 2012 15:37 by Carol McCreary.
The following user(s) like this post: RowanBarber
You need to login to reply

27 Sep 2012 08:58 #2336 by jkeichholz
Ah, WorldBank. It's strange to see that Hackathons often get that publicity while the action is hidden in the long tail. But still, any action is good action. Maybe also a chance for us to make use of sanimap.com (which I have), e.g. mapping dilapidated public toilets in the first/western world (via Ushahidi/Crowdmap, maybe).
Juergen Eichholz
watsan eng.
water, sanitation, IT & knowledge management
www.saniblog.org

Toilets in Frankfurt/Main www.facebook.com/ffmtoi
Last Edit: 27 Sep 2012 15:34 by jkeichholz.
You need to login to reply

We are keen to get together on World Toilet Day to celebrate and plan some sort of "Hack" over the Australian summer. The team may include local water/sewage Utilities, Engineering Consultancies and/or the local Universities.

27 Sep 2012 13:29 #2343 by Carol McCreary
Juergen Eichholz: Can you say more about the SaniMap concept? Everyday strategically placed public toilets are being closed or torn down and not replaced. The ones in the US from the early 20th century were often linked to public transit and not that urban people are giving up cars it's essential to focus attention on them.

You might also be interested in a recent post by Chicago toilet mapper Noah Sager at www.phlush.org/2012/08/26/behind-closed-...lic-restroom-access/ ( Perhaps you'd like to submit a guest post to editing team at This email address is being protected from spambots. You need JavaScript enabled to view it. ? )
Carol McCreary
Public Hygiene Lets Us Stay Human (PHLUSH)
1240 W. Sims Way #59, Port Townsend, Washington 98368 USA

Toilet availability is a human right and well-designed sanitation systems restore health to our cities, our waters and our soils.
Last Edit: 27 Sep 2012 13:31 by Carol McCreary.
You need to login to reply

27 Sep 2012 15:54 #2344 by jkeichholz
Hi Carol,
sanimap.NET was originally rented by me in 2007 because we (the GTZ/GIZ-ecosan team / SuSanA secretariat) had brainstormed about mapping toilets. With the formation of the SuSanA, the Japan Water Forum volunteered to work on a water/sanitation map, so I sold them sanimap.net. The result, however, isn't quite what I expected as the map has some conceptual issues, mainly the programming is too focused on the Japanese market (~ "look, we are mapping something") and also too much about water - whereas most sustainable sanitation approaches imo don't focus on water but on excreta / sludge management and much more. Also, these issues haven't been fixed since the launch, so to me it's just another one of those quick shots without any sustainability.

So when I saw that sanimap.COM is also available, I booked that one and have since routed it to another page due to the lack of time and clear focus on what I really want to map. Functioning toilets? Broken toilets? Open defecation spots? Or all of them?

And then of course I also don't want to reinvent the wheel and have thought about using an existing mapping solution like Ushahidi (or Crowdmap.com, which is the hosted version of Ushahidi). The main reason why I haven't continued working on this project though is that I'd like to see first what we can do with such mapping data and why it could matter. Maybe serve as indicators for devaid agencies, but I also believe that sanitation as such is a global problem and that it shouldn't be limited to developing countries only (even if that's where the money/funding is for such an approach).

So a Sanitation Hackathon would be interesting if it could also target the US or Europe where sludge management are still open questions. I am open to anything though and would love to find a way of combining my two favorite subjects sanitation and mobile apps.

Good part about Ushahidi is that there's an existing app for it on Android and iOS, so it's not like FLOW or so. But I am also open to more software solutions if there's a ready made solution that just needs to be adjusted.

EDIT:
Here's a reply I've meanwhile received from the fine folks at the WorldBank:

Toilets in Frankfurt/Main www.facebook.com/ffmtoi
Last Edit: 27 Sep 2012 16:57 by jkeichholz.
The following user(s) like this post: Doreen
You need to login to reply

"Want to help 2.5 billion people get access to #toilets? Become a #toilethacker and join the #sanhack! http://www.toilethackers.org?lrRef=aUStAtoilethackers.org/?lrRef=aUStA"
Rowan Barber
Australian Sustainable Business Group
Engineers Without Borders Australia
You need to login to reply

This is good news to us here in East Africa, Our organisation CAGIEA, this year produced and published the first East Africa Public Toilets Guide,at the moment we a planning to make this to be web based resource and make it available on mobile phones (after mapping all the public toilets in East Africa,so we hope you will give us a chance to share with you in trying to make this project a success.

The guide is free and helps to the user in the following way; to locate a public toilet toilet near him/her, get to know of new sanitation hardware, get general sanitation and hygiene news like alerts on hard washing, it is also serves a forum where users and service providers can have their concerns published. For the purpose of sustaining the project this guide have advertising space for commercial adverts which will be generating income for the project.

Mastulah
Director Publicity
CAGIEA
This email address is being protected from spambots. You need JavaScript enabled to view it.
You need to login to reply

Trevor (of GIZ) and Jonathan (of IWA) had a Skype call last week on what we could do with Sanimap.com. I'll post an update to this in the coming weeks, once there is anything more concrete to publish. The aim is to create a sanitation related map that also includes conventional waste water treatment to include as many contributors as possible and also to get a better picture of what the situation is out there.

As for the Hackathon: is there any IT project you can imagine that would be good to have to improve the sanitary situation?
Juergen Eichholz
watsan eng.
water, sanitation, IT & knowledge management
www.saniblog.org

Toilets in Frankfurt/Main www.facebook.com/ffmtoi
You need to login to reply

Thanks for sharing the excitement around the Sanitation Hackathon! Note, the hackathon isn't meant to solve the sanitation crisis. It's only trying to see whether there are ANY aspects of the sanitation challenge, or any link in the service delivery chain, that could be somehow improved because of mobile phones' ubiquity. For example, some of the apps from the Water Hackathon (on which this builds) are being adopted by governments/utilities. One winning app is helping the Botswana utility better manage customer service (and improve collections) through a simple app that allows people with a basic mobile phone to access their bill information without having to walk far/wait in long lines, find the service center closed at odd hours (after walking a long way), or constantly battle a busy signal when trying to call. This is just one example but there are many others. In Peru, the government opened its data on water quality for the first time because of the Hackathon. This type of data can be used by any civil society or other organization.

The Sanitation Hackathon will take place Dec. 1-2, 2012. For more, please visit www.sanitationhackathon.org or follow #sanhack or #toilethacker for more.

24 Oct 2012 12:31 #2524 by jkeichholz
@Christopher: the map the crap idea by David where sludge removal gets more coordinated is smart indeed. Thx for sharing this!

Is there any chance of adding another location to www.sanitationhackathon.org/event ? e.g. Frankfurt, Germany? And where - online - can those contribute that can't make it due a location? (also asking for those who have never been part of a hackathon, thx)
Juergen Eichholz
watsan eng.
water, sanitation, IT & knowledge management
www.saniblog.org

Toilets in Frankfurt/Main www.facebook.com/ffmtoi
Last Edit: 24 Oct 2012 13:17 by jkeichholz.
The following user(s) like this post: RowanBarber
You need to login to reply 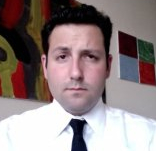 07 Nov 2012 20:54 #2609 by steve4real
Hi Everyone,
It's great to see this discussion is going forward. I have been helping to organize hackathons for the last several years and will be organizing the sanitation hackathon in Toronto. In my experience at RHoK events as well as at the World Bank's Water Hackathon problem definitions are the most important aspect. They set the tone for the weekend and offer the opportunity to work on something that can truly have an impact. In Toronto we will be having a design jam to discuss potential problem definitions in two weeks.

In order for the Sanitation Hackathon to be a success SuSanA should come together and propose a few problem definitions that could be hacked on. David's 'mapthecrap' idea is exactly the type of small scale app that could be developed in a weekend. My idea is to provide a better repository for sanitation sector communication and data sharing.

How can we make sanitation data more effective ? or improve marketing of the sanitation sector to spur investment?

Sanitation Steve
Stephen Sauder, M.Sc., M.A., B.A
Project Manager | Reinvent the Toilet
Centre for Global Engineering, University of Toronto
This email address is being protected from spambots. You need JavaScript enabled to view it.
You need to login to reply
Share this thread:
Recently active users. Who else has been active?
Time to create page: 0.490 seconds
Powered by Kunena Forum