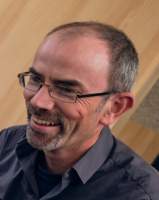 The outbreak of Ebola virus disease in West Africa in 2014 is the worst single outbreak recorded, and has resulted in more fatalities than all previous outbreaks combined. This outbreak has resulted in a large humanitarian effort to build new health care facilities, with associated water supplies. Although Ebola is not a water-borne disease, care facilities for Ebola patients may become sources of outbreaks of other, water-borne, diseases spread through shallow groundwater from hazard sources such as open defecation, latrines, waste dumps and burial sites to water supplies. The focus of this rapid desk study is to assess from existing literature the evidence for sub-surface transport of pathogens in the context of the hydrogeological and socio-economic environment of Sierra Leone. In particular, the outputs are to advise on the robustness of the evidence for an effective single minimum distance for lateral spacing between hazard sources and water supply, and provide recommendations for protecting water supplies for care facilities as well as other private and public water supplies in this region. Preliminary conclusions were:

 Considering the climate (heavy intense rainfall for 8 months), the hydrogeological conditions (prevalent shallow and rapidly fluctuating water tables, permeable tropical soils), the pervasive and widespread sources of hazards (very low improved sanitation coverage), and the widespread use of highly vulnerable water points there is little evidence that simply using an arbitrary lateral spacing between hazard sources and water point of 30 – 50 m would provide effective protection for groundwater points. • An alternative framework that considers vertical as well as lateral separation and the integrity of the construction and casing of the deeper water points is recommended to protect water supplies from contamination by pathogens.

 The shallow aquifer, accessed by wells and springs, must be treated as highly vulnerable to pollution, both from diffuse sources and from localised sources. • Diffuse pollution of groundwater from surface-deposited wastes including human excreta is likely to be at least as important as pollution from pit latrines and other point sources, given the low sanitation coverage in Sierra Leone.

 Even though conditions are not optimal for pathogen survival (e.g. temperatures of >25° C), given the very highly permeable shallow tropical soil zone, and the high potential surface and subsurface loading of pathogens, it is likely that shallow water sources are at risk from pathogen pollution, particularly during periods of intense rainfall and high water table conditions.

 Extending improved sanitation must be a high priority, in conjunction with improved vertical separation between hazard sources and water points, in order to reduce environmental contamination and provide a basis for improved public health.

 Analysis of key water quality parameters and monitoring of water levels should be undertaken at each water point in parallel with the risk assessments. The translation of policy on water, sanitation and hygiene into implementation needs complementary research to understand key hydrogeological processes as well as barriers and failings of current practice for reducing contamination in water points. A baseline assessment of water quality status and sanitary risks for e.g. wells vs boreholes, improved vs unimproved sources in Sierra Leone is needed. Understanding the role of the tropical soil zone in the rapid migration of pollutants in the shallow subsurface, i.e. tracing rapid pathways, and quantifying residence times of shallow and deep groundwater systems are key knowledge gaps.
You need to login to reply
Page selection:
Share this thread:
Copy URL
Recently active users. Who else has been active?
Time to create page: 0.289 seconds
Powered by Kunena Forum