Use excreta compost only for non-edible plants (preferably)?

31 Jul 2012 09:31 #2014 by anapaine
Note from Moderator to "anapaine": this post is off the topic of this discussion. Please can you explain the linkages of your post to the discussion "Use excreta compost only for non-edible plants (preferably)?"
Compost is organic matter that has been decomposed and recycled as a fertilizer and soil amendment. Compost is a key ingredient in organic farming. At the simplest level, the process of composting simply requires making a heap of wetted organic matter (leaves, "green" food waste) and waiting for the materials to break down into humus after a period of weeks or months. Modern, methodical composting is a multi-step, closely monitored process with measured inputs of water, air and carbon- and nitrogen-rich materials. The decomposition process is aided by shredding the plant matter, adding water and ensuring proper aeration by regularly turning the mixture. Worms and fungi further break up the material. Aerobic bacteria manage the chemical process by converting the inputs into heat, carbon dioxide and ammonium. The ammonium is further converted by bacteria into plant-nourishing nitrites and nitrates through the process of nitrification.
BioActive Cocopeat is also a recycled organic product originating from pure cocopeat. Cocopeat comes from the husk of the coconut and is widely used around the world as a superior high quality growing media due to its unique aeration and water-holding qualities.You can try coco-peat for your plants.
You need to login to reply
Less 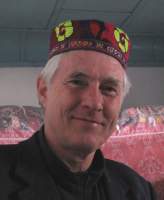 02 Aug 2012 11:51 #2019 by sjoerdnienhuys
Some of the elements in the discussion will become more clear when definitions are correctly established. With human excreta (urine and faeces) it is assumed that these are fresh or rather fresh, being the reasons for restrictions.

Sewage is often city sewage and can include all sorts of undesirable elements such as chemical and metals. Obvious specific rules apply for the use of city sewage. It is also not similar as human excrements although they will contain some.

Effluent from biogas reactors is also different and can not be called fresh human excreta since it has been processed already. In this case one needs to now the retention period of the biogas reactor and if it is an environmental temperature or thermophilic process. With a minimum one months retention and high temperature the effluent is nearly 100% safe to handle.
One issue related to the application on crops is the amount of rain and sun that will pass between the latest application and the harvesting. Dust from the ground during harvesting can spread parasites to the crop, which is the main risk. Generally the plant breaks down the nutrients and converts them to crop.
Having a list of definitions associated with the standard will be helpful.
Sjoerd from The Netherlands.
Pronounce: 'Sured'
Some of my work on: www.nienhuys.info
for correspondence: This email address is being protected from spambots. You need JavaScript enabled to view it.
The following user(s) like this post: canaday, tmsinnovation
You need to login to reply
Less 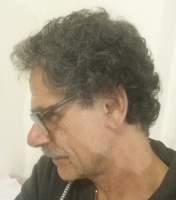 IFOAM regulations for the use of human faeces as fertilizer have changed. Now the use is allowed with restrictions. On August 12, 2012, the new version of the IFOAM Norms, Version 2012
www.ifoam.org/about_ifoam/standards/norm...gust2012withcover.pd , has replaced former Version 2005. EU-Eco-Regulation are still not updated and not mention human faeces in the positive list of allowed fertilizers. National legislation may take precedence and make the use of urine and faeces in principle impossible, whether for organic farming or conventional farming techniques.

New regulation on human excrement as fertilizer :
4.4 Soil Fertility and Fertilization
4.4.5 Human excrement shall be handled in a way that reduces risk of pathogens and parasites and shall not be applied within six months of the harvest of annual crops for human consumption with edible portions in contact with the soil.

"The IFOAM Standard is intended to be an internationally applicable organic standard that can be used directly for certification. It will also be a highly recognized, globally applicable standard.The IFOAM Standard now offers a global platform for organic standard setters to discuss, exchange, negotiate and compromise on detailed standards, thereby taking over the role that the IFOAM Basic Standard had in the past in this regard." (IFOAM, August 12, 2012)

I am relieved that the changes have already taken place, and not next year, as I announced in May.

Regards,
Gerhard
Gerhard Pelzer
Consultant
This email address is being protected from spambots. You need JavaScript enabled to view it.
You need to login to reply
Less

It is excellent that these codes are changing.

Nonetheless, those rules refer to human feces and it is correct to be concerned about their use in agriculture, BUT what we need to raise consciousness about is that, after the treatment we give feces (long storage, drying, composting, baking in solar ovens, etc.), they stop being feces. Recognizing the cyclical nature of these ecosystem processes, feces should be seen as a temporary state, not a permanent state. In a practical sense, we can define this temporary state as the time in which this material may potentially contain fecal pathogens, especially helminth eggs which are the most persistant pathogens and can be seen under the microscope (presuming the users have such intestinal worms).

If we analyze our treated (ex) feces, what we would find is fungal hyphae, soil bacteria, humic acids, undigestible fibers, etc., which in no way constitute feces or any health risk.

If we turn back the clock on the material, we find plants growing in soil, which optimally included the decomposed feces of animals (potentially including those of a species called Homo sapiens).

So these rules, guidelines, and laws should just stipulate what is proper treatment of feces and testing of the final product, after which we have a safe compost that can be used however we like.

We should distingish between a vision to be established and everyday practice that can work ok. If we learn to feed the soil in a vegetable garden with chopped fresh veggies we can boost productivity. See for reference, this really works. Such increadible productivity is based on the understanding that plant roots take up bacteria alive and digest them (as it has been shown e.g.for E-Coli by excellent international universities).

With proper land use we do have plenty of good use for excreta compost for reforestation with edible trees that produce massive amounts of food and fodder like Moringa Olifera. Handling of excreta in more densely populated areas (where there are rather tiny gardens if at all) should be in the hands of a professional local composting organisation. Those living in the rural can do otherwise easily with Arbo Loo and urine utilisation. When there is collection for a composting site the site can be in a reforestation zone and shift to the next later. Ecosan for low density rural settings is really simple, at TUHH we work towards serving 100.000 people in an adequate way and at a low price. We found the ways and aim at tolet producers and adequate projects now.

Ralf
You need to login to reply
Less 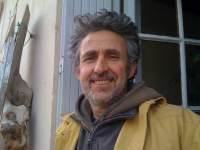 I have been using compost from my toilet in the garden for the last 25 years. I also have had over 1 000 000 people go throw my compost toilettes in the last 5 years and have used this compost in agriculture. After reading the different posts in this thread I want to share this:

I believe that there are different qualities of compost.

*Anyone can make a "leave it in a pile/heap compost". This compost I would not use in agriculture. It is perfect for bio-mass reconstruction and reforestation i agree.

*Then there is compost that is managed, it is made in a controlled manner/ritual/respect. By creating certain basic conditions "biological terrain” with a N/C and O/H2O balance. I is then covered to keep the moisture in (70%) and insulated (to keep the heat in).
Only then will the compost heat up rapidly (+/-3days) to + 70°c, this can last 10 to 21 days witch is largely enough to kill of all pathogens and parasites. The temperature will tail off over the next 2 to 3 months (once this themophillic phase is finished) and during the next (mesophillic) phase, there are many divers populations of mycelium that will colonize and break down the different toxins by digesting them ( depending on the different types of cover materiel).
After this first cycle is finished (après 6 months) the compost is then turned, paying particular attention to take that that was at the exterior of the pile and placing it in the center of our next "andain" while re-oxygenating and re-humidifying to restart the whole procedure. Nb: urine can be used in the re-humidifying process.
At the end of this second cycle the compost is turned once aging and covered for a further year in to a maturing/ageing pile. The healthy compost is then used in agriculture. Here we have used a cycle of 2 years to sanitize and have living healthy compost.
*I believe that this process needs to be done by qualified people who have had adequate training and especially hands-on “experience in the field”.
*In the not to distant future, composting centers will and can use inoculations of different mycelium to decontaminate different types of toxicity including soil decontamination of any kind.

A must read “Mycelium Running” by Paul Stamets.

I would like to add a quick observation: I have noticed that there is a variable differnce in how fast the compost heats up and for so long, i used to put it down to the changes in atmospheric presure, but of late i have noticed that its got alot to do with my energy... If when i constuct the compost i am happy singing as i go, then the time it takes to heat up is quicker and it seems to stay hotter for a longer period...!

Thank you for reading
Biena vous
Marko
The following user(s) like this post: Carol McCreary, Marijn Zandee, CeciliaRodrigues
You need to login to reply
Recently active users. Who else has been active?
Time to create page: 0.293 seconds
Powered by Kunena Forum