20 Apr 2020 04:43 #29584 by Elisabeth
I finally got around to watching on Netflix the 3-part docu series "Inside Bill's Brain: Decoding Bill Gates". I can highly recommend it, particularly Part 1. Why? Because it spends a lot of time exploring issues around sanitation and Bill's interest in this topic. It uses for example footage from manual pit emptying in slums in Kenya where the faecal sludge is dumped into a nearby river (I remember seeing the photos and Doreen Mbalo telling me about the days when this was filmed in Korogocho - https://www.flickr.com/photos/gtzecosan/sets/72157629202806662/ ). 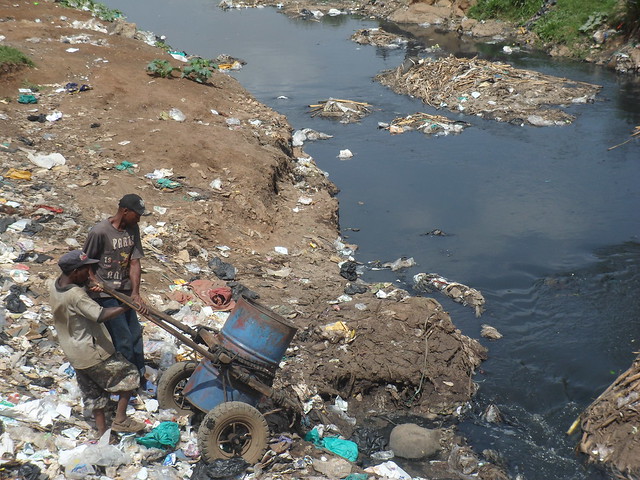 The ominiprocessor also got quite a bit of time (we had discussions and updates about it here: forum.susana.org/105-processing-technolo...kar-senegal?start=48 I wonder if it's still running now).

I watched this episode together with my kids and it was a great method to explain to them about the work that I do and the issues that we face. They were very impressed when I pointed out all the people in the video that I knew, either personally or by e-mail, such as Doulaye Kone, Alison Parker and so forth.

You can find an overview of the content of the three episodes and some information from reviewers here on Wikipedia:
https://en.wikipedia.org/wiki/Inside_Bill%27s_Brain:_Decoding_Bill_Gates ﻿

In all three episodes you can learn a lot about how Bill Gates tackles problems. Obviously, his focus is on optimisations using technology because that's what he is good at. Whether technology alone can fix our sanitation problems? Most likely not. Even in the documentary the conclusion is "there are some good technological developments but the resulting toilets are still too expensive" (not surprisingly). But don't get too hung up on that. What I really like is that Bill Gates helps to generate interest and awareness about the dire sanitation situation in many countries. And encouraging people to finally tackle this and find solutions (whether of a technological nature or otherwise - the Gates Foundation funds all sorts of sanitation projects - including financial support to this dicusssion forum during 2012-2018).

Some reviews that I read about this documentary complained that Episode 1 has too much content on Poop - but I think most of us won't mind that!

(Episodes 2 and 3 look at the work of the Bill & Melinda Gates Foundation on polio eradication in Nigeria and working on climate change solutions, including a novel nuclear power reactor).

Dr. Elisabeth von Muench
Independent consultant located in Brisbane, Australia
This email address is being protected from spambots. You need JavaScript enabled to view it.
Twitter: @EvMuench
Founder of WikiProject Sanitation: en.wikipedia.org/wiki/Wikipedia:WikiProject_Sanitation
My Wikipedia user profile: en.wikipedia.org/wiki/User:EMsmile
You need to login to reply
Share this thread:
Copy URL
Recently active users. Who else has been active?
Time to create page: 0.215 seconds
Powered by Kunena Forum