A Machine that turns Feces Into Drinking Water (Omni-processor by Janicki to process sludge) - now in Dakar, Senegal 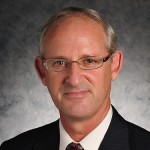 12 Jan 2017 22:18 #20093 by dmrobbins10
I believe that thermal processes have an important role to play in implementing city-wide FSM programs. Thermal treatment systems (like the JOP) can be used as co-treatment systems, which along with septage, can accept certain fractions of municipal solid waste or other waste streams, some of which have a very high caloric content. Fats, oils and grease (FOG) that collects in grease traps that serve commercial kitchens is a great example. FOG collection programs are important components of city wide sanitation anyway, and a great fuel source for firing up thermal fecal sludge treatment systems. Thermal systems for waste management, such as fluidized beds have been around for a long time, and are viewed by the industry as low cost technologies. The ability to convert the thermal outputs into electricity as well as the economy of space these systems offer are both well documented. When you start adding in these high caloric waste streams, the energy balance shifts way to the positive, which can allow one to do interesting things, like generate electricity or distill effluent into drinking water.

Thermal systems for waste co-treatment have limited applicability in countries like the Philippines, which has a ban on thermal processing of waste. But for counties like China, where thermal processes for waste treatment is the norm, the applicability is great. Many of the waste incinerators that serve small towns and cities in China are old and do not provide adequate combustion, resulting in a host of toxic materials being discharged. Upgrading those systems with properly designed thermal systems that accept both fecal and solid waste streams could be a winning strategy for driving measurable environmental health improvements.

I hope that this important research and commercialization efforts in thermal processes for fecal sludge treatment continues. My guess is that they would be very cost competitive with other mechanized technologies like screw presses or activated sludge systems, or lagoons or wetlands when the cost of the land is included.
David M. Robbins
This email address is being protected from spambots. You need JavaScript enabled to view it.
The following user(s) like this post: TuvSudWS
You need to login to reply
Less 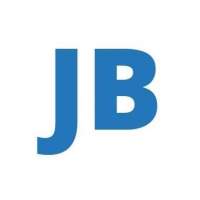 I am an engineer and manager for Janicki Bioenergy. Elisabeth reached out to us to see if we might be able to participate in the discussion here. Due to time and length considerations, we couldn't respond to every point and question, but we did want to speak to some of the larger and/or recurring ones.


Regarding the energy balance question/claims that the system requires external energy:
In most cases, the machine will process fecal sludge that has undergone some form of initial dewatering, either mechanical or passive. The pilot unit in Dakar, for example, gets its sludge from drying beds. Kevin is correct in saying that the machine cannot process exclusively raw septage (% total solids at 3-4%)—this is a thermodynamic impossibility (assuming we want the plant to be self-sustaining). The machine was not designed for this or marketed in a way (to our knowledge) that suggested this. However, the technology was designed to be able to process raw septage with a supplementary, dry fuel source (e.g. MSW, wood products, certain plastics, etc.). The machine’s flexibility to be able to process a variety of fuel sources is what drives the “Omni” in its name—perhaps it’s a misnomer as some have argued here, but that’s a philosophical discussion about product naming rather than a technical one. To process exclusively fecal sludge, our S200 machine requires a solids content of ~15-18% as some have calculated here—though that is of course dependent on heating value of the dried solids, which varies site to site. If you’d like me to explain the mass-energy balance/thermodynamics in more detail, I can do so (though it seems like everyone understands the concept, they were just approaching the calculations with different assumptions). In short: no, an external power source is not required.

A diesel genset is required only for the start-up process until the boiler begins producing steam with energy from the dried fuel. Once the steam engine reaches steady state, the plant’s control system automatically shuts down the diesel genset. The amount of power produced by the plant does exceed the loads of the plant itself (there seems to be some skepticism about this)—for the S200 machine, for example, gross power production is ~300 kw and the plant consumes only 50 kW.

Regarding the argument that technicians in developing countries won’t be able to operate or maintain this plant:
We would refute this, and would argue that our experience with the pilot unit is evidence to the contrary. That’s not to say that this process was without its complications or that our experience in Dakar is representative of every potential context. Beyond just acting like a proof of technology prototype, the pilot plant was also implemented so that we could begin to understand the “soft” issues (e.g. navigating cultural and language differences, understanding local politics, training technicians, establishing maintenance plans, etc.). These lessons, perhaps moreso than the technical ones, have been incredibly valuable. That being said, despite the normal growing pains, the pilot unit is now processing sludge every day in Dakar and does so operated exclusively by Senegalese technicians without the on-site presence of Janicki Bioenergy staff. We offer remote support and operation as needed, but that’s it. The plant is heavily automated, as many of Janicki Bioenergy’s engineers come from a controls and automation background; starting the plant requires pushing a single button on an HMI screen. Maintenance is of course a reality, and that’s where training, good organization, and a robust maintenance plan comes in. Regarding parts: critical spare parts are managed in a spare parts inventory. Part/supplier selection decisions were made during design with global distribution networks in mind (i.e. maximizing availability and accessibility of parts): for the pilot unit, for example, many maintenance parts can be and are purchased in Senegal.

Regarding the machine’s intent:
There was a debate about the purpose of the machine. The Omni Processor was designed first and foremost to process fecal sludge in a manner that has 100% pathogen kill and no unwanted byproducts (e.g. effluent that requires additional treatment). Furthermore, it was important that an economic incentive existed to operate the plant. If it cost significant money to operate, then it obviously wouldn’t compete very well with the free option of just dumping waste in waterways, regardless of health considerations.

We knew that, while processing the sludge, we needed to generate byproducts that were actually useful: power, water (of some desired quality), and ash. How do we turn something that’s traditionally viewed as “waste” into a resource? That’s what the Omni Processor set out to do.

The psychology concerns raised here about drinking water derived from waste are no doubt real, but it should be noted that the water purification process of the plant is highly modular and quality can therefore be taken to whatever makes sense for the customer’s business model (e.g. agricultural quality, distilled water, etc.). In other words, the plant doesn’t have to generate potable, drinking water. In fact, the current plan for the first S200 plant is to not bring the water all the way to drinking standards due to the customer’s business model. Business models vary drastically case by case due to variability in things like tipping fees, price of electricity, and the usefulness of water. The plant’s modularity enables flexibility to this variation by allowing each output (and even input parameters) to be optimized based on the particular use case.

There have been a number of comments claiming that this technology does not solve the entire sanitation problem—specifically that it doesn’t solve the collection and transportation issue. We would agree, and hope that no implication was made that it could. We do hope that our technology incentivizes the creation of solutions to those issues though. It’s unlikely that any one technology will solve the entire gamut (fingers crossed, though), and we imagine that a comprehensive solution would involve an interdisciplinary team and approach involving multiple companies, technologies, NGOs, governments, legislation, and other relevant factors. However, we would disagree with the implication that, since it doesn’t solve the entire chain of sanitation issues (from collection to disposal), the technology is without value and unnecessary. It’s a piece of the very large and complex puzzle, which so many of you have dedicated your lives to solving
______________


We hope that clears some things up (or at least adds more fuel for the discussion). It's nice to see such a passionate discussion about the technology with detailed, critical thinking.

EDIT: Elisabeth requested some photos of the pilot unit in Dakar. I've attached a handful.

Thanks for your detailed forum post from 7 February and for the photos. I have used one of the photos to improve the Wikipedia article about the omniprocessor, see here:

I am wondering if you could tell us a bit more about “where to from here”? You know that “pilots never fail and pilots never scale”… What are your plans for the next plant? Any orders yet? How long will you be running this pilot for?

I found only this information about the project (ONAS being the grantee) in the SuSanA project database: www.susana.org/en/resources/projects/details/265

P.S. It might be helpful to break this long thread off into a separate thread fairly soon.
Head moderator of this Discussion Forum
(with financial support from WSSCC, now SHF)

19 Jun 2019 07:55 #27631 by Elisabeth
Two years later... I just saw a photo of the omniprocessor pilot plant in Dakar that we have been discussing in this thread for several years here in this presentation:
FSM: A business opportunity for the African private sector A successful PPP experience in FSTP operation in Dakar, Senegal
by Dr. Becaye Sidy DIOP
fsm5.susana.org/images/FSM_Conference_Ma...ion_FSM5_Becaye_.pdf

It was from the FSM5 Conference in February.

The company Delvic is operating 4 fecal sludge treatment plants in Dakar in a PPP arrangement for 7 years. They also operate the omniprocessor pilot plant. I'll try to find out more information about that, namely if the pilot plant is meant to be scaled up and if it can be operated with a profit.

+++++++++
Dear Elisabeth,
Thanks for your interest to the Omniprocessor project.
Yes, The pilot version can be scaled and it is the phase 2 of the process named commercial version. Our business plan shows that it can be operated with a profit by selling the electricity, the ash and an industrial product made from the Omniprocessor water (coolant).
--
Best regards
Becaye

Dr. Elisabeth von Muench
Independent consultant located in Brisbane, Australia
This email address is being protected from spambots. You need JavaScript enabled to view it.
Twitter: @EvMuench
Founder of WikiProject Sanitation: en.wikipedia.org/wiki/Wikipedia:WikiProject_Sanitation
My Wikipedia user profile: en.wikipedia.org/wiki/User:EMsmile
You need to login to reply
Share this thread:
Copy URL
Recently active users. Who else has been active?
Time to create page: 0.283 seconds
Powered by Kunena Forum