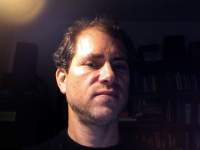 best wishes,
Michael Frishkopf
The following user(s) like this post: cecile
You need to login to reply
Less

I have the following questions:
Kind regards,
Elisabeth
Dr. Elisabeth von Muench
Independent consultant located in Ulm, Germany
This email address is being protected from spambots. You need JavaScript enabled to view it.
Twitter: @EvMuench
Founder of WikiProject Sanitation: en.wikipedia.org/wiki/Wikipedia:WikiProject_Sanitation
My Wikipedia user profile: en.wikipedia.org/wiki/User:EMsmile
You need to login to reply
Less

with best wishes, Michael
The following user(s) like this post: Elisabeth
You need to login to reply
Less

Happy Thanksgiving!
Anthony.
You need to login to reply
Less

09 Oct 2018 23:45 #26219 by kimmee22
Hello all!
I'm trying to put together a playlist of music people have put together about WASH topics across the globe, to play at an event for World Toilet Day.
So far I have the following songs. Can you help me find more music that has been made that I can add to my Youtube playlist before November 19th? The Playlist here: www.youtube.com/playlist?list=PLw6_u3lq6...RJIrnSHyENqrEtt-KZ8e
Thank you for the help!
~Kim
--
NYU BS '08 | NYU MPA '10 | IWC/UQ MIWM '16
Sanitation Services Consultant & Edutainer
Founder, FLUSH LLC
You need to login to reply
Less

just hoping more people have more from other countries I can add to the list.
--
NYU BS '08 | NYU MPA '10 | IWC/UQ MIWM '16
Sanitation Services Consultant & Edutainer
Founder, FLUSH LLC
The following user(s) like this post: Elisabeth
You need to login to reply
Less 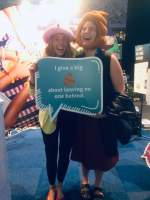 And if you need some inspiration... here's a Haitian rap track all about poop! Enjoy!

The following user(s) like this post: Malini
You need to login to reply
Page selection:
Share this thread:
Copy URL
Recently active users. Who else has been active?
Time to create page: 0.273 seconds
Powered by Kunena Forum