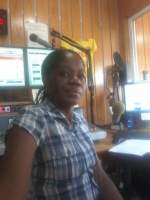 Here is another exciting article that describes how community led total sanitation initiatives has elevated the sanitation and hygiene status of a community in Benin.

Titled: "Open defecation free village brings health and pride to Benin community," the story captures some testimonies from community members who confess the risks and threats they faced dur to poor sanitation.

“Our little children suffered from fevers, diarrhoea and vomiting in the rainy season, but this year we did not see this,” said Ms Lamatou Katcho, a resident of the small village, as she appreciates the positive impact of ending the unsanitary behaviour.

Kaouhahou is a small community of 164 people on the outskirts of the town of Copargo in the western part of the country. In fact, the village had been already declared free from open defecation in June 2017 after constructing six communal latrines, each of them equipped with handwashing facilities.However, these communal latrines collapsed, and villagers returned to the practice of open defecation.Although they had been educated about the risks of unsafe sanitation, changing their behaviour was too much of a burden partly because they did not have the means to repair the latrines. It was simply easier to return to earlier practices.A line was crossed, however, when a small child in the community defecated in the open space in front of the local mosque.

It is always a pleasure to read about target population experiences. It was nice to learn that the children within the community in Benin no longer suffered from fevers, diarrhea and vomiting in the rain season. This important attributable change was a result of desisting from defecating in the open. Initially, In spite of being educated about the risks of unsafe sanitation practices, behavioral change still seemed like a burden because of not having means to repair the latrines, (this is usually the case in most typical rural settings).  PAPHyR must be commended for returning to the village as soon as they learned of the situation and helped the community regain their ODF status.

I decided to do some research to see what other experiences i could find, so here are a couple:

In Malawi,  in a village close to Lake Malawi, a lack of decent toilets meant that people had to do their business in the bush. But, with the help of a trained health workers like Singo Katanga, communities can improve the sanitation in their own villages. Here is a link to the story. An intervention supported by WSSCC in 2017

Also in Malawi,  Ngabu community was declared Open Defecation Free with support from World Vision in collaboration with Water for People. Ngabu is one of the areas in the Lower Shire that had been practicing open defecation, the coming in of  floods worsened the situation since people's houses including their toilets collapsed hence leaving them with no sanitation options. Find the story here .

Zambia has also made some steady progress, Macha, an expansive area in Southern Province with over hundred villages, became the first chiefdom in Zambia to be declared and verified as an ODF Zone. What happened to Macha chiefdom set a tone for a campaign that has seen 46 chiefdoms across the country become ODF, as of 2018. With the recent ones being Nyawa village in Kazungula, Kabulwebulwe village in Mumbwa, and Mailo village in Serenje districts.  The Government of the Republic of Zambia through the Ministry of Water Development, Sanitation and Environmental Protection, launched the first-ever National Strategy Open Defecation Free Strategy. It is a document that is aimed at providing a road map towards a multi-sectoral approach in handling sanitation challenges in Zambia. Read about the launch here .

Ending open defecation to meet the  SDG 6.2 target by 2030 will require an acceleration of policy, strategies and interventions.

23 Sep 2020 09:16 #30835 by Mbirungi
Dear Chaiwe,
I am extremely delighted to see the amount of efforts you have injected in finding some great examples of successful ODF campaigns from a wide range of countries.

...and we cannot stress this enough:

Thanks for sharing your experience on this issue of open defection. I am excited to hear about the efforts by the community-led-sanitation initiative that restored dignity to this community in Benin. Truly more action is needed in this "decade of action" for us to achieve open defecations free status across communities in our Nations. On world toilet day(November 19), last year,WaterAid Nigeria delivered a damning report on availability of decent toilets in the country. The report revealed that "over 120 million people in the country have no access to decent toilets in their homes or around them". It further revealed that" 59 million people don't have clean water and that is one in every three people, and that 59,500 children under five die each year due to poor water and sanitation ".(www.wateraidnigeria.com-world toilet day report).
This is a damning report, that needs interdisciplinary thinking and cross sector collaboration to address. There must be political will also to implement the right policy measures to achieve open free defection. Behavior change campaigns is also very important, as many people still practice open defecations due to traditional cultural practices. We must keep on raising awareness, as we work to achieve our shared value.
Shalom.
You need to login to reply
Share this thread:
Copy URL
Recently active users. Who else has been active?
Time to create page: 0.208 seconds
Powered by Kunena Forum