01 Sep 2016 16:02 #18899 by Carol McCreary
Public toilets have long been at the forefront of human rights advocacy in the United States. During the past year, the transgender community and parents of young children who identify with a gender other than their birth sex have successfully advocated for laws requiring gender-neutral toilet rooms to ensure greater privacy. This expansion of the human right to use a toilet has been met with counter measures in a number of states and local jurisdictions. Currently on the books or in the courts are a number of discriminatory “bathroom bills” that require people to use the men’s or women’s according to the sex stated on their birth certificates. In turn, the Obama administration, supported by civil rights organizations, has taken measures to block these discriminatory measures and uphold the equal rights guaranteed by federal legislation.

Several weeks ago Elisabeth von Muench requested a post elucidating the current controversy regarding the rights of transgender Americans to legally and safely use a public toilet. My colleagues and I appreciate this request because human rights are central to our mission at PHLUSH. This rapidly-developing American story, however, is difficult to follow, especially for many living outside the United States. There is no quick and easy overview of the issue. It's necessary to look at the historical background.

To introduce the current situation, we’ve created a simple timeline covering 120 years of legal measures and political advocacy related to toilet access. These include actions by federal, state, and local governments and by citizen groups. As the wheels of justice turn, we'll update the timeline with new laws and court decisions. We welcome questions and comments from Forum users as we further investigate these important issues.

The timeline of slowly evolving toilet rights in the USA is here: www.phlush.org/2016/08/31/social-inclusi...ransgender-americans Please note that the information at this link is regularly updated. The last change was made on December 11, 2016. 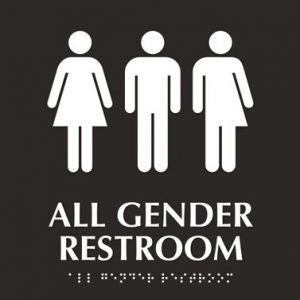 28 Oct 2016 07:05 #19433 by MBass
Public toilet is a right of every individual and people building them are really doing a great job.
The following user(s) like this post: Carol McCreary
You need to login to reply
Less

Thanks so much for setting up this "timeline" ( www.phlush.org/2016/08/31/social-inclusi...ansgender-americans/ ) about "Social inclusion, toilet rights, and legal protection for transgender Americans".

This is very interesting.

I have a question about this:


March 23 2016 In an attempt to stop the Charlotte law, The Legislature of the State of North Carolina, passes House Bill 2 (HB2) and Governor Pat McCrory signs it into law. This “Public Facilities Privacy & Security Act” does the following:

My very practical and perhaps stupid question is this:
How would you "police" that someone must use the (public) bathroom assigned to their birth certificate gender if that person looks like the other gender anyhow? Are you meant to have police men checking people's birth certificates or genitalia or whatever?
The only time someone might notice is in the case of open urinal stalls but anyone could use a private cubicle for urination anyhow? (OK, schools could be different if everyone knows the pupil in question personally)

Secondly, why are politicians bothered to try and sue the Obama administration over this - I mean don't they have more important things to do than to force people to use certain bathrooms over other bathrooms? It seems just ridiculous. (the argument is about crime in public toilets, is it? are there any facts that transgender people would commit more crimes when they use the female toilet? Most likely it is the other way around, i.e. that they would be attacked when they use the male toilet perhaps?)

Are you aware of similar backlashes against progressive gender-related legislation like in the US? OK, fair enough, transgender people probably have a very very difficult situation in most developing countries. But as far as developed countries go? I.e. those where homosexuality is accepted and not discriminated against?

19 Dec 2016 17:22 #19864 by Carol McCreary
Thank you, Elisabeth, for your good questions. Let me quickly note your questions and try to respond. Then as I find more solid information from journalists or transgender law groups I can add to these responses. Your question is not stupid at all. In fact, your suggested answer is the only one possible. Policing gentalia is implied and there is no legal precedent for anything like that. Plus the whole idea is offensive beyond belief. There has bee stalemate and stand off between the Democratic and Republican parties in Congress since 2012. Unable to get the legislation he wanted, President Obama has been taking executive action. Using his "pen and telephone", he has put into place legal measures for the duration of his term. In other words, the next president can (and likely will) simply abolish these measures. Among the most important are measures to protect our youth. One is DARPA or the Dream Act which allows kids brought to the US as infants to avoid deportation (to countries where they often don't even speak the language) and to continue their education. This is known as the Dream Act and the often brilliant kids protected are referred to as Dreamers. The other important one is protection against gender discrimination for all students in all schools under Title IX. en.wikipedia.org/wiki/Title_IX Title IX is what strengthened girls' sports facilities in public schools after 1972, for example. Now the protection includes transgender children. Many are certain of their gender dysphoria at a young age: they know what they want and need. The current protects all transgender people against bullying and harassment in restrooms. I also see it as an anti-suicide measure. Bullying and expressions of hate from peers often leads to suicide and so does living with biological gender if it's the wrong one for you. You are correct. There is lots of crime against trans people. There is not a single case of trans people assaulting others in restrooms. Nor is there any evidence that criminals impersonate trans people to commit assault. I'm not sure of the intent of your question, Elisabeth. However, I know there has been pushback against the UN's human development indicators for discrimination against lesbian, gay, bisexual, transgendered, queer and intersex people.
Carol McCreary
Public Hygiene Lets Us Stay Human (PHLUSH)
1240 W. Sims Way #59, Port Townsend, Washington 98368 USA

Stanford University intends to convert single-user restrooms throughout the university to all-gender facilities in recognition of the needs of people who are transgender, gender fluid and gender non-conforming, according to their handout ( news.stanford.edu/2017/05/12/stanford-in...er-restrooms-campus/ ).

The university’s efforts to convert restrooms to all-gender facilities and to offer its students more options in the residences reflect its commitment to inclusiveness.

All-gender facilities are also called gender-neutral and gender-inclusive facilities. They can include restrooms, showers, locker rooms and changing rooms that are usable by persons of all gender identities, while still providing privacy and security for individuals.

While customs in countries varies, this is somewhat unique experience, and a bit surprising as well – boys and girls using some toilet facilities. The concept of single occupancy washrooms for girls is termed as step that enhances girls’ privacy. Many countries, even today, have separate facilities for females.

I have moved your post into an existing thread that Carol had started (please scrol up). I think it fits nicely together. Carol is THE expert on this topic for the situation in the U.S., where it has become a very hot topic, even going all the way up to the level of president Obama and now president Trump, as Carol explained in her posts.

Of course there are also Wikipedia articles about this topic which are rapidly developing:

There is this one on unisex public toilets: en.wikipedia.org/wiki/Unisex_public_toilet

And there is this one on Sex segregation in public restrooms: en.wikipedia.org/wiki/Sex_segregation_in_public_restrooms

I have suggested to my fellow Wikipedians to merge the two articles into one to avoid dublication of information (awaiting an outcome on that discussion). 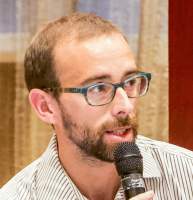 31 Jul 2017 12:15 #22193 by andreshuesoWA
Hello,
In case you are interested, there is a related thread here: forum.susana.org/170-shared-toilets-comm...ntersex-people#22192
which focuses on trangender and intersex people and access to toilets, with a focus on developing countries.
(Based on this blog: www.wateraid.org/news/blogs/2017/july/sa...ng-beyond-the-binary )
Cheers,
Andrés
Andrés Hueso
Senior Policy Analyst – Sanitation
WaterAid
Follow me on Twitter @andreshuesoWA
You need to login to reply
Less 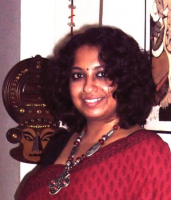 I published a small piece on "Challenges for Transgender-inclusive sanitation in India" recently.

Excellent article, thanks very much for highlighting it to us. It was very timely for me because I've been working on improving the Wikipedia article on unisex public toilets lately. I therefore quickly picked out some key statements of your article and included them in the Wikipedia article (with citation) under the section of legislation and under "society and culture".
See here: en.wikipedia.org/wiki/Unisex_public_toilet
(find the citation to your article easily by using Control+F and Biswas)

If you (or anyone else) can help with improving that Wikipedia article further, e.g. by adding more references, that would be great.

I am glad that the article was useful. I am happy with its inclusion in the Wikipedia article under "Society and Culture." I will be happy to look up a few references from the Indian context that may fit well in the WP page.

The following user(s) like this post: Elisabeth
You need to login to reply
Recently active users. Who else has been active?
Time to create page: 0.359 seconds
Powered by Kunena Forum