Contributing to World Water Day 22 March 2018: help us to improve these 10 Wikipedia articles 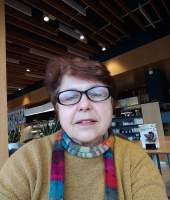 Hello to all participants,

I did read the article and find it very comprehensive; considering the example of Elisabeth, may be the lead part could be improved. It is nice that a young colleague has volunteered to do so and I would like to encourage her. May be my comments would help:

1. Comment 1: the definition of pollution, I suggest the following formulation

 Water pollution is the alteration in the composition or condition of natural water, either directly or in-directly, as the result of human activities, which initiates modification of ecological systems, hazards to human health and impairs the subsequent water use.
Source: Hranova R. (editor) (2005) “Diffuse pollution of water resources – principles and case studies in the Southern African region” Taylor and Francis/ Balkema, UK

The major difference with the current wiki definition, that pollution is considered only as consequence of human activities. Natural phenomena, causing undesirable alteration of water resources should not be regarded as pollution.

2. It could be recommended to stress more on poor sanitation practices as causes of water pollution as addition to what is already written.

3. To me in its current state the article is enough comprehensible for lay persons

Regards,
Roumiana
You need to login to reply
Less

Re: Contributing to World Water Day 22 March 2018: help us to improve these 10 Wikipedia articles

Thanks for your suggestions which were well received! They have inspired me to work on the article on water pollution more. I think I have improved it a bit now, see here: en.wikipedia.org/wiki/Water_pollution

I have added more information about sanitation (lack of versus safely managed), see here:
en.wikipedia.org/wiki/Water_pollution#On...y_managed_sanitation

I've also expanded a lead to summarise the article better. I have added a link to "Nature-based solutions" (which is this year's theme of World Water Day).

I've now made the first paragraph:

Water pollution is the contamination of water bodies (e.g. lakes, rivers, oceans, aquifers and groundwater), usually as a result of human activities. In many cases, water pollution is caused by the discharge of wastewater to water bodies without adequate from of treatment. Water pollution can lead to environmental degradation of aquatic ecosystems. In turn, this can lead to public health problems, for example if people downstream use the same polluted river water for drinking or bathing. It may also impair other subsequent water uses, like irrigation activities.

I am not sure if water pollution could not also be caused by non human activities?

The articles says elsewhere:
Natural phenomena such as volcanoes, algae blooms, storms, and earthquakes also cause major changes in water quality and the ecological status of water.

So I think "pollution" could also occur without humans, or do we then need to refer to it as "contamination"?

Regarding overall readability, its readability score (the so-called Flesch score) for this article is still rather low (33 but should be higher than 50). It might be OK for you and I to understand it but we should put ourselves in the shoes of a layperson (think of your mother or spouse, ask them if they understand everything)... So a bit more work to be done still.