We would like to introduce the grant we are currently working on in Freetown, Sierra Leone, with co-funding from the Bill and Melinda Gates Foundation and DfID. The project has started three months ago in the end of November 2015 and is currently still in the early stages.
We would be happy to get in touch with other similar FSM projects in order to exchange knowledge and experiences, and also to get general comments and feedback on this forum.

Subtitle: To improve the sanitary collection and transport of faecal sludge in Freetown, Sierra Leone, through a strengthened regulatory environment and public infrastructure, effective and efficient private service providers, and increased public awareness
Short description of the project:

The mandate for ensuring environmental sanitation in Freetown lies with the FCC (Freetown City Council), in line with the Local Governance Act of 2004, regulated by the Ministry of Health and Sanitation (MoHS). However, the complexity of the Freetown environment, combined with rapid urban population growth means that the challenges facing FCC are significant. Most of the environmental systems were designed for much smaller populations and the civil war greatly affected the capacity of institutions to manage service provision for the increasing population. General poverty levels mean that investment in sanitation services and improvements in the sanitation chain are very difficult to achieve and that it is unlikely that public sector, private sector and household clients alone can provide the necessary investment in infrastructure to reach a city-wide viable FSM system.

Over 90% of the Freetown population is served by on site sanitation. The city’s topography and the unequal nature of its development creates significant challenges to pit emptying as vacuum trucks cannot gain access to pits in densely populated areas, which commonly do not have wide enough paths for the trucks to pass. Services for on-site sanitation in Freetown are largely provided by unregulated service providers working informally.

Some of the main challenges in regards to FSM in Freetown are: This project was developed based on the results of Phase I (March 2014 to October 2014), which included but was not limited to a Willingness and Ability to Pay Survey, an initial capacity gap assessment of FSM across government and service providers, a review of current technologies and management systems for services providers and faecal sludge quantity calculations.

Phase II works together with Freetown City Council to create an enabling environment for the Private Sector to enter the sanitation value chain for collection and transport of faecal sludge. A Sanitation Unit will be established within the City Council to enforce an effectively regulated system which will include identifying opportunities for Service Level Agreements, advertising these and awarding performance based contracts to competent service providers. The Sanitation Unit will also contain a Contact Centre to act as the link between customers who need pit or septic tank emptying services and the service providers. The Contact Centre will be used not only to request pit and septic tank emptying services, but also to report on the quality of service received after a job has been completed or to report illegal dumping of faecal sludge. This will be used in conjunction with a monitoring and evaluation system to ensure the services are regulated, of high quality and are available across the city.

Many households in Freetown rely on manual pit emptiers as their homes are difficult to reach due to hilly topography or overcrowding in slum areas. Hence, infrastructure will be built such as transfer stations where sludge can be deposited by manual pit emptiers and stored until a vacuum tanker can transport the sludge to the only legal disposal site in the city, Kingtom. Otherwise the faecal sludge is dumped indiscriminately in drainage or around the neighbourhood. Transfer station designs and management models used in other countries will be investigated to determine the most appropriate option for Freetown. Additionally equipment will be included in the transfer station design model, to be available for the manual pit emptiers to use.

As well as infrastructural and technical support, capacity building will also be provided to the Private Sector actors, i.e. the vacuum tanker owners and the manual pit emptiers, to improve the quality of services provided and encourage safe practices to facilitate formalising the sector.
Finally, there will be a focus on increasing public awareness of FSM issues by educating people on the importance of effective FSM at city scale, the laws and regulations associated with this and understanding of the roles and responsibilities of the different stakeholders involved i.e. the Public Sector, the Private Sector and the community. Furthermore, information regarding the Sanitation Unit and the Contact Centre will be shared with the public to ensure the success of these services.

Goal(s):
The overall goal of the Project is to decrease in the quantity of untreated faecal sludge being released into the environment of Freetown.

Three outcomes have been set to achieve the above mentioned goal:
1. Strengthened regulatory environment and improved public infrastructure for FSM
2. Strengthened private sector entities in collection and transport of faecal sludge
3. Increased community awareness, acceptance and use of appropriate FSM 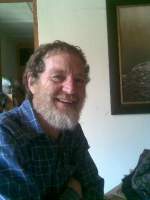 01 Mar 2016 22:57 #17278 by Ian
A very relevant programme. Attached is a brief summary of options for faecal sludge removal from pit latrines compiled for municipalities (from 2013). It may not be relevant for Freetown, but may be of interest.

Note by moderator (EvM): a related publication by WRC from 2012 is this one:
www.susana.org/_resources/documents/defa...trines--volume-3.pdf
It is volume 3 of this publication:
Still, D., Foxon, K., O’Riordan, M. (2012). Tackling the challenges of full pit latrines - Volumes 1 to 3. WRC Report No. 1745/1/12, Water Research Commission, South Africa www.susana.org/en/resources/library/details/1712 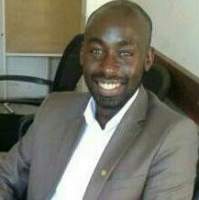 Thanks for the detailed introduction of the Freetown FSM project. There are plenty of similarities with what Kampala has embarked on - with funding from BMGF/DFID as well. You can read more about Kampala via this thread:

It would be great to explore learning opportunities between the two cities - as there are plenty of common challenges - including hills and valleys topography:-)

Skype: tufre80
You need to login to reply
Recently active users. Who else has been active?
Time to create page: 0.314 seconds
Powered by Kunena Forum