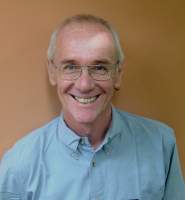 20 Aug 2015 05:11 #14594 by lucasdengel
Elisabeth has made me aware that this posting of mine had not been published because I had sent it to the wrong e-mail address, hence herewith again. It had been sent in response to a posting by Elisabeth ( here on 1 June) and it starts in reference to remarks therein:

I hope this is not becoming too personal

"I have never really been able to get my head around why anyone would use a bidet* in the first place."

Do you expect people to take a full-body shower after each pee?

Now, in case someone amongst the readers feels completely different or the opposite, be it as it may be, but "conditioning" of what is clean and of what is unclean plays a major role, and differences in climate and resource availability lead to a different conditioning which then may become ritualized or coded. I thought all that is obvious. Is it not?

I admit a bidet is an odd construction if you can have a simple "health faucet" i.e. a small hose pipe.

Or, are my comments off? Did I miss anything? Rgds, Lucas

PS: The Aztecs regarded the Spaniards as unpleasantly odorous.


* Added by moderator:
Wikipedia has this to say about bidets:
en.wikipedia.org/wiki/Bidet
Dr. Lucas Dengel
Executive
EcoPro
Aurosarjan Complex, Auroshilpam
Auroville - 605101, India
website EcoPro: www.ecopro.in
personal e-mail: This email address is being protected from spambots. You need JavaScript enabled to view it.
You need to login to reply
Less


I find them a little odd as they don't have a water jet and not a wider drain.
I am actually staying at a friend's house today here in Germany where they have a bidet in their bathroom and it feels nowadays like an old-fashioned feature, at least to me (this house was built in 1980), you don't really find them in houses that were built more recently, as far as I can see.

I can very well imagine that once one is used to washing the bum with water after defecating that one finds that much more hygienic than using only toilet paper.
Those who are used to toilet paper on the other hand find the thought odd to a) have to touch your bum with your hand and possibly get in touch directly with the feces (if there is no "health faucet") and to b) leave the toilet with a wet bum (although toilet paper could be used to dry the bum).
Maybe this is getting too graphic/detailed, but so what, these are the realities of life and we are here to talk about such sanitation taboos, too, aren't we.

P.S. Why did you mention the Aztecs in particular? Were they washers, not wipers, or do you mean in general that they were doing better in body hygiene than the Europeans in those days?
Dr. Elisabeth von Muench
Independent consultant located in Ulm, Germany
This email address is being protected from spambots. You need JavaScript enabled to view it.
Twitter: @EvMuench
Founder of WikiProject Sanitation: en.wikipedia.org/wiki/Wikipedia:WikiProject_Sanitation
My Wikipedia user profile: en.wikipedia.org/wiki/User:EMsmile
You need to login to reply
Less

21 Aug 2015 03:20 #14599 by lucasdengel
As regards the Aztecs and the Spaniards, I only thought of general concepts of hygiene. As many readers of this forum might know, once upon a time in Europe (roughly between 500 and 1500 CE) we had a long tradition of regarding washing and bathing as vain and as unhealthy. Hardly imaginable that subtropical societies would have "invented" such a code of hygiene. - Maybe not completely irrelevant to the topic.
Dr. Lucas Dengel
Executive
EcoPro
Aurosarjan Complex, Auroshilpam
Auroville - 605101, India
website EcoPro: www.ecopro.in
personal e-mail: This email address is being protected from spambots. You need JavaScript enabled to view it.
You need to login to reply
Page selection:
Share this thread:
Copy URL
Recently active users. Who else has been active?
Time to create page: 0.256 seconds
Powered by Kunena Forum