27 Nov 2015 09:47 #16070 by cddsociety
Dear All, we are happy to tell you that Devanahalli Town Municipal Council (TMC) near Bangalore, India commissioned its first Faecal Sludge Treatment Plant (FSTP).

On occassion of World Toilet Day a first of its kind plant in India for safe treatment and disposal of sludge collected in septic tanks and pit latrines was launched in Devanahalli, Karnataka.

Devanahalli, like many other densely populated towns and cities in India, does not have an underground drainage (UGD) system. Most of the town’s households depend on on-site sanitation infrastructure such as septic tanks and pit latrines for sewage disposal which require periodic emptying. However, lack of designated places for disposing the faecal sludge leads to unsafe dumping on land and in water bodies. Therefore, the FSTP at Devanahalli provides a safe delivery point for the waste

It should be noted however, that an FSTP is only a first step in proper management of Faecal Sludge. Emptying of on-site systems and their maintenance is today largely unregulated. Vacuum suction vehicles – the so called “honey suckers” - operate in an unsafe and informal environment. A well designed ‘Faecal Sludge Management” system will address policy/regulatory issues and develop business models to sustain the entire system. 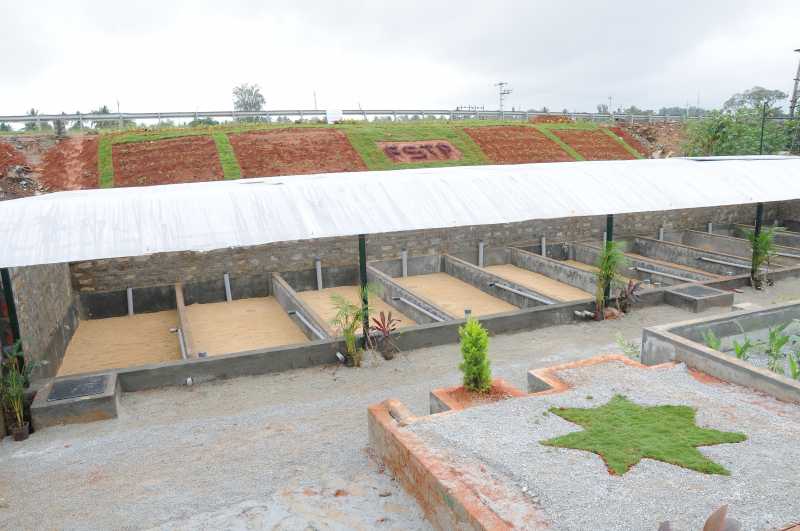 29 Nov 2015 09:50 #16088 by VigyanVijay
Pl. accept our well wishes, When the plant is on a stabilised run Pl. arrange to provide details of daily load, what produce is generated- quantity/ quality.. any production of bio- gas done. and costs, gains Many thanks.