Impact of WASH on Babies - WaterAid’s Healthy Start: the first month of life

Impact of WASH on Babies

According to a US WaterAid’s post ( www.wateraid.org/us/one-in-five-newborn-...s-could-be-prevented ), 500,000 babies die in the first month of life each year, in developing countries.

Ms. Sarina Prabasi, WaterAid Chief Executive, says that one in five newborn deaths in the developing world is due to a lack of safe water, sanitation and clean hands. A WaterAid briefing shows that nearly half a million babies die in their first month of life each year because they are born into unhygienic conditions.

“For one in five babies who die during their first month of life in the developing world, simply being washed in clean water and cared for in a clean environment by people who had washed their hands could have prevented their untimely deaths. In Mali, for instance, one woman in every 17 will lose a baby to infection during her lifetime compared to one in 2,958 in the US,” says WaterAid post.

I have myself seen in the rural areas of Sindh, Pakistan, babies being brought up in most unhygienic environment. Even the hospitals in rural Sindh lack basic facilities, and babies even die in hospitals. A recent (4 Jan) newspaper report ( www.dawn.com/news/1380610/five-more-infa...alnutrition-in-mithi ), reveals that in 2017, around 512 infants died at six different health facilities of the Tharparkar district. Not only that, it is a continuing process – death of babies.

Perhaps, the US-based WaterAid needs to revisit their figure of 500,000 deaths of babies in developing countries. 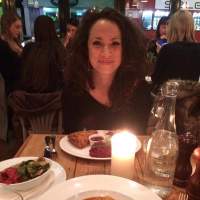 An interesting point, thank you for sharing.
For my PhD research I am looking at the relationship between sanitation and nutrition and environmental enteropathy and effects on stunting in infants in Ethiopia. As I read more about the impact of pathogenic exposure on the gut, it seems so obvious that faecal exposure has been sorely missed as a focus to prevent under 5 morbidity and mortality.
The new BabyWASH coalition hopefully holds promise to start the integration of WASH and nutrition sectors for infant health.
The following user(s) like this post: neilpw
You need to login to reply
Less 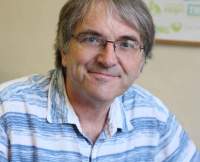 Thank you for your message about 'sanitation and nutrition and environmental enteropathy and effects on stunting in infants in Ethiopia'.

On the CHIFA forum (global child health and rights: www.chifa.org ) we are currently looking at health care for the newborn (from birth to 1 month). I would be grateful to learn from you and others about the impact of (lack of) sanitation on the mortality and morbidity of newborn infants in low- and middle-income countries.

Let's build a future where children are no longer dying for lack of healthcare information - Join CHIFA (Child Healthcare Information For All): www.hifa.org/forums/chifa-child-health-and-rights

Sophie
You need to login to reply
Less

Can this theme be applicable at the Central American level? since I have read that developing countries focus on the areas of Africa.
And because you can hardly find precise statistics on the mortality of children under one month with their
main cause.
You need to login to reply
Share this thread:
Copy URL
Recently active users. Who else has been active?
Time to create page: 0.220 seconds
Powered by Kunena Forum