Campaigning for sanitation in Ghana, India, West Africa and the US (WaterAid America Inc.)

Campaigning for sanitation in Ghana, India, West Africa and the US (WaterAid America Inc.)

Please find below an introduction to our project which is funded by the Bill & Melinda Gates Foundation. Please let me know if you have any questions or comments. I would be happy to answer them.

Title of grant: Campaigning for sanitation in Ghana, India, West Africa and the US

Developing country where the research is being tested: West Africa, Ghana, India

In 2015, 2.3 billion people globally have no access to improved sanitation facilities and of them, 946 million defecate in the open. It is estimated that more than 340,000 children under the age of five die annually from diarrheal diseases due to poor sanitation and hygiene, or unsafe drinking water. The global MDG target for sanitation has been missed by almost 700 million people (JMP - WHO/UNICEF, 2015). While high-level political WASH commitments are in place globally, regionally and nationally, a number of barriers exist which exacerbate the struggle to turn policy and commitments into operational and actionable plans, and these in turn into improvements in access for the poor and marginalized. In alignment with existing African and South Asian commitments (for example, the EThekwini and Sanitation and Water for All - High Level Meeting commitments), WaterAid campaigns in West Africa, Ghana, and India, to elevate sanitation as a national political priority and improve the effectiveness of public investments by national governments and international donors in these countries.

To elevate sanitation as a national, regional and global political priority and strengthen accountability for related political and financial commitments at all levels, with a particular focus on West Africa, Ghana, India, and the US, and improve the quality of aid delivered.

WaterAid endeavors to effect change at the local, national, regional and global levels. Specifically, the objectives of WaterAid’s advocacy work are to: Note 1: Public campaigning work, positions and statements need to be evidence-based. As an example in India, we have used evidence from WaterAid’s practical experience and research to influence state and national urban ministries to strengthen urban local governance and streamline resource allocations to WASH interventions. Our objective is to inform our urban and small town WASH strategy for sanitation that is ultimately incorporated in city-level slum sanitation strategies and in turn, scaled up at the state and national levels.

WASHwatch.org facilitates collaboration and monitoring of government and donor WASH commitments in a transparent, inclusive, efficient and iterative way. Concretely, WASHwatch is: a) a platform where all sector stakeholders can share evidence on progress or under-performance towards commitments; b) an up-to-date and reliable info hub on WASH commitments and progress; and c) a platform where all stakeholders can share their analysis of the sector and identify bottlenecks to progress.

Program implementation is progressing as expected in West Africa (Note 2), Ghana, India and the US and with the improvement of the advocacy tool, WASHwatch.org (see link above). At the global level, WaterAid has been advocating for over three years for a dedicated goal on water and sanitation as part of the Sustainable Development Goals (SDGs). On September 25, 2015 we saw our hard work come to fruition with the adoption of Goal 6 to ‘ensure availability and sustainable management of water and sanitation for all’.

Note 2: WaterAid has a Regional Team based in Senegal, which provides support to WaterAid’s country programs in West Africa (Ghana, Mali, Niger, Burkina Faso, Nigeria, Liberia and Sierra Leone), including on policy influencing and campaigning. Under this grant, WaterAid and partners conduct specific activities in Ghana, but also broader policy and influencing activities at the regional level, which serve the West Africa Region as a whole.

In India, WaterAid organized the WASH summit in New Delhi, joined the India sanitation coalition and engaged stakeholders to push forward the sanitation agenda. Building on our influencing efforts at Africa Water Week, WaterAid played a lead role on the organizing task force of AfricaSan4 in Dakar (May 2015), convened by the Africa Ministers’ Council on Water (AMCOW) and the African Union. Our influencing efforts contributed to ‘The Ngor Declaration on Sanitation and Hygiene’, a road map for African governments to deliver dignity and equity in sanitation and hygiene. In the US, we engaged to improve equitable sanitation services and maximize the health impacts of sanitation.

washwatch.org was formally launched during AfricaSan4 and is increasingly used by WaterAid and WASH advocates to support sanitation campaigning and monitoring processes. At this time, WASHwatch receives collaboration from a wide range of partners from CSOs to donors, governments, multilaterals and development banks. It works on a regular basis with many institutions such as the World Health Organization, End Water Poverty, and AMCOW. WASHwatch started in 2010 as a side-project, but now has a dedicated full-time position to develop the platform. The website contains features like strengthening accountability; the eThekwini monitoring scores; country’s investments and progress for WASH; and a global WASH access map. Specific developments for the next 6 months include developing country case studies and success stories using WASHwatch in WaterAid’s country programs.

WaterAid has made strides in pushing for policy change with the ultimate goal of improving equity of access to sanitation services. The major highlights include Africa Water Week in May 2014 and AfricaSan in May 2015, where our influencing efforts contributed to the African Ministers’ Council on Water (AMCOW) prioritizing water and sanitation as a separate goal in the post-2015 development agenda. Following the adoption of the SDGs, we will now support governments to deliver on their commitments and track implementation over the next 15 years.

In addition, WASHwatch.org secured buy-in from AMCOW, Water and Sanitation Program, CSO representatives and SACOSAN stakeholders. WASHwatch.org has been operationally tracking government promises and commitments, such as the eThekwini commitments. In addition, End Water Poverty developed several country briefings for Zambia, Ghana and Pakistan on the current state of access to water and sanitation. These reports that are based on WASHwatch data and used for policy influencing at country level.

By and large, we have not faced any major challenges. However the AfricaSan4 meeting which is a major pan-African initiative to promote political prioritization of sanitation and hygiene, had been postponed from late 2014 to May 2015 due to the Ebola outbreak in West Africa.
You need to login to reply
Less

Re: Campaigning for sanitation in Ghana, India, West Africa and the US (WaterAid America Inc.) 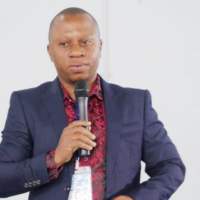 11 Jul 2017 13:34 #22035 by ossai
Dear Broseus,
I suppose that you will get this mail in good condition of health and well-WASH (that is a state of being free of water supply, or sanitation hygiene malfunction).

Let me introduce SuSanA Nigeria Member institutions agglomerating towards contributing to the improvement of WASH in Nigeria and across West and Southern Africa Region (see also here: forum.susana.org/232-susana-meetings/214...r-meet-up-in-nigeria ). We are made up of potential 213 institutions and organizations working in different thematic areas of WASH but united by the vision and mission of SuSanA Forum to leverage our strength, expertise and experience garnered from the SuSanA to impact our continent.

Your project was brought to our attention by the secretariat and we must appreciate them for drawing our attention as well as you, for conceptualising and pursuing the implementation of this campaign which is very much needed at this time.

More so, it would be awesomely appreciated if you could share any of the research report or result of these your projects.

Most importantly, you work with WASHwatch.org and other partners in monitoring and evaluation of projects and political commitments in the african continent is legendary, would it be possible to provide us ny form of mentorship or technical support in monitoring and evaluating the implementation of the Nigeria government policy entitled Partnership for Expanded Water and Sanitation Hygiene.

thank you, as i forward to your response.

Ossai Ilome,
Your Life is the Work of a Creator, What have you Created for others?

Serves as the Special Advisor,
to the President,
Association of Non-Bank Microfinance Institutions of Nigeria
www.anmfinigeria.org
You need to login to reply
Page selection:
Share this thread:
Copy URL
Recently active users. Who else has been active?
Time to create page: 0.283 seconds
Powered by Kunena Forum