some input from people who are experienced in building Clivus Multrum like waterless toilets? (Question from Timor Leste) 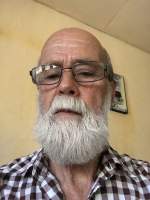 27 Sep 2019 12:16 #28212 by Boyercutty
Hi Joe,
Yes, I have concerns as well about bottom washing water, especially after finding out that some people use up to three litres of water. It has been customary for people to wash partly because of the unavailability and cost of toilet paper.

I will have a go in constructing a urine diversion system made from standard plumbing fittings. We will see if it works and how much it catches.

There are about 40 people onsite and it is next to the boys dorms (20 people) so I hope a two seater will cope with that. There are other toilets, a couple of squat ones and a WC toilet.

In Timor Leste there are cultural issues about the reuse of water, Grey as well as black. Traditionally people were reluctant to reuse any. Even rain water is rarely used. However people are happy to mix Grey and black and attempt to dispose of it by building holding tanks that leak (no bottom) and no leach drains. As long as the leaking is greater than the inflow, as is well. Many times this is not the case, tanks overflow and the toilets are locked up. People are reluctant to clean the tanks, as they are ‘dirty’, they rather build new tanks. So Timor is not short of toilet issues, hence my attempt to try something different. The toilets are based at an agricultural training centre that know and practices composting. To compost human waste plus carbon extras is something that they did not know about, but are willing to try.

We are working here as AVP volunteers under a program sponsored by DEFAT. In Timor nobody has a budget for anything and the college was going to approach some of their donors for funds to build the toilets. This was not going to happen in a hurry, so my wife and I decided to fund ourselves. The floors and footings are down and we start laying cement blocks in a few days. We might well have to include a supply of toilet paper in our budget.

I have made more detailed drawings to use as building plans. Please ask critical questions as this makes me reassess my presumptions.
Cheers
Keith CJ Schekkerman
You need to login to reply
Share this thread:
Copy URL
Recently active users. Who else has been active?
Time to create page: 0.246 seconds
Powered by Kunena Forum