Lab tests have shown that Moringa oleifera leaf powder has potential effect as a hand washing product, in addition to the known antibacterial benefits against different pathogens.

The powder was tested by the London School of Hygiene and Tropical Medicine and SBI Consulting Ltd in Mozambique: the research was on hands artificially contaminated with E. coli and compared to the effect of non-medicated liquid soap. The results found were that four grams of Moringa oleifera powder had the same effect as non-medicated soap when used for hand washing. Further testing will be done in practical settings.

For an article summary and link from Sanitation Updates, please follow the link: sanitationupdates.wordpress.com/2014/02/...anitation+Updates%29

(Posted by Roslyn)
Posted by a member of the SuSanA secretariat held by the GIZ sustainable sanitation sector program
Located at Deutsche Gesellschaft für Internationale Zusammenarbeit (GIZ) GmbH, Eschborn, Germany
Follow us on facebook: www.facebook.com/susana.org , linkedin: www.linkedin.com/in/sustainablesanitationalliance and twitter: twitter.com/susana_org
The following user(s) like this post: AnnShannon
You need to login to reply
Less

Unilever is therefore in trouble ... funny enough London School of Tropical Medecine is one of their many partners for the lifebuoy promotion.

Did you find any further link on how to make it, is it simply pure powder of the leaves ?

This is a serious revolution, not only for world's health but as well for the quantity of forests that are cut to grow palm trees all over the world.

Congratulations to these researchers, looking forward to some further reading about it !

Thanks for your post which makes me more curious about this research and its potential relevance at a larger scale.

One thing I have been wondering about: There was a similar research project funded by the Gates Foundation which was posted here on the forum:
forum.susana.org/forum/categories/97-ena...rn-africa-kenya#4427

To what extent is this the same or a similar approach?
Those researchers from University of Eastern Africa in Kenya used Senecio Lyratipartitus (any relation to Morgina? Same family of plants maybe?). And they produced a gel from it (not a powder).

Here is a quote from the mentioned post (link above):


Current State of Affairs:
Our team applied for phase II grant from the foundation, but we have not received a response. We intend to continue the project with hopes that we will get funding. A sample of our hand sanitizer gel was presented and demonstrated to some participants attending the FSM2 conference in Durban. If resources will be available, we intend to produce a large quantity of S. lyratus disinfectant to be tested in a wide population that practices anal ablution after defecation. Time allowing, we will work on purification and isolation of the active ingredients of Senecio lyratus. Intellectual Property Rights will also be sought.

If it turns out that the leaf (or leaves) are useful, I seriously hope that this doesn't happen.

Of course, I appreciate that pharma companies and research outfits invest a lot of money in new technology, but finding new active ingredients from existing cultivated plants seems to me to be taking the biscuit.

I suppose they might be trying to get IPR on the gel or the extraction method or something. But just trying to do that on the active ingredient seems.. wrong.
You need to login to reply
Less

I'm always so surprised some researchers keep finding such potential in nature, 2000 years after invention of soap. Imagine the next generation of latrine with a tree nearby which will replace soap. This is great, looking forward to the field tests !

Re: Senecio lyratipartitus and moringa ? 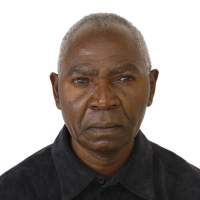 27 Feb 2014 21:16 #7541 by asafumaradufu
Thank you Elisabeth! I moved from Kenya and I am now in Tanzania. I am trying to establish my own lab here in Arusha Tanzania. Once I am settled I will surely continue with the Senecio project. I had hoped that I would be funded by BMGF in phase 2 but this did not happen. Hence I'll struggle on my own but this will be difficult especially when we work as team. Thank you for drawing my attention to Moringa.

Sincerely Asafu
Professor Asafu Maradufu
University of Eastern Africa, Baraton
Affiliate Researcher
Tel: +255762102042: +254722141670
Email: This email address is being protected from spambots. You need JavaScript enabled to view it.
You need to login to reply
Less

28 Feb 2014 05:53 #7545 by JKMakowka
Moringa is an interesting plant for many reasons, but making soap is not very difficult and market penetration of cheap commercial products is quite high too.

Therefore I doubt that "soap not being available" is a relevant concern expect for the most remote areas, and "soap is too expensive" is probably also not the main issue (but low willingness to pay might be).
You need to login to reply
Less

You're probably right, however I barely ever saw any soap localy made available (I just know central africa and south east asia) in the developping world. In Cambodia, I don't remember the price difference between soap and washing powder but most people were washing hands with very agressive chemical washing powder, when they were.

On another hand even at a very low price, we're always dealing with people who earn so little that every cent saved is meaningful. That would be interesting to know what represent monthly soap expenses for low income families all over the world, I'm pretty sure it's significant in percentage.

Wishing you all a good day,

28 Feb 2014 09:05 #7549 by Elisabeth
I agree with Kris' concerns regarding human behaviour and attitudes towards handwashing. However, maybe the more interesting aspect about these two research projects is that they could lead to "hand washing without water", i.e. killing pathogens on hands without the use of water? Is that perhaps the novel aspect of it, that would be different to the use of soap?

Such a powder or gel could therefore be used in settings where water is scarce or unavailable: any place where women have to walk long distances and carry 20 kg of water on their heads to bring the water to their households (= water is precious and maybe people don't want to "waste" it for handwashing), or e.g. at markets and public places in the city, certain work places etc. (I know people in Germany and UK who carry those little hand sanitiser spray things with them and use them after using public toilets for example or before/after shaking hands - I know, a bit exaggerated; but remember during the swine flu epidemic in Europe? People were suddenly more aware again of clean hands - thanks to the media hype...).

The article on Moringa that is linked above doesn't clearly say if hands could be cleaned without water (and only with Moringa), but I think that could be inferred:


Methods:
Hands treated with dried Moringa oleifera received one of the 3 different amounts (2, 3 or 4 g) whilst hands treated with wet Moringa oleifera received 2, 3 or 4 g of the herb powder plus 20 ml of tap water which was added on the top of the Moringa powder deposited previously into each pair of hands. In both cases the participants then rubbed their hands with the product for 1 minute. Hands were rinsed under running water for 15 seconds and were allowed to dry for 3 minutes.

Discussion:
[...] In this study we have demonstrated the effect of dried Moringa oleifera leaves in reducing bacteria on hands. It would be very interesting to test the bacterial reduction effect of fresh leaves. The possibility of using fresh leaves could facilitate its use as preparation process would not be necessary, opening up new avenues for its use, for example in open defecation places where Moringa trees are available.

Conclusion
Four grams of Moringa oleifera powder in dried and wet application had the same effect as non-medicated soap when used for hand washing. Moringa oleifera could be very useful in places where soap or water is not available, and where this tree grows naturally. It could also be a cheap and healthy hand-washing optional product. Our data have been obtained in a laboratory setting, so the next step will be to try this product in real conditions and study its acceptability and convenience for potential users. Moringa oleifera formulations should be investigated further in randomized controlled trials.

Source: www.biomedcentral.com/1472-6882/14/57
(how nice that they published in an open access journal! --> "This is an Open Access article distributed under the terms of the Creative Commons Attribution License ( creativecommons.org/licenses/by/2.0 ), which permits unrestricted use, distribution, and reproduction in any medium, provided the original work is properly credited.)"

Regards,
Elisabeth
Dr. Elisabeth von Muench
Independent consultant located in Ulm, Germany
This email address is being protected from spambots. You need JavaScript enabled to view it.
Twitter: @EvMuench
Founder of WikiProject Sanitation: en.wikipedia.org/wiki/Wikipedia:WikiProject_Sanitation
My Wikipedia user profile: en.wikipedia.org/wiki/User:EMsmile
The following user(s) like this post: JKMakowka
You need to login to reply
Less

I actually have a sample of a silver impregnated piece of cloth that is marketed by a German company for dry hand washing by the way.

What could be also interesting is to find an anti-bacterial liquid that doesn't require rinsing, i.e. one you can splash on your fingers that will not be sticky when dried and maybe even smell nicely.
I think "bamboo vinegar" could be such a liquid that can also be produced locally. It is quite acidic though and might stress the skin too much.
You need to login to reply
Less

28 Feb 2014 11:20 #7556 by joeturner
I think I recall reading that alcohol gel does not necessarily work as well as soap. British hospitals with problems of infection now insist that visitors and staff both wash hands with soap and use the alcohol gel.

Regarding the use of soap, it seems to speak to the behavioural economics that Elizabeth Tilley speaks of here - the overall health benefits of using soap might well be very large, but the immediate cost of buying soap, albeit quite small, might be enough to prevent a change in behaviour.

05 Mar 2014 10:14 #7644 by dietvorst
Manufacturers like to make us think that soap is essential for hygiene, but research shows that friction is the main mechanism involved in decontaminating hands.


In situations where hands are not visibly soiled, a purposeful hand wash under running water for 20 s, with friction, will deliver an effective outcome that can be improved marginally by the addition of soap.

A colleague of mine told me once that the London School of Hygiene & Tropical Medicine had come to a similar conclusion - though I can't find the reference.