From 1983 - 1995, a company in Alaska, called AlasCan, Inc. developed, perfected and proved that a decentralized, onsite composting tank, for the Sealand Traveler low flushing toilet, combined with a 500 gallon water storage tank for rain and snow and local delivered water, and an aerobic greywater system with an Infiltrator 18 sq Ft evaporation system above the Arctic Circle in the village of Buckland, it and two other identical systems worked perfectly, where $6 billion dollars had already been spend throughout Alaska by the US Public Health Service (USPS) and the Alaska Department of Environmental Conservation (ADEC) funding and installing piped systems, which after 50 years have been accepted by all governments as a complete failure and a total waste of US Taxpayer money.

Today, the state of Alaska has refused to accept and rejected Private Enterprise as a potential player and proven solution because the government wants the University of Alaska and chosen engineering firms to try to duplicate what AlasCan accomplished 35 years ago for peanuts with the financial help ($15,000) from then second time around Governor Walter Hickel.

The state of Alaska's goal now and their same concept of turning feces into drinking water is to invent and produce a system that costs a little less than $135,000 per household and an operating cost of $245 per month per household for Eskimo people who are on a Subsistence lifestyle.

Even though a lot of you think that UDDT's or whatever shrinking of poop or urine diversion concepts and techniques are great ideas, I would point out that Private Enterprise has ALWAYS been the pioneer and accomplisher when all of the academics, sanitary engineers and government pension seekers have raped the coffers, and left the "Developing areas of the World" in worse shape and with no hope, is exactly what is happening with Gates Foundation Money now.

Whether it is water or poop, Mother Nature meant it to be RECYCLED utilizing her Natural composting principles for feces and URINE to produce a USABLE fertilizer end product and ozone, reverse osmosis and Silecte quantum electron disinfection technologies to produce SAFE DRINKING WATER instead of unknown mineralized well water and dried cow pies, which have never and will never be economically and/or environmentally effective. 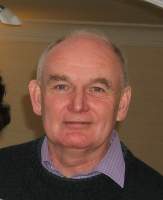 31 Dec 2016 07:35 #19932 by kevintayler
One further point - regarding the AlasCan system. There is information on it at https://www.princeton.edu/~ota/disk1/1994/9401/940107.PDF , along with other systems tested in Alaska. I will be looking at it in more detail as I am currently working on sanitation in cold climates so will get back with some thoughts later. One initial thought is that id is dependent on having access to power. However, as noted in my earlier post today, this should ideally be in a different topic thread

In your research please find a very expensively produced document from the Office of Technical Assessment, (somewhere in the 80's or early 90's), which clearly pointed out the insufficiency of the government's forced attempts to make pipes work and the total conclusion that ALTERNATIVES, such as the AlasCan, should be pursued.

With another 35 years under our belt, the improvements towards the total concept of COMPLETE water supply and environmental sanitation have significantly advanced with the invention and use of ozone, reverse osmosis (1:1) and quantum disinfection.

Yes, some things do require external power, kind of like the zillions of automobiles on the road worldwide. Why are we not using hydrogen instead of gasoline.

Oh yah, I forgot, there are financial interests at stake and we certainly would not want to disrupt the fossil burning industry and stop all these wars that are so effectively not only destroying our planet but humanity as a whole.

As long as the academic and the resulting PROFESSIONAL system continues to PREACH that human excrement and organic scraps are WASTES and not fuel (RESOURCES) for our spaceship we will continue in this endless spiral towards environmental destruction.
You need to login to reply

Re: The Problem - The Governments and Professionals with Vested Interests

02 Jan 2017 01:56 #19950 by clint
From 1983 - 1995, a company in Alaska called AlasCan, Inc., created, perfected, patented, and proved that decentralized, onsite composting of toilet resources and the aerobic treatment of greywater worked perfectly in three distinctly different homes with families above the Arctic Circle in Buckland, AK.

To protect these simple and low-cost technologies from the permafrost earth, an attached and/or detached, super-insulated ,10’ wide x 16’ long structure on a supported foundation, was designed, manufactured, flown to Kotzebue, then flown again in a DC-3 to Buckland, hauled, erected, put together and made operational by AlasCan, Inc. personnel containing the following:

- the SeaLand Traveler ultra-low flushing toilet installed in the home and piped to the outbuilding,

- a 500-gallon water storage tank for rain, snow and locally delivered water with an energy efficient Surflo pump/pressure tank, and

- an aerobic greywater system with an Infiltrator 18 sq. ft. evaporation system outside receiving greywater and heated with the exhaust from the composting tank, evaporating the discharged treated greywater and converting it into steam, which was being vented at -40 degrees F.

Ignoring what AlasCan, Inc. had successfully proven, over the past 50 years, the two government-approved attempts to force the Lower 48’s piped water and piped sewerage technologies onto the Eskimos, have been complete failures and were a total waste of US taxpayer money.

$6 billion dollars has already been wasted throughout Alaska by the US Public Health Service (USPS) and the Alaska Department of Environmental Conservation (ADEC) in funding the installation of piped systems in that frozen environment. And yes, you guessed it, the Corps of Engineers is now involved!

Still today, the State of Alaska has flat-out rejected ‘private enterprise’ as a potential player, by eliminating any competition via their planned online-only application process, thereby ensuring that only their choices were applicable. Despite AlasCan’s online application and successes not only in Buckland but in 50 US Army National Guard armories in similar Eskimo bush villages above and below the Arctic Circle, the government wanted only the University of Alaska and chosen Alaskan engineering firms to be the recipients of that grant money.

Then with more federal grant applications would be seeking billions of more, not only Alaskan dollars, federal dollars to finance more professional engineering failures.

Those sought after federal dollars by the ADEC would then go to more sanitary Alaska engineers with the same academic education, which they have been instructed to regard toilet effluent and greywater as WASTES, which must be hauled away and disposed.

The State of Alaska's goal NOW is for Alaskans ONLY to invent and produce a system that unrealistically costs each and every household a little less than $135,000 with an operating cost of $245 per month per household.

This concept is outrageous considering that most Eskimo people are living a subsistence lifestyle. The State of Alaska is now trying to duplicate what AlasCan, Inc. accomplished 35 years ago, with a mere $15,000 assistance donation directly from second-time-around Governor Walter Hickel.

After two terms, Governor Hickel could see the handwriting on the wall that the government was not the answer and that if given the chance, AlasCan could solve the problem.

I would point out that Private Enterprise has always been the pioneer and achiever when given the opportunity and chance to compete.

If you are unaware of how the government can make sure that private enterprise has been suppressed and financially destroyed, watch the movie “Tucker, The Man and His Dream”. In it, one man with a vision for safety, reliability and perfection was squelched by the ‘Big Three’ government-backed automobile manufacturers in 1947. The entire Alaskan government “Good Old Buddy” procurement system has not been eliminated and not only still exists today in Alaska but has extended it audacity.

Mother Nature RECYCLES water and human and animal bodily defecations and urinations. She utilizes her own natural methods of composting feces and urine to produce a usable fertilizer end-product. She distills Earth’s water through evaporation and sometimes even enhances it health-wise with a little lightning, thereby producing ozone to sanitize the air we breathe and the rainwater we SHOULD be utilizing first.

By following Mother Nature’s lead, it’s possible to duplicate her endeavors using inventions proven to be energy-efficient and water-conserving. Ozone, reverse osmosis and quantum electron disinfection are some of those private enterprise technologies.

Safe and productive sanitation and healthy drinking water can be easily produced by private enterprise. However, when governments get involved, taxpayer dollars are still being used to discriminate against anyone trying to help humanity. This solely benefits the government employees and the professional engineers and not the intended taxed recipients.

This email address is being protected from spambots. You need JavaScript enabled to view it.

Re: The Problem - The Governments and Professionals with Vested Interests 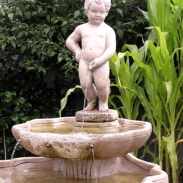 www.ecowatersprojects.org
www.ecovita.net
www.carol-steinfeld.com (personal)
www.ecotoilets.org (soon)
You need to login to reply
Share this thread:
Recently active users. Who else has been active?
Time to create page: 0.351 seconds
Powered by Kunena Forum