Sanitation for the Homeless in the US

That is an interesting information, you shared, along with the links to the articles. I'm, still, unable to digest the heading: "71% Of SF Homeless Once Had Homes In SF." How come? SF is a nice city. Listen to the song: San Francisco by Scott Mackenzie.

Just one point: Are there research papers on the topic that you can share?

Yes, most homeless San Franciscans once had houses in San Francisco. The most recent research here on the west coast shows that the economy, particularly the housing market to be a cause urban houselessness. Other factors contribute - mental illness, addiction, rural to urban migration - but not as much as most people think.

This research comes from the federally mandated tracking every city does in the form of a Point-in-Time count of people sleeping on the street or in emergency shelters. This census takes place on one night in the month of January. The links to the report are sfgov.org/lhcb/reports The article on the 71% is a brief review of the most recent report issued by the San Francisco government and partner NGOs. You have to click on the links in an article to get to the hard data and the analysis on which the article is based.

It's NOT our purpose here to study homelessness, but rather appropaches to meeting the SANITATION needs for a certain segment of the US population. However, I thought some background links would be useful to international researchers and scholars who may hold the same stereotypes of homeless people held by many Americans.

To get back on the topic of this thread, I'll add additional links specifically on sanitation to my post of yesterday.

Thank you for your feedback. The factors you mentioned - economy, mental illness, addiction, migration, are strong enough to cause homelessness.

Just one query: Is this happening in other US cities?

You are right - we should talk of sanitation. It is just that I thought it would be helpful to understand background of an area, before taking sanitation head-on, in that area.

08 Dec 2016 20:38 #19780 by KaiMikkel
Mughal - By some estimates there are currently millions of people in the United States who lack stable living situations. In addition to those that are termed the "chronic homeless" (people served and thus recorded by social service agencies) these estimates include people who are living in their automobiles, squatters, migrant farm workers, so-called "couch surfers", and others for whom there are simply no reliable statistics. By other indicators, half of the population in the U.S. is considered "poor", not to the degree of many of your fellow Indians, but nonetheless considered impoverished by the standards of a Western industrialized country. The situation is a disgrace.
Kai Mikkel Førlie

Founding Member of Water-Wise Vermont (formerly Vermonters Against Toxic Sludge)
The following user(s) like this post: F H Mughal
You need to login to reply
Less 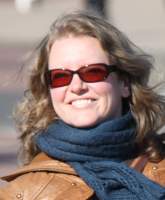 Very interesting read - perhaps it already passed by on the platform..? (Elisabeth I'm counting on you to correct me if it indeed did..)

Best regards and thanks for the interesting input,
Mariska.
You need to login to reply
Less

The NY Times piece says: "Most banks now require proof that a home has proper sewage disposal before lending."

The banks should waive this condition in poor settings. The article suggest that, in addition to poverty, dense clay soil makes it difficult to go for septic tank.

1. Mughal - a. I suspect the banks are concerned that people without proper sanitation will contaminate their land/property with human waste, thus reducing the value of the property and making it harder to recover its value in case of default. Additionally, banks tend to discriminate against the poor, either due to racism of individual employees or out of profit motive that leads to systemic problem with people with lower credit worthiness (credit score) that tend to be people of color, new immigrants, women and people of lower education level.

2. Markllo - why not use one of the many solutions for peri-urban areas, such as septic tanks in wet areas and ventilated pits for dry areas? These are low-cost solution that are a fit for such camps, and can rely perhaps on some members of the community who are motivated (or can be motivated by a small salary) to maintain the facilities instead of relying on random users some of which are not able to do it?

PS I am new to the forum, and did not realize there were 2 previous pages before posting, so my apologies for repeating some previous suggestions
The following user(s) like this post: Carol McCreary
You need to login to reply
Less

The entities that play the key role in this are 1) Public Health agencies; and 2) Code organizations such as UPC, IPC, ICC, IAMPO etc, particularly the procedures for code change, which entail slow processes of expert and public comment.

For more information look at the sanitation and hygiene policies of any US state or county Public Health Department. And check out Recode www.recodenow.org/ an organization tracking water and sanitation codes and proposing code change.

I notice that yours and the previous post are NOT about urban homelessness but rather about rural poverty, health and code issues. If there is sufficient interest, we might want to start a new thread. I'm somewhat familiar with the situation in the US and would like to know more about codes and health gaps in other places where most (but not all) are served by advanced sewered systems.
Carol McCreary
Public Hygiene Lets Us Stay Human (PHLUSH)
1240 W. Sims Way #59, Port Townsend, Washington 98368 USA

Toilet availability is a human right and well-designed sanitation systems restore health to our cities, our waters and our soils.
The following user(s) like this post: F H Mughal, abrown
You need to login to reply
Less

Thank you for providing interesting information. The Recode link is not working. It says: Page not found.

Regarding starting a new thread, it is OK with me. But, let us see, how others respond. Till then, you need to wait.

15 Dec 2016 18:45 #19831 by abrown
@FH Mughal. Sorry I am only now replying to this thread. I wanted to respond to questions and add some resources. Attaching a couple research papers (as you asked).

Recent development question - Homeless camps are not a recent development because we had a similar thing happening after the Great Depression with shanty towns springing up across the United States. But, since the 1990s, we are again seeing informal encampments on the rise. There are some academics/organizations working on this issue and compiling statistics. Group camps are on the rise because of a convergence of three things in the United States: laws against vagrancy are increasing, low income people are being pushed out of urban redeveloped cities (can’t afford rising rents etc.), and there is an increase in unemployment and people facing financial hardship. See page 8 of my working paper for more details. This problem started with the economic downturn in the 1970s in the United States and continues to get worse. Unhoused Americans were pushed together by exclusionary tactics or stayed together for protection. The reason many of these people do not use shelters is because there is not enough room in existing shelters, and shelters are often unhygienic, crowded, or unsafe and people want to avoid them.

Number of camps question – Statistics are varied. NLCHP says there are camps of over 100 tent cities in 46 states and Washington DC (see attached report and here ). This number is a probably quite low in reality as it was a point-in-time count done from media articles.

Government perception of camps question – I would say in-general it is negative. In fact, sanitation and hygiene are reasons that many of these camps are closed.

And, just like informal settlements in many large cities in low-income countries, the installation of toilets or showers would make these camps more permanent hence the government’s negative stance towards building anything within the camps. Thus, I look at more temporary toilet and hygiene solutions as interim solutions of justice. They may not be something that can be permanently installed, but they can provide people living in these places with some dignity.

@markllo. Great to hear about your efforts in Seattle. I know there are some large informal encampments up there. You mentioned that composting toilets won’t work there, and that makes sense. But I also want to add that there are various types of camps in the United States: illegal, semi-formal, government approved. Some might be more conducive to composting solutions. Some have formal democratic structures. Some have organization. Right 2 Dream Too was a formal encampment that had received some sanctioning approval, and had active members that built Tippy Tap handsinks and also recycled the urine in the porta potties. So it can/does happen.

@MRonteltap. Thanks for sharing this article. I also like this 2015 report on Americans living without water and sanitation in the 21st century. Well researched and detailed statistics of those without water and plumbing.

@all. Few have mentioned the menstrual hygiene needs of these group campers. So this is another important area of concern.

@all. Chris Herring is really one of the top researchers on tent cities in the United States. See one of his research papers attached and another one here .
Read more about my work and find my contact information at:
www.abigailbrown.net
www.waterfortheages.org

The following user(s) like this post: Elisabeth, F H Mughal
You need to login to reply
Less

That was an excellent feedback. I was looking at the cover of the publication: Welcome Home, you attached. The photo presents a nice, green and attractive environment. It would be unfortunate, if such an environment is spoiled by poor sanitation.

Your working paper says that you are a PhD student. I assume that your dissertation would be on homeless (elsewhere, you use the term houseless, instead of homeless; though the term homeless is commonly used!) people, and the discussion would include sanitation aspect as well, I believe.

Will it be possible for you to share your dissertation among colleagues of this forum?


Abby, your profiles says you are in Santa Cruz. Do you know if there efforts to get sanitation to the encampments in San Francisco?
You need to login to reply
Share this thread:
Copy URL
Recently active users. Who else has been active?
Time to create page: 0.278 seconds
Powered by Kunena Forum