16 Jan 2017 13:28 #20126 by cecile
Note by moderator (EvM):
This forum thread is in French. It is about dry urinals in the streets of Paris, Lyon and Nantes in France. To translate the posts from French into a language of your choice, please click on the language selection plug-in at the top of this page. This will translate the page for you by using Google Translate. Hopefully the translation will be sufficient. If not, let us know. (This email address is being protected from spambots. You need JavaScript enabled to view it. or post here)
++++++++++ 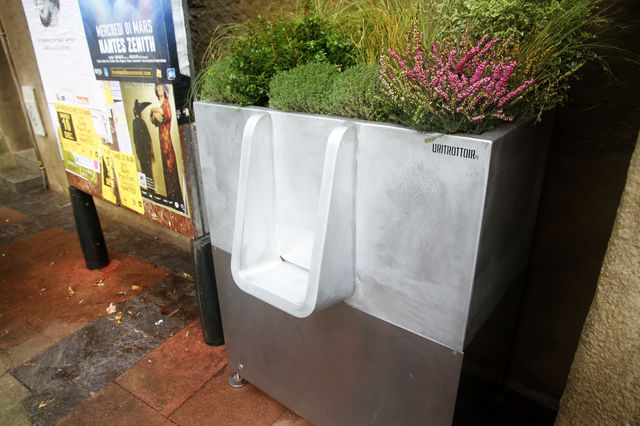 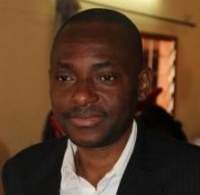 Thanks for posting this. It looks really interesting! I copy here an image from their website:

If you, or anyone else, comes across any updates on this, please do let us know.

I wonder if they would have issues with vandalism (so sad that this is always a problem with public toilets in urban spaces), and also if the operating costs (for exchanging the compost etc.) would make it prohibitive.

If anyone goes to Paris and sees one in real life, do let us know what it's like to use one!

Re: Dry urinals in streets of France

31 Aug 2018 17:09 #26002 by Elisabeth
I read in the Guardian this week that the urinals in Paris (which we discussed in this thread before) have met with some resistance. 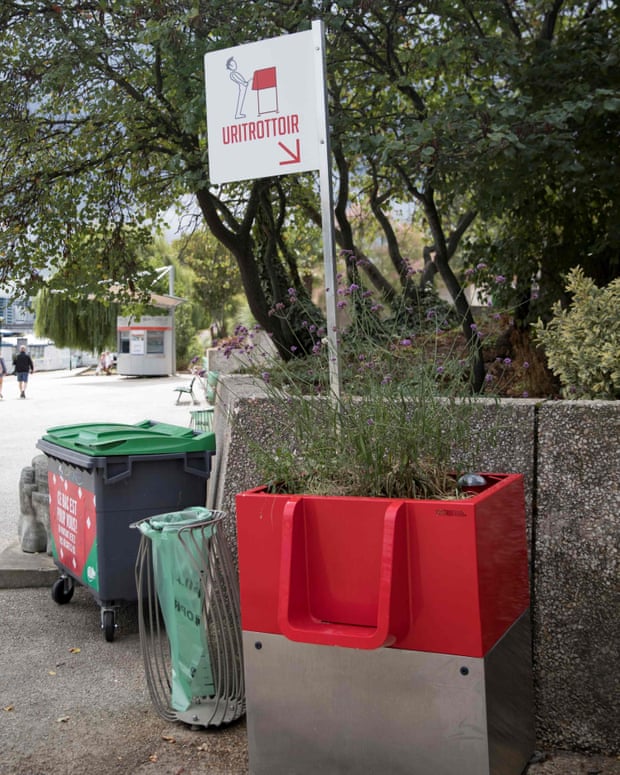 Uritrottoir on the banks of the Seine. Photograph: Thomas Samson/AFP/Getty Images

From the article:
[...]
Notes left behind attacked Paris authorities for encouraging men to unzip and relieve themselves without cover in open public spaces – even though public breastfeeding still elicits scorn.

[...]
Without stalls or cover, the five experimental sites carry prominent signs showing a man proudly relieving himself in public. But no extra facilities are provided for women.

Feminists warned that authorities were sending the message that men owned the streets and could freely expose themselves in public – something at odds with debate in the wake of the #MeToo anti-harassment movement over how public spaces should allow women the right to feel at ease in the street.

Gwendoline Coipeault of the feminist organisation Femmes Solidaires said: “It is not just men who occupy the public space, but also women and children, who might not want to see men publicly urinate.

“These urinals are designed to comfort men and reinforce the idea that women aren’t welcome in the public space. It is discrimination and reinforces the stereotypical, sexist idea that men can’t control themselves in any way, including their bladders.”

So what would be the way forward? Options that come to mind for me:
- Modify these male urinals so that there are more privacy screens, less chance of a penis actually being visible?
- Or society not freaking out if a penis was visible for a milli-second (it's actually sad that penis = danger & fear). And for sure stop any frowning about breast feeding in public (even though I find it an odd comparison to compare males urinating in public to women breast feeding in public).
- Or providing also simple urinals that women can use, in equal numbers
- Or do away with any such simple urinals and go back to conventional public toilets only?

Anyway, interesting story showing once again all these hang-ups and taboos that we still have in our societies when it comes to bodily functions and sanitation.

You need to login to reply
Page selection:
Share this thread:
Copy URL
Recently active users. Who else has been active?
Time to create page: 0.474 seconds
Powered by Kunena Forum