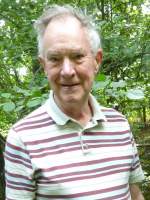 17 Aug 2014 08:51 #9773 by GrahamK
I have just joined this forum after looking, and not finding, one where developing country biogas digesters are being discussed.
However I suspect that my concerns apply as much to human as to animal manure digestion.

I'm hoping that someone will be able to answer three basic questions; Is it all about a problem of stratification of the feedstock in digesters which lack sufficient mixing such as suggested in this quote below?

Biomass particles generally have a lower density than the digester liquid or acquire it as soon as biogas bubbles adhere to them. As a result they float throughout their stay in a reactor.
When not continuously stirred, powdered or pulverized, biomass feedstock always segregated into distinct liquid and solid phases (floating) in typical fermenters, leading to incomplete or cessation of fermentation.
www.eawag.ch/forschung/sandec/publikatio.../dl/Mueller_2007.pdf
Graham Knight
You need to login to reply
Less

Never having worked in Africa I cannot answer your direct questions. However, more general I would think that the following are some likely causes of failure:

- Gas production from sanitation based digesters is (much) lower than expected (because based on the amount of flushing water the feedstock can get very diluted). This can lead to loss of interest of the owner.
- At schools long holidays may cause the bacterial process to die off due to lack of feedstock
- Biogas plants do need a little bit of care, this O&M may be lacking

Having said this, in Nepal I have seen biogas plants running quite well on toilet waste (provided low water use "pour flush" toilets are used). Gas production is almost always lower than what people hoped for though.

Have a look for example at this document:
www.uwasnet.org/Elgg/file/view/5757/chal...as-systems-in-uganda
(and others in the file section of our non-active Biogas exchange group)

One of the main reasons is probably that the most successful systems are those integrated in zero-grazing livestock rearing, and that is simply not a very common production method in Africa; except for large commercial farms that don't face sufficient competition to invest in such "process optimization" measures.

Thus there are no real working examples people hear about, only lots and lots of failed NGO driven ones, and people just assume it is something that "doesn't work in Africa". Which is of course non-sense and just as much a fault of the NGO driven process as it is one of lacking commercial incentives.
Microbiologist & emergency WASH specialist
You need to login to reply
Less

It would be helpful if this discussion is linked to an earlier discussion on anaerobic digestion.

20 Aug 2014 14:41 #9823 by Elisabeth
Dear Mughal,
Do you mean this similar discussion about biogas systems in Uganda and Pakistan:
forum.susana.org/forum/categories/35-bio...d-future-development
?

In general there are other similar discussions in this category which Graham has probably seen:
forum.susana.org/forum/categories/35-bio...n-systems-and-dewats

But there are so many aspects about anaerobic digestion and biogas utilisation that each new thread brings out new aspects.

Graham, could you please introduce yourself a bit more, simply by filling in your forum profile?
Here you can see how to do that:
forum.susana.org/forum/categories/134-user-profile

Thanks and welcome to the forum.

Yes, you got it right - Thank you

I have added to my personal details but found no place for the following:

As an engineer, now retired, I have been making contact with many poor Africans over the years introducing them to small modern devices and materials that might be useful and easily imported.
Amongst such items/techniques are solar and garden devices and plastic sheeting. In certain cases samples are being sent.

Recently I discovered that many of my contacts were unaware of biogas so I offered to send simple kits so they could explore its production. Most were not interested.
It turned out that it was because they had heard of too many white elephants and this led me to investigate biogas further.

This proved difficult with so many leading organisations no longer involved and others not wishing to provide useful information about their activities with biogas. It was all very puzzling especially knowing that biogas is produced in ever-increasing amounts in industrialised countries and in the Far East.
Then I discovered that small biogas digesters are use widely in India with food and crop waste and wondered why not one African contact had mentioned this possibility - especially for urban areas?

So I looked for a forum where answers might be found but this has produced very little.
Eventually I was glad to discover SUSANAH though I have found only a few references to cow manure digesters – as might be expected!
I have already received more useful info here than from anywhere else!
Graham Knight
You need to login to reply
Less

GrahamK wrote: Then I discovered that small biogas digesters are use widely in India with food and crop waste and wondered why not one African contact had mentioned this possibility - especially for urban areas?

Here in east Africa relatively simple small scale "floating drum" digester made out of plastic tanks are being produced and sold commercially for kitchen waste. See link above for some material on that.
As far as I can tell they are more of a gimmick though as the capital investment cost is too high for wider (self-financed) scale-up and economically they don't really compare well to charcoal or LPG in the short run (and likely also over the total life-cycle; not counting environmental externalities of the other two).
In addition people are not used to cook with gas and often gas production isn't sufficient for the large family sizes and cooking habits.

In general (also as construction costs for everything are much higher than in Asia), the systems are just too expensive to build or buy for any household or non-commercial use. Amortisation due to replacement of other fuels (mainly Charcoal, which is too cheap due to illegal logging) also takes a long time; however multi-year or decade long planning is something very few people do given the quickly changing economic and often political circumstances, thus a bio-digester that isn't profitable within a year or two isn't considered a good investment.
Microbiologist & emergency WASH specialist
You need to login to reply
Less

21 Aug 2014 13:00 #9839 by GrahamK
It may well be true that the plastic tank type digesters now available are too expensive but seeing that thousands are in use in India it can hardly be termed a gimmick.

My interest is in a polythene cylinder type digester that need cost only a few dollars where people are willing to install them in a trench.
For anyone interested I have already sent lengths of polythene layflat to individuals so this system can be tested in gardens.
More info available at This email address is being protected from spambots. You need JavaScript enabled to view it. if of interest.
Graham Knight
You need to login to reply
Less

21 Aug 2014 13:33 #9841 by JKMakowka
Those plastic bag digestors have been piloted extensively by various NGOs here in Uganda about 10 years ago. They are all abandoned by now as (I was told) the durability was too low and there where too many issues with the maintenance.

Don't get me wrong though, I am a big supporter of bio-gas systems and think they would make a lot of sense in Africa, but one should try to learn from past failed experiences.
There are way too many well meaning individuals and NGOs coming to Africa with great ideas and systems that "should" work. It all leads to a cycle of repetition with the systems never reaching the critical point of scale and applicability to scale up and truly take hold.

P.S.: There are plenty of companies producing such plastic sheets here in Uganda and elsewhere, thus there should be no need to send them from abroad.
Microbiologist & emergency WASH specialist
You need to login to reply
Less

I am taken aback by the implications of your comments!
Are you really suggesting that most Africans are incapable of building and managing even simple biogas digesters? Not capable of doing tasks that thousands of Indians are quite capable of carrying out?

You do not seem to be aware of recent progress with polythene digesters in Africa such as is shown by Energypedia:

PTDs have certain weaknesses compared to the masonry models. But the fact that these plastic tube digesters are successfully operating in some areas of Kenya (mostly without subsidy support) shows that the technology should not be discarded.
Instead, it should be followed more closely to see where and under which conditions it can be an alternative option for households in Kenya and other countries in the region, who are interested to invest in biogas.
energypedia.info/wiki/Plastic_Tube_Digesters

There is also an excellent report from 2010 covering several countries but I can find nothing more recent.
It seems fairly obvious that plastic tube digesters need to be properly cared for by the owner so some training is required which commercial firms are reluctant to offer.

I can find nothing about progress with smaller waste food/crop digesters as found in India though some are sold in Kenya.

Where can I find out more about small-scale biogas activity in African countries?
Graham Knight
You need to login to reply
Less

23 Aug 2014 16:36 #9858 by JKMakowka
No, what I am saying is we first need to understand why people seem to be uninterested in maintaining these.
I am sure that most would be capable, as it is after all a relatively simple technology.
Sure there are anecdotal cases where it works, but it can't be denied that after more than a decade of promoting these (and we are not talking about simply selling them, but rather expensive "intensive care" NGO projects) you hardly find any working systems any longer.

My impression from here in Uganda is that they simply do not fit into the typical lifestyle & livelihoods of most Africans and thus they are soon perceived are more bothersome than helpful and subsequently abandoned when even the smallest maintenance expenses arise.
Microbiologist & emergency WASH specialist
You need to login to reply
Recently active users. Who else has been active?
Time to create page: 0.308 seconds
Powered by Kunena Forum