I watched the Sol-char demonstration video from Reinvent the Toilet Fair in Delhi (see here: forum.susana.org/forum/categories/139-in...videos-now-available or below


You mention in the first video that you will be ready to implement in the field in about 16 to 24 month….


It would be interesting, how far the goals of the RTTC grants will be reached by then ( www.susana.org/docs_ccbk/susana_download...y-2013-version-2.pdf ):
Create a toilet that:
- removes pathogens from human waste and recovers valuable resources such as energy, clean water, and nutrients.
- operates “off the grid” without connections to water, sewer, or electrical lines.
- costs less than 5 cents per user per day: the anticipated capital and operational cost for the final products (commercial units) is expected to be less than $0.05/user/day, both for the family and neighborhood solutions1.

I would be particularly interested to know if the team has thought about testing the "off-grid" functionality of the system on a long-term, I am a little bit skeptical regarding O&M requirements and robustness to climatic factors (e.g hale)


P.S. Some more photos if you can't watch the Youtube videos: 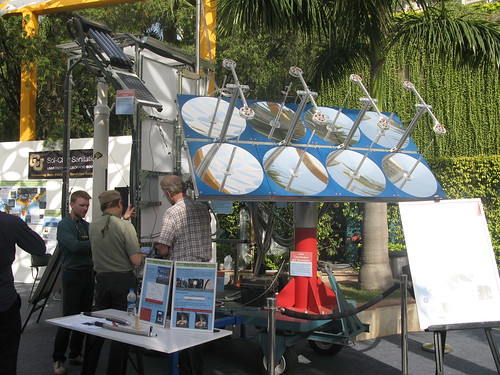 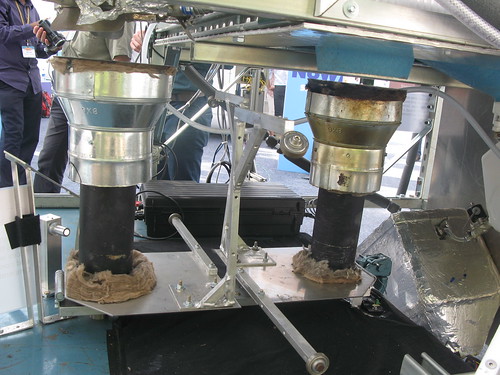 Vessels (pyrolysis reactors) that can be rotated to switch from collection to reaction by Sustainable sanitation , on Flickr 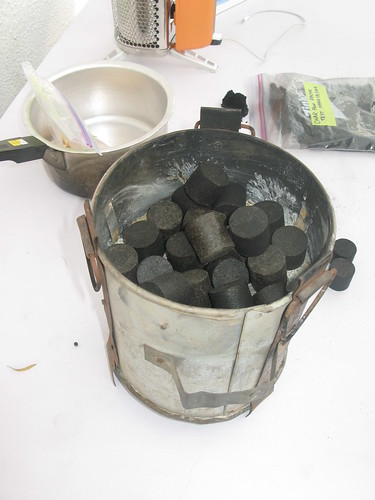 Biochar briquettes produced from artificial faeces by the Sol-Char System by Sustainable sanitation , on Flickr

And some more photos are available in this set on Flickr:
www.flickr.com/photos/gtzecosan/sets/72157643960235934
WG1 Co-lead
Developing methods and tools to support strategic planning for sustainable sanitation. Particular interested in novel technologies contributing to more inclusive and circular sanitation. This email address is being protected from spambots. You need JavaScript enabled to view it.
You need to login to reply
Less 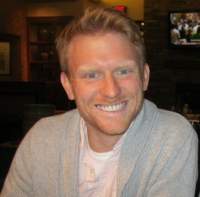 15 May 2014 23:05 #8631 by richardpfisher
Thanks for posting all this Dorothee! I want to make one quick correction about the photos: the briquettes in the last photo are actually real human feces collected on campus from donors, not from waste water sludge or pit latrines. We had several poo donation drives at the Engineering building on campus and students were generous with their donations

About our RTT project:
Unfortunately, we will not be moving forward with our own Reinvent the Toilet Challenge prototype. The foundation has encouraged us to consult with other RTT teams that wish to incorporate high temperature concentrated solar power into their prototypes. Through September 2014, we will be continuing on with our research efforts as the project wraps up. So there are going to be several publications coming out on topics ranging from solar physics to biochar characterization. It'll be exciting work in the coming months!

So to address your comment about achieving the Reinvent the Toilet Challenge goals in 16-24 months:
Since we won't be developing another prototype, we probably won't have the opportunity to develop our technology at lower cost. But we had envisioned the next prototype including a pre-drying step using "lower-grade" heat from a small parabolic trough then using a small parabolic dish to quickly pyrolyze the pre-dried waste. This unit would have served on the order of 50 people per sunny day and used less expensive concentrating solar components, e.g. sans fiber optics, and included waste storage for weather events such as week-long overcast. This unit would have met the foundation's user cost target ($0.05/person/day) for an estimated capital cost of about $10,000-11,000. There's a lot of assumptions embedded in that estimate that I'll save for another post.

To answer your questions about climatic factors such as hail:
Later on this summer, we will hopefully test our reactor and fibers under prolonged weather exposure in order to assess their performance degradation over time. In typical CSP plants for electricity generation, there can be significant O&M but one must keep in mind that those plants have km^2 areas of mirrors – so small inefficiencies translate to major reductions in the total power production. Luckily, our system has about 2m^2 of mirror area, so with our relatively small system we have not been as concerned about minor efficiency losses due to a dirty or dusty mirror surface.

Hail damage could cause problems but I suspect they would have to be large diameter hail; the mirror substrate is solid aluminum, no less than 10mm thick at any point. The reflective surface itself was designed by 3M (famous for Scotch tape) for deployment into harsh environments, such as the US desert southwest, where high winds and sand/dust storms are common. The small turning mirror surfaces are more delicate but it’s not hard to envision a robust housing for weather protection, which came in as a low-risk of failure in our analyses. It would be really neat to see what kind of impact a hail storm would have on our mirrors though because Colorado summers see many hail storms each year.

We didn't spend time on any of the above failure mechanisms because, frankly, we had more catastrophic failure modes with which to concern ourselves. Up until last summer, we melted every fiber bundle that we could get our hands on -- keep in mind that these fibers are borosilicate glass with an initial melting temperature of about 700 degC. We were definitely in peril of not demonstrating even a proof-of-concept so field-readiness and prototype cost took a backseat as a result of the technical challenges we faced. It's not that fibers are delicate or fickle, it's more that only three firms in the US (or world from what we can tell) actually make fused glass optical fiber and they're not easy to find. So we have operated in an empty space, on the lunatic fringe as we affectionately call it, because of our unique technology and application.

Thanks, again! We’ll keep posting updates from any research we are able to perform and collaborations that materialize throughout the summer.

29 Oct 2014 11:14 #10733 by joeturner
A colleague just showed me the following paper which seems to have some interesting things to add on this subject.


The study determined the energy content and the elemental composition of chars pyrolyzed at 300, 450, and 750 °C. Fecal chars made at 300 °C were found to be similar in energy content to wood chars and bituminous coal, having a heating value of 25.6 ± 0.08 MJ/kg, while fecal chars made at 750 °C had an energy content of 13.8 ± 0.48 MJ/kg. The higher heating values of the studied chars were evaluated using their elemental composition and a published predictive model; results found good agreement between the measured and predicted values. Fecal chars made at low temperatures were briquetted with molasses/lime and starch binders. Briquettes made with 10% starch had an average impact resistance index of 79 and a higher heating value of 25 MJ/kg. These values are comparable to those of commercial charcoal briquettes, making fecal char briquettes a potential substitute that also contributes to the preservation of the environment.

I can't really work out from the diagram in the paper whether the idea is to generate electricity from the solar cell or somehow whether solar heating is being used, but I thought it might be interesting to highlight here.
You need to login to reply
Less

I was just looking over old posts and I found this post of yours (thanks for always alerting us to new research papers that are coming out!). I have now moved it into this thread because it belongs to the project at University of Colorado Boulder, USA. Chip recently provided an update on this project, please scrol up.

To answer your question, they are using concentrated solar energy with those fibreglass optics for heating.

Even though they didn't get further funding for this (or let's say not from the Gates Foundation at least for the time being), I am sure there are still lots of interesting research aspects about these biochar briquets that came out.

Chip: Do you have an open-access publications coming out on this (the one that Joe linked to above is behind a paywall). Keeping in mind that the BMGF now embraces a full open access policy, see here:http://forum.susana.org/forum/categories/139-grants-schemes-and-webinars-of-bill-and-melinda-gates-foundation/11118-gates-foundation-mandates-open-access-cc-by-for-all-its-funded-research

Thanks for letting us know that the paper isn't free. I'll be sure to alert the author and hopefully the foundation will be able to work with the publisher (ACS) to make the paper accessible for free.

I was just reviewing the Foundation's open access policy, it looks like through 2016 the foundation will allow a 12-month period in which the publishers can require payment to view publications but must comply with their open access policy thereafter. So by those terms, the paper that Joe referenced should be available for free in July 2015. Please, though, do not take that prediction as fact because I'm not familiar with any of the subtleties of the Foundation's policy.

I hope that helps! We'll get to work on the paywall issue with the paper by Ward, Yacob, and Montoya.

Thanks,
Chip Fisher
You need to login to reply
Less

25 Feb 2015 00:35 #12242 by kglinden
The SolChar Sanitation group presented the latest plans for development of our concentrated solar energy sanitation solution at the FSM3 conference in Hanoi Vietnam in late January 2015. A copy of the presentation slides - titled "Applications of Concentrated Solar-Energy in Innovative Sanitation Solutions" can be found here: www.susana.org/images/documents/07-cap-d...-3/3-3-4-3Linden.pdf (also attached)

Some discussions that followed indicated that we should hold some type of workshop or symposium, perhaps in South Africa, on solar applications for sanitation as a number of talks in the session we presented in focused on this and the session was well attended. Clearly, solar resources are underutilized where they are plentiful and innovations are needed to support sanitation objectives.

If you have an interest in our work, message me here or via email (This email address is being protected from spambots. You need JavaScript enabled to view it.) and we can discuss collaborations. You can follow our past work on the web at: www.colorado.edu/solchar

The following user(s) like this post: Elisabeth, SudhirPillay
You need to login to reply
Page selection:
Share this thread:
Copy URL
Recently active users. Who else has been active?
Time to create page: 0.391 seconds
Powered by Kunena Forum