I found discussions at this forum much to much related to technical stuff and loosing often the perspective to real live around the world (me too, as I like many made contributions/discussions by others) or talking about strange "screwdrivers" things like e.g. "toolkit on Violence, Gender and WASH". Should we deal with human beings by using tools like for machines? Humans are hardware or software at one time

? In an inhuman machine-world maybe yes.

I am not sure how to motivate you and others to take part in an open online discussion, about what we try doing positive for a sustainable world through this forum for US and OTHERS. Or contributing we here only Things, Thoughts, Know-how, Open design and so on just for our selfish egos?

Maybe I should do a fancy video message to motivate you for a larger discussion at this level? I regret, am not able to do it proper enough to your taste.

Therefore let me try to "use" Harald WELZER's lecturing to motivate you, better them I could ever do it by many text. His video lecture about the book content "Climate Wars: What People Will Be Killed For in the 21st Century" takes 1h & 45 min.
Maybe you could bear it for this very long time, try it.


Struggles over drinking water, new outbreaks of mass violence, ethnic cleansing, civil wars in the earth’s poorest countries, endless flows of refugees: these are the new conflicts and forces shaping the world of the 21st century. They no longer hinge on ideological rivalries between great powers but rather on issues of class, religion and resources. The genocides of the last century have taught us how quickly social problems can spill over into radical and deadly solutions. Rich countries are already developing strategies to garner resources and keep ‘climate refugees’ at bay.

In this major new book Harald Welzer shows how climate change and violence go hand in hand. Climate change has far-reaching consequences for the living conditions of peoples around the world: inhabitable spaces shrink, scarce resources become scarcer, injustices grow deeper, not only between North and South but also between generations, storing up material for new social tensions and giving rise to violent conflicts, civil wars and massive refugee flows. Climate change poses major new challenges in terms of security, responsibility and justice, but as Welzer makes disturbingly clear, very little is being done to confront them.

Regards,
Detlef
www.aqua-verde.de
"simple" Sanitation-Solutions by gravity
Low-Tech Solutions with High-Tech Effects
"Inspired by Circular Economy and Cooperation"
www.flickr.com/photos/aqua-verde/
The following user(s) like this post: bajanos
You need to login to reply
Less

10 Jun 2014 09:38 #8914 by JKMakowka
Well, personally I think there are already way too many "broader picture" discussions that ultimately lead no-where. I am not talking about this forum in particular (although it has its fair share of them too) but about the development sector in general. Of course some of them (mainly regarding aid effectiveness) do make a lot of sense also.

One thing (a bit off topic) that your emphasis of the word "toolkit" reminded me again of a thought I wanted to voice out for a while now:

While all these Decision Support Tools and conceptual frameworks are nice to create and seem like a very tangible outcome for people to use, most of them might be counter productive...

The point I am trying to raise is that there are basically three kinds of work:

1. Work that can be automated or at least broken down to repeatable steps in a "Fordian" way (classic example: car production or fast food)

2. Work that can be codified into procedures, like administrative/bureaucratic process flows but also certain engineering works that strictly follow building codes etc.

3. "Artisan" or social work, which depends on a lot of informal experience and called micro-management / hands-on interaction.

Modern organisational optimisation focusses mainly on the first two (and has brought it to a quite astonishing perfection in some cases), while utterly failing at the last. There is also a constant struggle to try to "bend" work of the 3rd category into on one of the other two ("if you only have a hammer, all problems start looking like nails"), leading to what is called "worker's alienation" and usually dismal results.

However, as much of the road-blocks in sanitation seem to fall in the 3rd category of work ("sanitation service chain" etc.) and circumstances in developing countries generally favour 3rd category work as everything is pretty much informal, it seems to me that most of these toolkits try to codify something that is basically not possible to codify.
Thus what they do is create very simplified and broad generalisations that at best are simply not possible to follow or worse might actually divert attention away from the really important work (especially non-experienced implementers and higher level administrators). Following them closely would also result in what is commonly referred to as "Italian strike", i.e. ceasing to do any real work by following instructions by the letter of the word.

It is also a telling sign that they are usually not created by actual practitioners (who mostly realise the futility of them) but rather by bureaucrats (or consultant hired by them) or academics. Although for the latter I see some point, as they might be a suitable tool to teach some basics before learning the actual real thing by doing it. 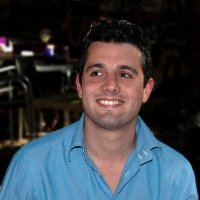 I fully agree with your points. It is also what I'm struggling with in my thinking on urban sanitation: How do we move beyond linear approaches (A will lead to

and embrace a complexity approach which is more messy and gives far more confidence in those actually doing the job? And how do we convince donors to fund something like this?

Krischan, your contribution reminds me a bit of the work of David Snowden. His idea is that different situations need different type of managing.
He makes this point really well by describing how to organise a children's party:
Or this more serious one on what his framework entails:

Best,
Giacomo Galli
You need to login to reply
Less

"Growth - the real elephant in the room?"
'EXCLUSIVE Is the pursuit of continuous growth the single biggest issue for our businesses and our economies? Will the circular economy provide the silver bullet, or do we need to go further? Michael Townsend investigates. '

a good "contribution" to this topic
www.aqua-verde.de
"simple" Sanitation-Solutions by gravity
Low-Tech Solutions with High-Tech Effects
"Inspired by Circular Economy and Cooperation"
www.flickr.com/photos/aqua-verde/
You need to login to reply
Page selection:
Share this thread:
Copy URL
Recently active users. Who else has been active?
Time to create page: 0.243 seconds
Powered by Kunena Forum