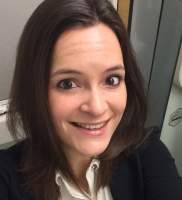 I would like to let you know about SuSanA's Wikipedia World Water Day Editathon (19th/20th March), an event being organised under the Gates Foundation Phase 3 Grant.

Rationale for this event: Wikipedia has great value to those working on the periphery of the sector. For example local government actors working on policy and legislation or media need information on WASH issues. International UN days such as World Water Day are other occasions when the number of people looking to Wikipedia to gain an understanding of WASH related issues will peak

Objectives:
• Edit WASH-related pages on Wikipedia (with 500 million users a month it is the world’s 5th most visited website!). This includes pages that are not specifically about WASH topics but that should provide links to WASH topics, such as the page about malnutrition.
• Improve quality and quantity of information available on Water, Sanitation and Hygiene.
• Enable SuSanA members and WGs to share their knowledge, which can leverage progress towards the achievement of SDG6: Ensure availability and sustainable management of water and sanitation for all.


The Edit-a-thon runs from 19th-20th March, and you can get involved from wherever you are in the world, for whatever amount of time (from 10 mins to 48 hrs

As 1 of the partners in this grant, WaterAid will be supporting WG12, amongst other WGs, to get involved in the Edit-a-thon.

I will start by proposing some Wikipedia pages which WG12 members may be interested in editing.

Here are some suggestions:

What does the group think about focusing on these pages? Have you got ideas of more useful/relevant ones? Please enter your views here in this thread.


Soon, I'll be sharing some short videos which explain how you can make basic edits on Wikipedia pages including adding references, adding content or adding an image.

Looking forward to hearing the thoughts/questions and comments from WG12!
Ruth Miskelly
Knowledge and Network Officer - Sanitation
WaterAid
This email address is being protected from spambots. You need JavaScript enabled to view it.
Working on the Bill & Melinda Gates Foundation Phase 3 SuSanA project (see here: www.susana.org/en/resources/projects/details/127 )
The following user(s) like this post: Doreen
You need to login to reply
Less 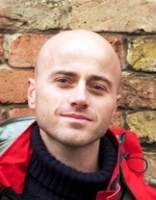 Thanks a lot. I indeed think this is a good way to reach a very large audience. Regarding ACF France, we may have 2 expert available for 2 to 3h to work on this, probably cholera and some malnutrition pages. On top of that, i would suggest to include a new wiki page called WASH'Nutrition, which could be based on the new ACF WASH'Nutrition manual, or an update of the current WASH in Nut fact sheet. what would the rest of the group think?

Another question: does this has to be done on the 19/20th march? can it be done before? or finalized after?

That's great news. The time of your experts would be much appreciated!

The date of 19/20 March is just a convenient date to pull us all together and to give it some urgency. But of course you can edit Wikipedia any time before and after that date, too.
Just make sure that people add their Wikipedia user name here to this list so we have an overview who is working on Wikipedia based on our call:
en.wikipedia.org/wiki/Wikipedia:WikiProj...tion#Current_members

(note that it's Wikipedia convention to not use your full name as a user name but rather something shorter or similar or funny - so that friends may know who you are but for the rest it is "anonymous"; this is useful in the unlikely event that you ever have any hassles with other Wikipedia editors...)

Regarding a new Wikipedia article on WASH and nutrition (I wouldn't call it WASH'nutrition as that little apostrophe thing is not standard I would say): Ruth had also suggested that but I was a bit hesitant.

In general you get more readers if you first improve existing articles before you start up a new one which has zero readers at first.

Then later if we have a good amount of text you could in addition break it off into a separate article (and keep a short teaser text and link in the other three aticles, i.e. at WASH and at malnutrition and stunted growth).

Does this make sense? We want to influence what people read already more so than trying to get them to read "new articles".
So I always start off with beefing up existing articles, and then later - if needed - branching off into a new article.

Undernutrition is an important determinant of maternal and child health, accounting for more than a third of child deaths and more than 10 percent of the total global disease burden according to 2008 studies.[31]

The World Health Organization estimates that malnutrition accounts for 54 percent of child mortality worldwide,[29] about 1 million children.[123] Another estimate also by WHO states that childhood underweight is the cause for about 35% of all deaths of children under the age of five years worldwide.[124]

As underweight children are more vulnerable to almost all infectious diseases, the indirect disease burden of malnutrition is estimated to be an order of magnitude higher than the disease burden of the direct effects of malnutrition.[124] The combination of direct and indirect deaths from malnutrition caused by unsafe water, sanitation and hygiene (WASH) practices is estimated to lead to 860,000 deaths per year in children under five years of age.[124]

Happy to discuss this further with you and all members of this working group. It's all about strategy to get the largest possible impact and readership...

JC Barbiche, when I thought about creating a new page on WASH & Nutrition I figured the page would cover the following topics:

1) the linkages between WASH and Nutrition
2) the integration of WASH & Nutrition programming.

For 1) the best way to get public to become aware of the linkages is to have a section on Nutrition on the WASH page (nothing there currently) and vice versa.

2) would be more of a "how to" and "how to" information is not deemed as a suitable topic for a Wikipedia page unfortunately. (see here ).

What are your thoughts, am I missing something that could be covered on a WASH & Nutrition page?

Basically, when creating a new page it should have a minimum of about 250 words and 3 references. However, once moved online, it'll be checked by an experienced member of the Wikipedia community and could be deleted if it doesn't meet the criteria for a new page.

yes, i agree, at this stage it is maybe more sensible to update existing pages of WASH and nutrition, so we'll focus on that

Just to clarify the process: once i have created a wikipedia username, and add it on the list in en.wikipedia.org/wiki/Wikipedia:WikiProj...tion#Current_members, then i am good to go and edit any article that i want? I guess there is a sort of validation process from wikipedia on the content i have added or modified? or shall we agree at the level of the WG12 for the editing that are done related to WASH & Nutrition before the editing?

JC
You need to login to reply
Less

Awesome! I see you're charging ahead which is wonderful!
Yes, adding your Wikipedia login name to this list is the first step so that we know who's joining us:
en.wikipedia.org/wiki/Wikipedia:WikiProj...tion#Current_members

(by the way, we recommend NOT to use your real name as a user name, just in case - it seems to be Wikipedia convention to be a bit anonymous; so you might still want to change it - but you don't have to, it's up to you)

And yes, now you can get started. As we say in Wikipedia "be bold" (but also seek consensus and be kind and careful, have a look at the conventions and rules etc.).

The quality controls are numerous, don't worry. The main way of quality control is other people who have the article that you edit on their watchlist. E.g. if you edit one of the 500 articles that I have on my watchlist, I get an e-mail notification about your edit (note to all: do turn on this option of getting these notification e-mails for articles on your watchlist in your preferences in your Wikipedia profile).

If there are things you are not sure about, use the talk page of the article (see tab at the top called "talk"). You can also consult with other WG12 members of course but you do not need to get anyone's official approval before you make edits.