03 Jun 2013 11:59 #4582 by joeturner
Interesting. Was the contamination due to infection within the flies or from material attached to the bodies of the flies, which is then transported elsewhere?

We have had recent discussions on the forum of black soldier flies grown in sewage for use in animal production, would you regard this as a safe thing to do?


++++
(see here: forum.susana.org/forum/categories/91-pro...al-sludge-management )
You need to login to reply
Less

Re: Turning latrines into fly traps (Durham University, UK and The Gambia)

I would like to present to you the results from a research grant by the Bill & Melinda Gates Foundation that I led. In way of introduction, I am a professor at the School of Biological & Biomedical Sciences at Durham University in the UK. You can read more about me on our faculty website: www.dur.ac.uk/research/directory/staff/?mode=staff&id=28

For example, I was in one of the leading group of researchers to demonstrate that insecticide-treated bednets protected children against malaria. More recently I was part of the team that showed that Musca sorbens, the Bazaar fly, was an important vector of trachoma, and that this blinding disease could be prevented by effective fly control.


Title of grant: Turning latrines into fly traps
Short description of the project:

This project was carried out in a rural setting in The Gambia. We carried out a series of experiments to find out whether Chrysomya putoria, the African latrine fly, carries pathogens that can cause diarrheal disease in people, and to fly-proof latrines and turn them into giant fly traps.

Goal(s):
The goal of this project is to design traps that attract, capture and kill flies in latrines in an effort to reduce fly-transmitted diarrheal diseases.

Objectives:
We had two main aims:
1) to demonstrate the presence of fecal pathogens on greenbottles
2) to show that we can trap large numbers of flies with our latrine trap.
Links, further readings, results to date:
We have published several journal papers with our results. These are available in the SuSanA library:
www.susana.org/lang-en/library?view=ccbktypeitem&type=2&id=1755
(abstracts only, except for those which are in open access journals)

There was also an interesting blog post by Tom Lindsay with the title LOOSE BOWELS, LOOSE MORALS - explaining why we think this topic is so important and giving reasons for its lack of attention to date:
fcpub.co.uk/Loose-Bowels-Loose-Morals

We were unfortunately not successful at getting continued support for our studies from the Bill and Melinda Gates Foundation, but we will seek funds from elsewhere.

Our biggest success is certainly turning the spotlight on Chrysomya putoria, the African latrine fly. This fly is produced in prodigious numbers from latrines and we have shown that they are contaminated with all kinds of fecal bacteria, many that can give rise to severe diarrheal disease. We think it is important that research is carried out to determine how important these flies are in the carriage of bacteria to children and to develop ways in which they can be controlled. We know where they live.

Main challenges / frustration:
Our biggest frustration was that we ended up with a grant reviewer who thought that controlling flies would not affect the incidence of diarrheal diseases. This is wrong, according to the scientific literature. This is what we wrote in one of our papers [1] to explain that controlling flies can reduce the incidence of diarrheal diseases.


Of the large number of historical studies investigating the role of flies in the transmission of enteric pathogens, the most convincing was carried out in Texas in communities with high levels of diarrhea [2]. In that context, DDT-sprayed communities had 60% fewer flies (mainly Musca domestica, the house fly), 46% lower incidence of diarrhea and a 49% reduction in deaths from diarrhea and enteritis in children under two years old, than unsprayed communities. When the treatment was crossed over, there was a corresponding decline in fly numbers and diarrhea incidence in sprayed communities. There have been only two recent intervention trials investigating the role of flies in the transmission of diarrheal diseases. Control of M. domestica was evaluated in a cross-over study at two military camps in Israel, where fly traps supplemented with insecticidal spraying were used in one camp and not the other. Where the flies were controlled the incidence of diarrheal diseases dropped by 42% and shigellosis decreased by 85% [3]. A community-randomized trial in Pakistan showed that fly control using insecticide reduced the incidence of childhood diarrhea by 23% during periods of high fly densities, where nearly all flies were M. domestica [4]. These findings clearly incriminate M. domestica as a major vector of diarrheal diseases.

The real problem here is that there are very few people in the world studying the transmission of pathogens by flies, so flies have dropped off the research agenda, despite their undoubted importance as vectors of diseases.

I am happy to answer questions you may have about this grant and research project.

For those who want to read more, I copy here the abstract of one of our papers from 2012. You can access the full paper here:
www.susana.org/docs_ccbk/susana_download...our-baited-traps.pdf


Background: Chrysomya spp are common blowflies in Africa, Asia and parts of South America and some species can reproduce in prodigious numbers in pit latrines. Because of their strong association with human feces and their synanthropic nature, we examined whether these flies are likely to be vectors of diarrheal pathogens.

Conclusions/Significance: The large numbers of C. putoria that can emerge from pit latrines, the presence of enteric pathogens on flies, and their strong attraction to raw meat and fish suggests these flies may be common vectors of diarrheal diseases in Africa.

My responses in the text below:

Interesting. Was the contamination due to infection within the flies or from material attached to the bodies of the flies, which is then transported elsewhere?

Answer:
We do not know this at this stage. It is an important point especially if the bacteria can multiply within the body of the fly. Hopefully we can address this in the future.

We have had recent discussions on the forum of black soldier flies grown in sewage for use in animal production, would you regard this as a safe thing to do?

Answer:
I guess this issue here is to recognise that the soldier flies are paddling around in a sea of microbes, many of which will be pathogenic. So the issue is 1) find out if they are contaminated and 2) find out where the soldier flies go. If they simply do not contact people or their foods or livestock, we probably should not be concerned.

Answer:
I guess this issue here is to recognise that the soldier flies are paddling around in a sea of microbes, many of which will be pathogenic. So the issue is 1) find out if they are contaminated and 2) find out where the soldier flies go. If they simply do not contact people or their foods or livestock, we probably should not be concerned.

Thanks for the response Steve. I think the idea is to actually feed the soldier flies to animals/people. It might be possible to ensure they are washed clean before feeding/eating, but we still need to know whether the infection is from the inside or the outside of the flies. Again, it might not be the same with flies you are studying and the black soldier fly larvae anyway.
You need to login to reply
Less 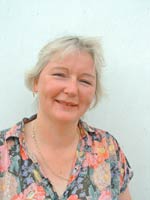 17 Jun 2013 10:41 #4743 by SusannahSoilet
Am I alone in being concerned at the 'apply insecticides liberally' policy to achieve fly control? Might a more sustainable approach be to educate about uncovered raw meat and fish, to reduce the access of flies to the human waste, and to improve the immune response of the population against the pathogens. Leave the flies to be controlled by natural predators who then would thrive and reduce other insect pest populations.

As far as I know, the black soldier flies are utilised to reduce the volume of waste, and then the pupae become animal feed. Using them as human feed straight after being fed on latrine waste would probably not be wise or appealing!

Has the recent work on vaccinating livestock against parasites been seen widely? Might be transferable to humans?

A.J. Nisbet, et al (2013) Successful immunization against a parasitic nematode by vaccination with recombinant proteins. Vaccine (In Press). dx.doi.org/10.1016/j.vaccine.2013.05.026
You need to login to reply
Recently active users. Who else has been active?
Time to create page: 0.310 seconds
Powered by Kunena Forum