It is not clear to me: do you mean for a flush toilet or for a dry toilet?

In 2011 when I was at GIZ, we put together a list of manufacturers for both types of urine diversion toilets:

It could be a bit out of date, but perhaps you're lucky. If you find updates on any of the suppliers mentioned, please let us know - perhaps the listing could be updated accordingly.
(we also did one for urine diversion pedestal toilets: www.susana.org/en/resources/library/details/1148 )

And yes, such a suppliers listing would be nice to have as a SuSanA Wiki page that everyone could update as soon as they find new information... (like Dean from New Zealand had suggested here: forum.susana.org/forum/categories/34-uri...ca-and-burundi#16715 )

Dr. Elisabeth von Muench
Independent consultant located in Brisbane, Australia
This email address is being protected from spambots. You need JavaScript enabled to view it.
Twitter: @EvMuench
Founder of WikiProject Sanitation: en.wikipedia.org/wiki/Wikipedia:WikiProject_Sanitation
My Wikipedia user profile: en.wikipedia.org/wiki/User:EMsmile
You need to login to reply
The topic has been locked.
Less

19 Feb 2016 14:29 #17097 by jorg
as far as I know, there arn't any no-mix flushing sqaut toilets available, so the dry version could make it. But anyway, every system could be used or modified for our needs.
so thank you for your answer,
enjoy your weekend,
Jörg
You need to login to reply
The topic has been locked.
Less 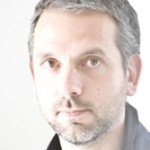 We at EOOS work on a solution for a urine diverting squatting pan which can be flushed. The design development is part of a Grant proposal wie are currently preparing for submission to the Bill & Melinda Gates Foundation.

Which material/cost are you looking for? The challenge is to have a smart valve which is able to know if urine or water is coming and switch accordingly.

Can you provide more project details and a schedule for availability?

Best regards,
Harald
You need to login to reply
The topic has been locked.
Less

22 Feb 2016 09:38 #17136 by jorg
Dear Harald,
we want to integrate the squatting pan into a prototype that should be ready for the Biennale de Design in Saint Etienne, France, in march 2017. No idea for instance about the cost, no preference for ceramic or composite neither.
We will submit the prototype to the call for proposals of Gates Foundation and the Chinese Ministry of Tourism next month. Maybe there is a way to cooperate ?
Best,
Jörg
You need to login to reply
The topic has been locked.
Less

25 Feb 2016 01:02 #17179 by bowenarrow
Good morning. I have just joined this Forum and noticed your post regarding supply of squat toilets. I am the senior partner in BOWENARROW PRODUCTS an Australian Company that has been manufacturing various Pedestals and Toilets Parts for the composting toilet industry in Australia since 1979. 10 years ago I relocated the manufacturing of these to Vietnam to take advantage of the lower costs.

I am interested in what you are wanting to achieve and believe we may be able to supply what you would require. BOWENARROW specialises in small run Glassfibre designs and we can make any shape or design you require. I am particularly interested in making Composting Toilets of all varieties available in SE Asia as I can see the shortcomings at present. BOWENARROW is ideally situated to take advantage of low manufacturing costs in Vietnam and would interested in working with others to make supply as economic as possible. One advantage we have is that we do not charge for mould design or mouldmaking, amortising these costs over the life of the run. Website ( bowenarrow.co ) is still under construction, however there is background material and some models with Australian delivered costs shown, as a reference for marketing in Australia. This will enable you to compare costs of similar items available on the Australian Market indicating what savings can be made for local Vietnamese consumption or FOB for export.

I am very much interested in Vietnamese supply for individual use in non - sewered areas, as I feel we can make a large contribution to sanitary standards.

I hope I can be of help.
Ross Bowen
The following user(s) like this post: cecile
You need to login to reply
The topic has been locked.
Less

07 Mar 2016 09:49 #17342 by jorg
Dear Ross!
Thanks for your answer. We are actually participating in a call for tenders, deadline is march 15th, I'll come back to our subject once the date is passed.
However, to avoid missunderstandings, we ar not working on composting toilets, but on a urine diversion flushing system.
best,
Jörg
You need to login to reply
The topic has been locked.
Less

08 Mar 2016 08:15 #17352 by bowenarrow
Many thanks for replying to me Jorg.
My purpose was to let members know that I can make low cost GRP items for SE Asian consumption regardless of shape size or use, as my manufacturing is carried out in SE Asia.
I am particularly interested in assisting where I can to enable pilot sanitation programs not be held back by high costs.
Regards,

Ross
The following user(s) like this post: cecile
You need to login to reply
The topic has been locked.
Less

Re: French start-up WéCo wins the China National Tourism Administration and the Gates Foundation’s Award for Excellence for its innovative toilet concept

WéCo, a French start-up and the inventor of an innovative ecological designer public toilet concept which is autonomous in water and energy, has won the Award for Excellence in the national technology competition organised by the China National Tourism Administration and the Bill & Melinda Gates Foundation. This award bolsters WéCo, a company proud to be defined by the term “born global”, in its international industrial strategy.

Note by moderator (EvM): this grant scheme was mentioned here on the forum:
forum.susana.org/forum/categories/139-in...inistration-and-bmgf
The following user(s) like this post: cecile
You need to login to reply
The topic has been locked.
Less

Re: French start-up WéCo wins the China National Tourism Administration and the Gates Foundation’s Award for Excellence for its innovative toilet concept

11 Aug 2016 01:05 #18676 by scottchen
恭喜！恭喜！ Congratulations!
The general manager of SHEN ZHEN BLUE WATERS AND GREEN MOUNTAINS LTD ， the sole importer of Separett AB waterless toilets in China.
Chen Xiang Yang, an apple dealer,is growing apples and cherries with the human waste collected from 31 school UDDTs donated by SOHO China Foundation, based in Tianshui City, Gansu Province , China. This email address is being protected from spambots. You need JavaScript enabled to view it., tel:0086 151 9380 3972

You need to login to reply
The topic has been locked.
Less

In 2015, a French couple who lived in Asia and their German friend started an ambitious project to revolutionize the current operation of toilets, which consists of wasting liters of water several times a day. They also want to change the perception of toilets by restoring them their respectability.
Soon, they realize that dry toilets, hard to accept culturally for much of the world's population, even in developing countries, are not the answer.
They then move towards a flushing system in closed circuit. The start-up grown with the arrival of an engineer and perfects a technology initially developed by an American university, autonomous and ecological public toilets, which requires no connection to the sewerage network. The WeCo toilet solution provides an answer to the environmental problems of water savings, by using flushing systems connected to an integrated wastewater recycling system. In addition to huge savings in water, this technology produces a surplus of treated water.
Installed in recycled maritime containers, the prototype runs from 2017 at the international design fair in France. Immediately after, it was exposed during a festival in Paris about the new technologies of the future.
The start-up then markets its first model at the School of Art and Design in France in factory buildings dating from the 19th century that do not have access to the sanitation network. Many other settlement projects for eco-cities, touristic places, and sustainable buildings are underway.

WeCo is now starting its sales in France and Germany. Other projects are coming in emerging countries namely in Africa, India, where the Bollywood film "Toilet, a love story" is all the rage.

In China, the Company won an award of excellence granted by the Chinese Ministry of Tourism and the Bill & Melinda gates Foundation in 2016 and is now invited by municipalities of more several million inhabitants which wish to install WeCo toilets to develop their attractiveness, while saving water that has become a rare and precious commodity.

Launching the commercialisation, WeCo is now exhibiting its ecological and innovative non sewered toilets at:

For more information :
www.water-ecoquette.com/
The following user(s) like this post: cecile
You need to login to reply
The topic has been locked.
Less

Thanks for introducting this new technology.
On your website (French in English) the technical aspects are explained as follows:
The flush transports the raw material (urine and feces) into a tank. The feces are denser and they will sink to the bottom of the tank. Then, a pump will push the liquid part and the little remaining solids into another tank.

Then, the urine is put into an electrolysis cell. This specific equipment will react with the urine, thus producing ion and chlorine compounds.

It is those chlorine compounds (chlorine and chloramine) which will destroy the bacteria and purify the urine.

The settled sludge is collected on a regular basis. It can be used as compost and/or be transformed into fertilizer.
My question is how often you you collect the sludge? How? And is it treated on site?
The autonomy and closed circuit concept is very interesting but I would like to know if it applies to the sludge as well, as this is one of the key issue.

Thanks!
Cécile Laborderie
MAKATI Environnement
You need to login to reply
The topic has been locked.
Less

22 Nov 2017 19:08 #23261 by jorg
Hello Cécile !
According to the users frequency, the sluge tank must be emptied about two or three times per year. Sluge is just pumped out and transported to the local WWTP. We are working on an on-site-solution. But it's not for tomorrow

From the mayor's fair in Paris,
Jörg

+++++++
Note by moderator: This thread is now closed but the discussion continues here:
forum.susana.org/106-user-interface-tech...n-a-closed-circuit-2

The following user(s) like this post: fppirco, cecile
You need to login to reply
The topic has been locked.
Share this thread:
Copy URL
Recently active users. Who else has been active?
Time to create page: 0.275 seconds
Powered by Kunena Forum