Re: Promote VERMIFILTRATION Technology for WASTEWATER PURIFICATION by EARTHWORMS to produce clean water

Yes, the communities for whom we try to improve sanitation are quite unaware of any water and sanitation related diseases despite many awareness creation and training programmes undertaken by uncountable Government and development driven projects over the last 20 years.

The problem is that the danger of infection by unhygienic conditions cannot be seen, felt, smelled. It is invisible and therefore easily ignored. Why otherwise, there are still numerous projects at schools in Africa and Asia introducing ‘handwashing with soap at critical times’, i.e. after visiting the toilet. Because children haven’t be taught so at home.

Especially in sanitation, I have little confidence in education alone. It may have an effect in the long-term and in combination with enforcing means (penalties), as it succeeded in Germany with the safety-belt after 20 years, but in sanitation it will even take longer.

And another problem is management. How can we ensure that each batch of the VC humus from a community treatment plant is rested as long as required?

In order to avoid that the humus from a VC treatment plant and subsequently the technology as such receive a bad reputation because some humus hasn’t been rested long enough and it is found having infected people, I would require that the treatment includes a step which kills any ascaris at once, ‘nukes’ them as you called it, before the humus is released for reuse.

I know that this Is not in line with your approach, but you have to consider that you plan only for yourself, while I am involved in the planning of sanitation for numerous communities with thousands of people. This requires most likely a different approach in sustainable sanitation.

(Maybe even an aspect which has to be considered more often in discussions here on the forum? I am a friend of UDDT technology. I know Elisabeth was operating an UDDT in her family house in Germany. But I am wondering how the urine from 25,000 household UDDTs in a low-cost, high density compound in Lusaka/Zambia can be collected regularly for reuse?)

Ciao
Hajo
We can't solve problems by using the same kind of thinking we used when we created them.
Albert Einstein
Any intelligent fool can make things bigger and more complex... It takes a touch of a genius - and a lot of courage to move in the opposite direction.
E.F. Schumacher
Everything should be made as simple as possible, but not simpler.

Re: Promote VERMIFILTRATION Technology for WASTEWATER PURIFICATION by EARTHWORMS to produce clean water

Folks please note what Prof. Sinha is talking about. Until his recent retirement he was the leading academic in this field. He has written many papers and knows what he is talking about. He wrote a fantastic review paper on this subject
www.scirp.org/pdf/TI20100300001_13953093.pdf
it may be nearly 10 years old but I have yet to see a more authoritative account of the many vermi technologies.

I have got to hand it you that every time you mention vermifiltration/vermifilters and how it can improve sanitation helps generate more interest in this technology. However what you may not know how it is more wide spread than you think. The largest vermifiltration plant in the world serves a town of ~15,000, and the highest no.of plants in any one country is Australia (upwards of 5000). There are companies that specialise in this type of technology (my one Wastewater Wizard is one of many). As well as treating sewage it can treat wastewater effluent from distilleries, breweries, food processors, tourist resorts, agriculture etc., so all in all quite an all rounder. I would be happy to answer any questions but I may be a wee bit slow as I am in Amsterdam next week at Aquatech.
The following user(s) like this post: fppirco, HarryTams, AjitSeshadri
You need to login to reply

Plz some more details about your verification technology. Anything have you done and where??
The following user(s) like this post: AjitSeshadri
You need to login to reply

20 Nov 2019 00:58 #28479 by saintie
Hi nasirsahar, my company is based in the UK however we are in the market further afield. For instance I will be in India in December. Our systems are for various types of wastewaters including sewage (from domestic properties), tourist developments, breweries, distilleries, food processors and agriculture. We also can do sludge treatment (as a retro fit) for existing wastewater plants. Our sludge treatment technology is unique in this field.

Although we tend to focus on larger scale applications you cannot ignore the requirements for many who face sanitation problems through no fault of their own. The Modi Government in India knows only too well the current problems; one just needs to see what is happening to the many water courses. Local (small scale) wastewater plants have been identified as the right fit solution due to inadequate sewerage infrastructure but local industry needs to clean up there act as well. A conservative cost here is $100B required year on year spend (for many years) to bring its waters up to an acceptable standard.

It is worth noting countries like India who are water scarce our solution (as well as treating the wastewater) would be to re-use the final effluent from our plants along with the worm casts. Today's problems require Circular Economy thinking to deliver real results, wastewater is one problem that is often overlooked to provide local benefits.
Last Edit: 20 Nov 2019 00:59 by saintie.
The following user(s) like this post: AjitSeshadri
You need to login to reply

Hi Kevin (Saintie),
Could you please fill in your forum profile and signature a bit so we know more about you. Feel free to give the link to your company, too. Welcome to the forum!

The largest vermifiltration plant in the world serves a town of ~15,000, and the highest no.of plants in any one country is Australia (upwards of 5000).

Could you please substantiate this statement with some website links or other documents? I live in Australia (Brisbane) so have a particular interest in the 5000 plants that you said exist in Australia. Thanks!

Specific query was raised on the 1st stage of VC, anareobic in nature not likeable by worms Etc.

In a bio- waste compost pit, we had to give lids ie perforated covers on top ... to prevent birds not getting hold of worms..
Worms are like factory workers, our life line.

The survived 5% were nurture cared . Our worm ie like army men increased for all + ves.. Great learning indeed for practitioners.

In this same tpopic, will deliberate in detail the dangers in sewer lines and systems and how best to ensure safe man-entry Etc.

Better still is to use Robotics methods 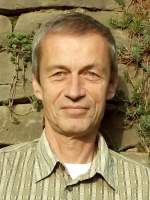 sad enough but understandable by your explanation.
You wrote you are composting in a pit. That sounds unusual to me. During the process of composting lots of CO2 is produced and this gas is heavier than air. So the pit can be a hazard in an area with hardly any wind. And then the cover on top.... But you found a high level of CH4?

I once crawled into the tunnels in Cu Chi in Vietnam. The old guerrilla tunnel of the vietcong. There was absolut no wind at that day and we were the first tourists in the morning. Half way through I started breathing very quick and out of the tunnel I had the explanation very clear in my mind. So I know what happened to your worms.

Have a nice day,

Heiner
Heiner, the old farmer.....
The following user(s) like this post: AjitSeshadri
You need to login to reply

26 Nov 2019 16:20 #28544 by AjitSeshadri
Dear Heiner.
Nice to note that you have got an actual feel of vermi composting.
We did learn all these nuances on field work, when with field workers at various site.
At most times, they could get what has happened, its when in next stages one gets to .. when - why - how - .. we get the picture to assess in totality.. of any issue or problem. Apt for trouble shoot. Great learnings to gain in field work.
Our well wishes..
Ajit
Prof. Ajit Seshadri, Senior Faculty in Marine Engg. Deptt. Vels University, and
Environment Consultant (Water shed Mngmnt, WWT, WASH, others) Chennai, India
You need to login to reply
Share this thread:
Recently active users. Who else has been active?
Time to create page: 0.716 seconds
Powered by Kunena Forum