Just wanted to inform you that earlier this week our research team published with Sage Journals an article about systemic inequalities in sanitation's leadership. Our team researched to ask if the sanitation sector's leadership is lacking diversity. The results, in a word, indicated the answer was "yes".

The abstract is as follows:


Diversity, Equity, and Inclusion in the global sanitation sector have not been the subject of extensive investigation or scrutiny. However, without diverse leadership, the sector will continue to experience failure, inefficient use of dwindling resources, and overall low sanitation coverage rates, with 2 billion people lacking sanitation access. This research presents the first quantitative study of sanitation leadership demographics. The results revealed that older, white males from High-Income Countries comprised over a third of all leadership positions. This research found that two-thirds of all sanitation leaders were white, with white leaders 8.7 times more likely to hold multiple positions across different organizations than Black, Indigenous, or other People of Color. Eighty-eight out of one hundred organizations were headquartered in a High-Income Country, and western institutions dominated education data. Black, Indigenous, and other Women of Color were the least represented group, highlighting the importance of an intersectional perspective when discussing gender and racial equality. These issues must be urgently addressed if the Sustainable Development Goal 6.2 targets are to be met effectively. Institutional reform, inclusive hiring policies, and transforming individual attitudes are starting points for change. More organizational data should be made available, and further research needs to be conducted on these topics if a change is to be seen in time for 2030. 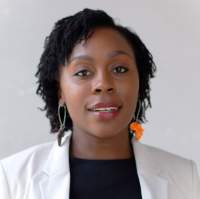 Thank you for sharing this publication.

I keep second-guessing myself about the meaning of SDG 6.2 leadership, especially when I read the part about 'White Male domination vs other groups etc''. This is probably because I may not be preview to the sample used for the research and i come from a different geographical context.

Could you share a little more about the definition and what constitutes  SDG 6.2 leadership?

In our methodology section, we defined leadership groups for this research:


"The research team collected demographic information for 1472 unique individuals on the board, leadership team, and/or heads of sanitation teams for the list’s sanitation organizations."

The word leadership means different things across the literature, which is why we waited until the methodology section to define how we saw it in our research. Hope that helps!

Thanks to the authors of this paper ( Kimberly Worsham ,  Ruth Sylvester ,  Georgia Hales ,  Kelsey McWilliams ,  Euphresia Luseka ) for doing this interesting and detailed analysis. I think a lot of the findings are probably in no way unique to the WASH sector, e.g. the low percentage of female CEOs, top managers etc. is well known - everywhere in the world and in all sectors. In addition to the male/female thing one could also investigate women with children versus women without children, as I think it's generally harder for women with children to hold down those high-pressure, long-hour jobs. Some of them might deliberately say "no" to that. I would be one of them. Could it be that work-life balance is more important for many mothers with young children than it is for fathers with young children? Anyhow, I am digressing. (but I recommend to anyone to follow the account "Manwhohasitall" on twitter, Facebook or instagram, it's a very revealing satirical account which reverses the roles).

There are two things I would possibly slightly question in your paper: In your conclusion you say "Western HICs continue to dominate all aspects of sanitation leadership.". I find the term "sanitation leadership" rather ill-defined (just like Chaiwe said, too). Sanitation can be so many things (including local businesses for solid waste transport for example) but you seem to have zoomed in on the whole donor/aid/development cooperation thing.  So shouldn't the statement rather be "Western HICs continue to dominate the top level management positions of organisations that provide aid in the WASH sector?." Also, isn't it somewhat logical that if the money is provided by HICs that there are more people from HICs in the leadership positions of those organisations? I guess it comes down to the whole aid system, questions over aid effectiveness, is aid creating dependencies etc.  (as a starting point see the Wikipedia article about criticism of aid:  en.wikipedia.org/wiki/Aid#Criticism )

My second point is this statement of yours in the abstract:

However, without diverse leadership, the sector will continue to experience failure, inefficient use of dwindling resources, and overall low sanitation coverage rates, with 2 billion people lacking sanitation access.

Do we have any scientific evidences that even with diverse leadership, the sector would not experience failure, inefficient use of dwindling resources, and overall low sanitation coverage rates? One might hope so but do we really have evidence? I remember reading articles that companies whose boards have a better gender balance make better investment decisions. But is there similar evidence to show that boards that have a more diverse make-up of gender, nationalities, ethnicity, educational background, with/without disabilities, age would result in a more functional WASH sector? What if the problems are more at the political level of the LMICs, i.e. much broader than what WASH sector professionals can influence?

Regards,
Elisabeth
Dr. Elisabeth von Muench
Independent consultant located in Ulm, Germany
This email address is being protected from spambots. You need JavaScript enabled to view it.
Twitter: @EvMuench
Founder of WikiProject Sanitation: en.wikipedia.org/wiki/Wikipedia:WikiProject_Sanitation
My Wikipedia user profile: en.wikipedia.org/wiki/User:EMsmile
The following user(s) like this post: paresh
You need to login to reply
Less

Thanks for this. I think it's worthwhile to take a step back from these comments to note a few things: To answer your comments: Thanks,
Kim & the other authors
--
NYU BS '08 | NYU MPA '10 | IWC/UQ MIWM '16
Sanitation Services Consultant & Edutainer
Founder, FLUSH LLC
The following user(s) like this post: paresh
You need to login to reply
Less

12 Dec 2021 00:10 #33107 by Elisabeth
Thanks for these points. I find that when you communicate your hypothesis, the abbreviated form of "Our primary hypothesis was that sanitation leadership is white and male" might lead to confusion (it confuses me). I would find it helpful if this was spelled out more precisely even if it's a bit less catchy as a phrase. Leadership and management is not necessarily the same thing. What you're actually talking about is upper management levels, isn't it? Leadership in my opinion could also be politicians or activists.

Also, regarding your statement:

You've pointed out that if money is coming from HICs, it makes sense for leaders to come from those organizations. This is one of the problems we're trying to address in the paper - that we need to remember why this is the case (years of colonialism of which the power structures are still intact today) and the efforts we need to make to undo this.

Could you please elaborate a bit on this? Do you mean the problem that there seems to be a necessity for money to flow from a HIC to a LIC*, or that the HICs have a preference for those financial contributions to be managed by someone from a HIC? I guess we could open this can of worms more broadly and question the effectiveness of aid, and also the effectiveness of the whole expat model for management of projects. I sometimes wonder whether the Covid pandemic might have shown us that we don't actually need so many expats and that projects can be managed with fewer helicopter visits or expats from HICs.

Eventually, would the problem dissolve itself if sanitation expenditure came from local taxes and not be supported by external funds, large NGOs, donors etc. from richer countries? It would perhaps dissolve the problem of "white males in leadership" but the issue of "males in leadership" might continue on, as that is quite pervasive all over the world, right?

I'd like to point out another possible (and rather well known) reason for the lack of diversity in sanitation (and broadly WASH) sector leadership is the lack of diversity in higher education institutions (HEIs). As both of you rightly point out, these issues are structural and sector professionals can do little about it. Fortunately, many SuSanA members are part of leadership in such HEIs and can initiate small changes that can bring about a large change at a later stage. In that spirit, I’d like to point to this independent review at LSHTM which found evidence of racism and inequities in the school.

In India, there have been series of reports (see  here ﻿ and  here   for example )that have found positions reserved (for representation purpose) for historically marginalised groups remaining vacant for years and HEIs not taking efforts. Only recently, under pressure from the Union government some HEIs have been conducting special recruitment drives to fill such positions.

I think the sector level understanding your paper brings out needs to be accompanied by such studies at institution/organisation level. This can help understand different ways in which the systems work to reproduce and perpetuate and inequities along various axes like race, caste, gender, sexual orientation, and others. They together can help identify  measures needed at the micro and macro level to make institutions, sector and our society more inclusive.

(This post is based only on this piece , shall read the complete report later and comment if needed)
Paresh Chhajed-Picha
Researcher at Indian Institute of Technology - Bombay, India
This email address is being protected from spambots. You need JavaScript enabled to view it. Twitter: @Sparsh85
Wikipedia: Sparsh85

The following user(s) like this post: ncarrard
You need to login to reply
Page selection:
Share this thread:
Copy URL
Recently active users. Who else has been active?
Time to create page: 0.232 seconds
Powered by Kunena Forum