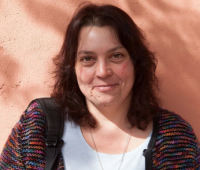 09 Dec 2019 18:32 #28620 by Bistra
Hi,
We would like to put some more information about WECF activities and finalised projects on the SuSaNa webpage. We have used the SuSanA case study template, see here:

A project implemented by WECF (Women Engage for a Common Future), funded by the Federal Ministry for the Environment, Nature Conservation and Nuclear Safety. Project partners from Romania, North Macedonia and Albania.

Based on the WSSP-Compendium developed by WECF, teachers and pupils in rural areas of Romania, North Macedonia and Albania were trained on WSSP and WASH. In Romania, a WSSP training programme for teachers was set up and accredited at state level. Also, a guideline for small communities on risk-based drinking water management was developed.
The project contributed to raising awareness and empowering the local population about environmental protection and sustainable water and sanitation management. This improves living conditions in rural areas. In addition, improved cooperation between NGOs, schools, experts, authorities and politicians supported the democratisation of the countries.

Especially in North Macedonia and Albania, the water and sanitation supply is well below EU standards, but there is also a strong need for action in Romania. In the three project countries, there is a large gap between rural and urban areas in terms of infrastructure and living conditions. In many rural areas, the water supply and sanitation systems are not up to date and need to be improved. Families are often dependent on a private or public well for their water supply, which is usually not adequately protected against anthropogenic pollution. In addition, information on water quality is not known or accessible to the public in rural areas. In many wells or small water supply systems, nitrates and microorganisms exceed the maximum allowed EU standards for drinking water.
In rural areas, simple latrines that pollute the environment are commonly used. When investing are made in centralised wastewater treatment, larger municipalities or cities are generally preferred, which puts many rural residents at a disadvantage in terms of safe water supply and sanitation.

The majority of the population, lack knowledge about the exact link between water quality, sewage and waste disposal, hygiene and health. Often pollution of drinking water sources has anthropogenic causes in many places and can also be remedied locally or regionally.
The lack of knowledge and information about these interrelationships contribute to diseases, especially among children, which can be prevented through improved hygienic practices and sanitary facilities.

In 2014 WECF published a three-part compendium on WSSP in rural communities with a focus on schools (funded by DBU, German Federal Environmental Foundation) – based on the WHO guidelines on "Water Safety Planning" and "Sanitation Safety Planning" for cities. A second edition was published in 2016 (funded by BMU, Federal Ministry for the Environment, Nature Conservation and Nuclear Safety). The concept of WSSP addresses the identification of risks that may affect water and sanitation security and human health. Following the risk assessment, risk mitigation and risk management measures are identified. WSSP is discussed, developed and implemented with the involvement of all stakeholders and can be planned and implemented for large cities, small rural communities or individual buildings.

Based on this compendium, several educational activities have already been carried out in schools, where pupils were introduced to WSSP and interactively designed WSSP for their school building.

Within this project, a Train-the-Teacher programme "Training of skills for the active participation of schools in WSSP" was developed for Romania. The training was accredited at state level, so that in future all teachers will have to participate regularly. It is aimed at primary school teachers and aims to provide teachers with the necessary know-how and tools to teach pupils the necessary knowledge about water in general, the water cycle, drinking water quality requirements, water supply systems, water pollution, sewage and sanitation systems and their interconnection, while at the same time promoting environmental awareness.
Based on part C of the WSSP Compendium and in accordance with the Romanian country-specific requirements for teaching materials, various teaching materials for WSSP were produced. To support the teachers, a series of presentations had been developed, and a student workbook entitled "Water Safety in the 21st Century" as well, which will be provided to teachers in a "ready to print" format.

As a member state of the EU, Romania had to implement the requirements of Annex 1 of the EU Drinking Water Directive on risk-based drinking water management (WSP approach) in 2017. Therefore, Aquademica, with the support of the Romanian Ministry of Health, developed a "Guideline for small communities on risk-based drinking water management" as a binding regulation in Romania.
The project also included several educational activities and workshops for teachers and other stakeholders in Albania and North Macedonia. The workshops were generally conducted in the target communities with the help of the WSSP Compendium. Knowledge about water cycles, requirements for drinking water quality, ways of water pollution, requirements for safe sanitary facilities or the treatment of faeces and their risks were thus vividly passed on, whereby the respective living conditions of the population were taken into account. Simple methods of measuring the quality of water by measuring turbidity and odour as well as nitrate values using rapid tests were presented and practiced.

WIDSH organised a workshop in Albania for 26 representatives of local educational and health institutions, water companies, doctors of the health centre and community members of Malësi e Madhe. They were trained both on WSSP guidelines and the Compendium. Also, the implementation of risk assessments was presented.

In addition, various educational measures were carried out for school and kindergarten children in Albania and North Macedonia. The pupils were offered practical activities within the framework of the WSSP programme, such as water analyses, excursions to the water catchment area, visits to toilet facilities and an exchange of experiences with other schools - according to Part C of the WSSP Compendium. Kindergarten children were taught the basics of hygiene in a playful way through painting and hand washing activities. In the primary school of the Albanian community Malësi e Madhe, a WASH club with 25 children was founded, which now also ensures the sustainability of the project in the school.

As there is often a lack of know-how on water quality and sanitation in North Macedonia, 30 different stakeholders were informed in a round table on "Directive 98/83/EC on the quality of water intended for human consumption".
A second round table was organised on "Should access to water be enshrined as a human right in the North Macedonian Constitution? 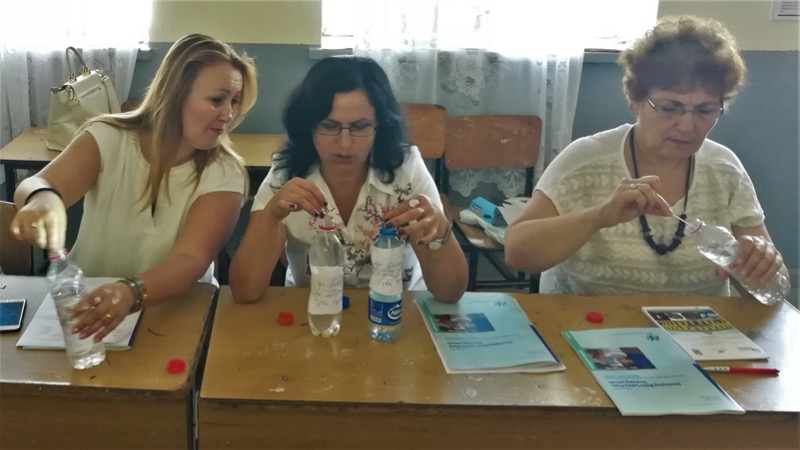 “. The aim of the discussion was to promote public and professional discussion on the need to include the right to water in the North Macedonian Constitution. Water should be available to the North Macedonian population in sufficient quality and quantity – financially sustainable and without any form of discrimination.
The three-part compendium on WSSP in rural communities published by WECF is freely available in English, Romanian, Albanian, Northern Macedonian and Bulgarian.

The activities based on the compendium – both WSSP training and WSS planning itself – are applicable to most rural areas in the Balkans and beyond. WECF has already successfully implemented several measures and is expected to extend them to other regions.
As the compendium is freely accessible, WSSP activities can also be carried out by all other interested actors.

You need to login to reply
Page selection:
Share this thread:
Copy URL
Recently active users. Who else has been active?
Time to create page: 0.344 seconds
Powered by Kunena Forum